12 Details About Rasputin's Controversial Life Not Many People Know About 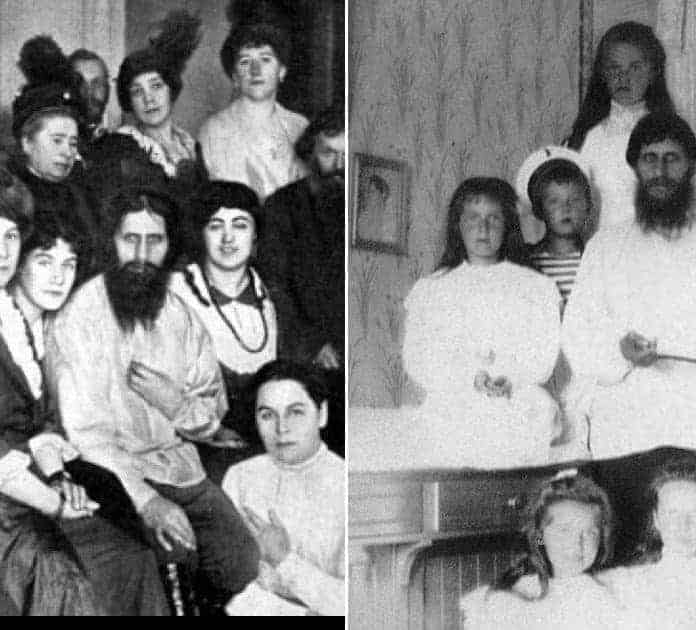 Rasputin can be defined as many things. He was an illiterate Siberian peasant, charlatan, mystic, holy wanderer, faith healer, blasphemer, and notorious lecher. Effectively, Rasputin led an extraordinary and controversial life. His greatest achievement came in winning favor with the final royal family in Imperial Russia, the Romanovs. His inexplicable ability to soothe the suffering of their hemophiliac child and heir, Tsarevich Alexei Nikolayevich, quickly won him favor with Tsarina Alexandra. The resulting proximity to the throne made him an incongruously powerful and influential figure in the Russian Empire’s final years.

After gaining the confidence of Russia’s rulers with his holy act of saving their child, many believed Rasputin transformed them – particularly the Tsarina Alexandra – into virtual puppets. He was careful to keep up the pretense of being a humble and holy peasant while in the royal presence. Outside the court, he was rumored to be a drunken and licentious womanizer, who claimed that his body had holy powers. Many also believe he led a sexo-religious Christian sect whose adherents engaged in wild orgies . This and other debaucherous lifestyle habits led the Russian public to resent Rasputin. They believed he offered Russia’s rulers disastrously bad advice, which they would take, in the mistaken belief that Rasputin was a holy man blessed by God, and so would not steer them wrong. Unfortunately, he steered them catastrophically wrong – using his favor with the royals for personal gain. In the final years of the Romanov Dynasty, Rasputin exerted such a malign influence in court that he became one of the most powerful figures in the Russian Empire. Cabinet ministers, generals, and high ranking government officials were appointed and dismissed based on his whims, religious visions, and dreams.

Following are twelve of the most fascinating things about the extraordinary life and career of Rasputin, one of history’s greatest charlatans.

He Had One of History’s Most Adventurous Biography

Rasputin’s most prominent feature was the penetrating stare of his blue eyes – which was consistently described by many who experienced it as magnetic and hypnotic. As one noblewoman put it: “What eyes he has! You cannot endure his gaze for long. There is something difficult in him, it is like you can feel the physical pressure, even though his eyes sometimes glow with kindness, but how cruel can they be and how frightful in anger…”

Rumors followed him since an early age. At the age of 10, it was said he could read minds and heal the sick. Growing up, he developed a taste for thieving, drinking, and sex. He joined a heretical sect that had splintered off from the Russian Orthodox Church. He then sought to form his own cult, whose members needed to “experience sin” to become one with the Divine. He made it to the Russian capital of Saint Petersburg as a wandering hermit, where his weird ideas and magnetic personality attracted the attention of high society. High society women particularly paid Rasputin attention; they flocked to offer themselves to him and his doctrine of religious redemption through sin.

Eventually, he met Russian Empress Alexandra who – being so distraught over her hemophiliac sons suffering – was willing to try anything to help her boy. After word of his powers reached Alexandra, she decided to take a plunge. Much to the public’s surprise, Rasputin succeeded where doctors had failed in relieving the young heir’s suffering. She came to believe him holy, showered him with favors, and refused to hear any criticism of the sundry ways in which he abused his sudden elevation and access to power. It became widely reported that he was cuckolding the Russian Emperor, Nicholas II, and that he had become not only the Empress’ lover, but was ravishing her daughters as well. Reports which Rasputin himself lent credence by boasting when drunk of his sexual escapades with the imperial family. That brought the imperial family into disrepute, and undermined the prestige upon which the very concept of Russian autocracy rested.

Exasperated by Rasputin’s abuses and the Empress’ refusal to banish him, one of the Emperor’s cousins lured him to his palace. There, Rasputin was murdered in a wild assassination that required poison, bullets, beating, bludgeoning, strangulation, and finally drowning, before he gave up the ghost and died. To cap off his extraordinary life, he had prophesied that if he was killed, the Russian people would tear down Russian Tsardom, and that the imperial family would not live more than two years after his. A prophecy which proved eerily prescient.