Here's How the Original Sleepwalking Killer Escaped the Police, But Only for a Short While 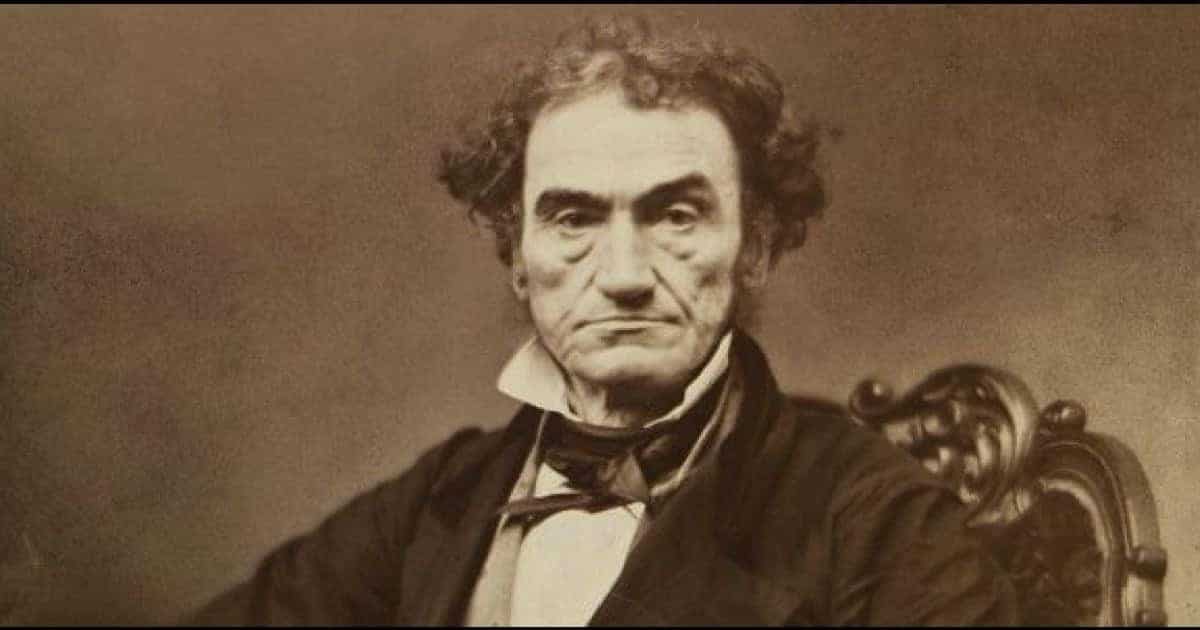 Here’s How the Original Sleepwalking Killer Escaped the Police, But Only for a Short While

Parasomnias are classified as sleep disorders, and sleepwalking is one of the most common. In most instances, it is harmless, but in very rare cases, parasomnias can lead to dangerous and even murderous actions. This was the case with Albert Tirrell who was accused of murdering a prostitute in Boston in 1846. It was a particularly gruesome murder, and Tirrell fled to the state of New Orleans. It seemed certain that he would be found guilty until his lawyer, Rufus Choate, saved his client with what became known as the ‘sleepwalking defense.’

Since then, there have been over 60 cases of ‘homicidal sleepwalking’ including the famous case of Kenneth Parks who murdered his mother-in-law in 1987. In each case, the accused claimed to have no record of the attack. While Parks, Tirrell and a few others escaped; others such as Michael Ricksgers were found guilty. In many ways, it extremely difficult for the defense to prove a defendant was sleepwalking but it is also a defense that can be hard for a prosecution to counter. In the case of Tirrell, his lawyer knew how to ensure his client walked free.

Albert Tirrell was certainly no angel. In fact, his relationship with his victim, Mary Bickford, caused a scandal in the Boston area. He was known as a womanizer and left his wife and children to be with Bickford, who was also married. She had married her husband, James, in Maine when she was just 16 years of age. After losing a child in infancy, she was invited to Boston by family friends.

It didn’t take her long to become enamored with life in the big city. When she returned to Maine, she didn’t stay long and returned to Boston. James went to the city to find his wife and discovered that she worked as a prostitute, so he returned to Maine without her. Meanwhile, Bickford worked in several brothels and eventually met Tirrell. They traveled together as a married couple and were known to have a number of passionate quarrels.

During their torrid relationship, Tirrell inherited $8,000 when his father died in 1844, a huge sum of money at the time. He squandered the cash, most of it on Bickford. Although they stayed at the best hotels and enjoyed the good life, Bickford refused to end her life as a prostitute, a fact that enraged Tirrell. He was indicted on charges of adultery on September 29, 1845, and was eventually arrested a little while later.

Meanwhile, Bickford wrote to her husband James and complained about the way Tirrell was treating her. A major fight between Bickford and Tirrell resulted in the breakup of their relationship in June 1845. Even so, the two couldn’t stay apart, and on October 26, Tirrell visited Bickford in a sleazy boarding house owned by Joel Lawrence. At around 5 am on the morning of October 27, Lawrence and his wife heard a shriek and a thud from upstairs followed by the sound of someone running down the stairs and out the door. They entered Bickford’s room and were horrified by what they saw.

Lawrence and his wife found 21-year old Bickford lying on the floor. Her throat has been savagely cut; her windpipe and jugular vein were severed. Overall, the wound on her neck was three inches deep and six inches long. The murder weapon, a bloodstained razor, was found at the foot or her bed. The killer had apparently tried to set fire to the bed, and Bickford’s hair was singed while her skin was charred. There was also a bloodstained vest and a cane belonging to a man in the room.

The Lawrences had seen Tirrell enter Bickford’s room, but he was nowhere to be found. There was even a letter in the room which was from J. L. T. to M. A. B. It didn’t take Colombo to figure out that Tirrell was a person of interest in the case and his sudden disappearance only made it more likely that he was guilty. Tirrell was indeed on the run and spoke to the owner of a livery stable at around 5:30 am looking for a horse. He told the stable owner that he needed to go to his father-in-law as he was in a bit of difficulty.

Tirrell went to Weymouth and then to Canada. Once in Montreal, he boarded a boat bound for Liverpool, England, but bad weather forced it to turn back. He fled to New York City and boarded a boat to New Orleans. At this point, he was a wanted man so the authorities in Louisiana were waiting for him and Tirrell was arrested on December 5, 1845.

The Winds of Change

When Tirrell was on the run, public opinion was very much against the fugitive. The brutality of the murder meant everyone in Boston wanted the killer to be caught and brought to justice. Then a very strange thing happened; in the nearly four months between his arrest and the beginning of the trial, the public became sympathetic towards Tirrell. They believed he had been seduced by a disreputable woman. Clearly, Bickford’s reputation preceded her.

Even with the weight of public opinion behind him, the deck was stacked against Tirrell when the trial began on March 24, 1846. The circumstantial evidence against him was extremely strong. A number of witnesses could testify to the couple’s affair, and Tirrell could be placed at the murder scene on the night of the murder. However, there were no eyewitnesses to the crime.

Another major plus for Tirrell was the fact that he had renowned attorney, orator, and former United States Senator, Rufus Choate, as his defense counsel. The prosecution began by providing testimony from the Lawrences and other boarding house residents who claimed Tirrell spent the night with Bickford and left her room before the break of dawn. Choate countered by casting doubt on the testimony by painting the prosecution witnesses as unreliable. The defense also brought in character witnesses who all swore that Tirrell was a good and honorable man. Even so, Choate knew the case was in the balance. This was when he mounted his brilliant sleepwalking defense.

Anniss Merrill, one of Choate’s junior counsel, delivered the opening argument for the defense and offered the possibility that Bickford committed suicide, an end that was “almost the natural death for persons of her character.” The nature of the wounds meant suicide was unlikely, but Choate and his team remained on the offensive. Perhaps there was another killer? A fireman testified that Joel Lawrence initially tried to keep him out of the room. Was Lawrence hiding something?

However, Choate’s big surprise was yet to come. As he was plotting Tirrell’s defense, Choate came up with a daring tactic: Claim that Tirrell was a chronic sleepwalker and suggest that he committed the act while in a sleeping state which meant he couldn’t be held responsible for his actions. No one had used this kind of defense in American legal history, but Choate believed he could pull it off.

Once he introduced the sleepwalking defense, Tirrell’s family and friends were called to testify, and each of them recounted his strange behavior while asleep. According to these witnesses, Tirrell was a chronic sleepwalker and had been since the age of six. Moreover, these spells became more frequent and more severe as he grew older. One cousin even claimed that in September 1845, Tirrell pulled him out of bed and threatened him with a knife, all while asleep. According to the Dean of Harvard Medical School, Walter Channing, who was called to testify, it was possible for someone to wake up in a somnambulistic state, get dressed, commit murder, set fire to a room, and make his escape.

On day four of the trial, Choate brought proceedings to a close. He promised not to keep the jury waiting then proceeded to speak for five hours before having a break followed by another 90-minute closing speech. Choate used the time to ridicule the case of the prosecution and reiterate the sleepwalking defense.

On 28 March, the judge spoke for 90 minutes, and it was becoming clear that Choate’s defense would be successful. The judge reminded the jury about Bickford’s life as a prostitute and suggested somnambulism was a form of insanity. The jury deliberated for two hours and returned their verdict: Not Guilty. Those who were packed into the courtroom jumped up and started applauding while Tirrell burst into tears of relief.

However, he was not quite off the hook. Tirrell also faced charges of arson which was a capital crime in Boston at that time. While Choate used the somnambulism defense to secure another acquittal, the judge sentenced Tirrell to three year’s hard labor for the crimes of adultery and lascivious cohabitation.

Tirrell showed his gratitude by writing a letter to Choate demanding half his legal fees back as a refund. His rationale? It had been too easy for Choate to persuade the jury he was innocent. Tirrell lived the rest of his life in anonymity and died in 1880. Only Tirrell and his defense team know if he killed Bickford while sleepwalking or if it was simply a case of cold-blooded murder.