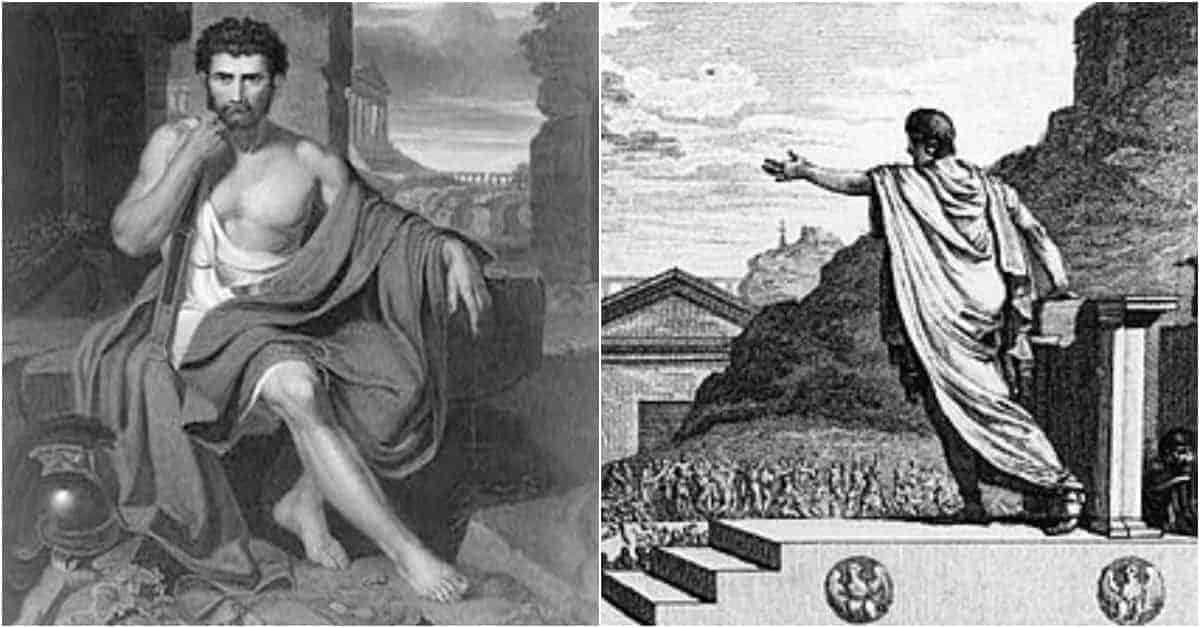 Gnaeus Pompeius Magnus, better known as Pompey or Pompey the Great (106 – 48 BC) was one of the greatest statesmen and generals of the Roman Republic’s final decades, who was first Julius Caesar’s son in law and partner in the First Triumvirate, then his rival, and finally enemy, during the civil war that followed Caesar’s crossing of the Rubicon into Italy in 49 BC.

Pompey was born into a family that had only recently joined the senatorial ranks, but that was nonetheless powerful and incredibly wealthy, with vast holdings in Picenum in central Italy. Pompey’s father was a general who became consul in 89 BC and had a reputation for double-dealing, greed, and ruthlessness. An ally of Sulla, he was killed during the civil war against the Marians in 87 BC, and 19-year-old Pompey inherited his vast wealth and, more importantly, his legions.

Upon Sulla’s return to Italy from the war against Pontus, Pompey joined him with 3 legions in his march on and seizure of Rome. Sulla then sent him to recapture Sicily and Africa from the Marians, which he accomplished in two lightning campaigns by 81 BC, after which he executed the captured Marians and was named Magnus, or “the Great” by his troops.

After Sulla’s retirement, Pompey menaced the Senate into appointing him commander of the war against the final Marian remnants in Hispania, which he eventually won after considerable effort by 71 BC. He took his army back to Italy with him, ostensibly to help put down Spartacus slave revolt, but in reality to guarantee his election to the consulship in 70 BC.

In 67 BC, he was given authority throughout the Mediterranean to settle a piracy problem that had grown out of control, and he managed to do so in a brilliant campaign that lasted only 3 months. He was then appointed to command a war against Pontus, and granted authority to settle the entire eastern Mediterranean, which he did by annexing some kingdoms into the Roman Republic and reducing others to client state. That settlement was his greatest achievement and one which, with few modifications, lasted for over 500 years.

Returning to Italy in 62 BC, he sought land upon which to settle his veterans and legislation to ratify his settlement of the east, but political chaos in Rome prevented that. He finally accomplished his goals after forming Triumvirate with Caesar and Crassus to divide Rome’s power amongst the trio, sealing the deal by marrying Caesar’s daughter. After Crassus died in 53 BC, followed by Pompey’s wife and Caesar’s daughter soon thereafter, the remaining Triumvirs drifted apart, and finally went to war in 49 BC.

Pompey and the optimates conservative faction fled to Greece, where they raised an army. Caesar followed, and Rome’s two greatest generals finally met at the Battle of Pharsalus in 48 BC. Caesar proved greater, and Pompey’s army was crushed. Fleeing, he sailed to Egypt, where he was inveigled to come ashore, only to get assassinated and have his head chopped off as soon as his feet touched Egyptian soil.