This Day In History: Julius Caesar Crosses the Rubicon (49 BC) 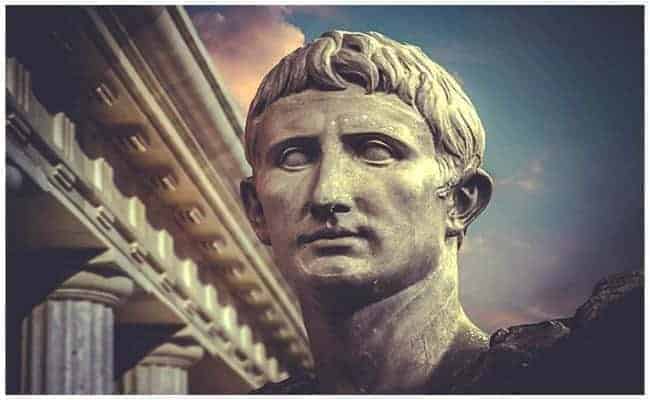 This Day In History: Julius Caesar Crosses the Rubicon (49 BC)

On this day in history in 49 B.C.- Julius Caesar crossed the Rubicon River and starts a civil war in the Roman Republic. There had been many civil wars in the previous century but the one started by Caesar was to change Roman history forever. The river Rubicon was considered to be the dividing line between Italy and the rest of the Empire. Any general who led an army across this river was committing an act of treason against the state and was officially a traitor. Caesar took this extraordinary action in order to ensure that he retained control of his army. He had used this army to conquer Gaul but he had refused to relinquish command of this army at the appointed time. At this time the legions of Rome were personally loyal to their commander and not to the Senate of Rome. The legionaries in Caesar’s army were more loyal to him than Rome. This was a real problem for Rome and it resulted in an endless series of wars in the First Century B.C.

He believed that if he did that his many enemies in Rome would have him imprisoned or even executed. Caesar felt that he had no choice but to defy the Roman Senate which he believed wanted him sidelined or even dead. When he crossed the Rubicon, he was well-aware of the consequences but he was as ever prepared for a fight.

When the Roman Senate heard that Caesar had crossed the Rubicon there was uproar. However, they had no army with which to defend the city and the army of Caesar occupied the city and within weeks, the rest of Italy. Under the leadership of Pompey the Great, the senators assembled an army in the Balkans. Caesar crossed into the Balkans and he defeated the army of Pompey. However, the civil war was far from over. Soon there were anti-Caesarian revolts all over the Empire. Even the assassination of Pompey in Egypt did not end the Civil War. Eventually, Caesar was able to subdue the Empire and he made himself the dictator of Rome. He was a king in all but name. This aroused the resentment of many in the elite, although the people loved Caesar. There was a conspiracy against Caesar and he was assassinated as he entered the Roman Senate House. This started another civil war and this was one by Mark Anthony and Octavian. In a later civil war, Octavian (grand-nephew of Caesar) defeated Mark Anthony. Octavian later became Augustus, the de-facto first Emperor of Rome. When Caesar crossed the Rubicon he set off a chain of events that led to the fall of the Roman Republic and the emergence of an Imperial system in Rome.