The Men Who Changed Rome: 6 of the Roman Republic's Most Important Figures

The Men Who Changed Rome: 6 of the Roman Republic’s Most Important Figures 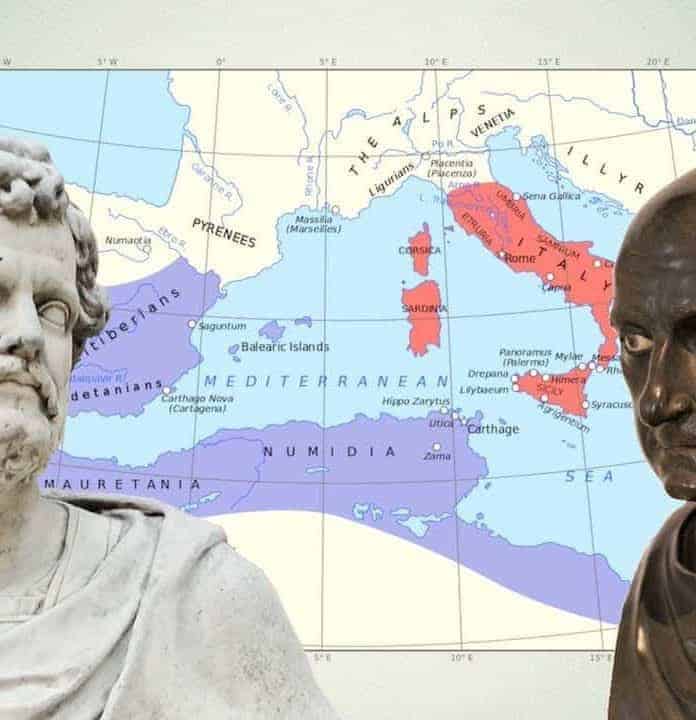 The Roman Republic lasted for almost 500 years and produced some of the most famous people in world history. From its humble beginnings, Rome created one of the globe’s greatest empires, and the men below were among the most important in the Republic. As Rome only began to impose its will and expand in the later years of the republic, the list starts with people born towards the end of the third century BC.

Scipio Africanus is widely regarded as one of the greatest Roman generals of all time. His biggest achievement was unquestionably his defeat of Hannibal in the Second Punic War; his exploits in Africa earned him the nickname ‘Africanus.’ He was born in Rome in 236 BC, and the Scipio were part of the Cornelli, one of the six major patrician families in the city. Scipio’s great-grandfather and grandfather were consuls and censors while his father was a consul.

His military career began in the early part of the Second Punic War, and he quickly showed his bravery by saving his father’s life in a skirmish at Ticinus. Scipio was a survivor of the disaster at Cannae in 216 BC and back in Rome, he won the curule aedileship despite not being of legal age to hold the office. His resilience was tested in 211 BC when his father and uncle were killed by the Carthaginians. Scipio took command of the Roman armies in Spain and enjoyed his first significant victory in 209 BC when he took New Carthage after a siege.

He became known for his fair treatment of prisoners and hostages; these actions reduced the level of local resistance to the Romans who became seen as liberators rather than invaders. Indeed, some local chieftains pledged their support to Scipio after seeing how he treated others. Scipio found success in his first pitch battle against Hannibal’s brother, Hasdrubal, at Baecula in 209 BC. Three years later, victory at Ilipa forced the Carthaginians to leave Spain.

In 205 BC, Scipio received a consulship but was compelled to cobble together an army from his supporters in Rome after the Senate refused to give him any extra troops beyond a Sicilian garrison. He launched his African invasion in 204 BC and won a significant victory at Utica in 203 BC. Scipio outmaneuvered the brilliant general Hannibal at Zama in 202 BC and won a decisive victory that ended the Second Punic War. Unlike other generals of the age, Scipio decided not to plunder his fallen rivals.

Despite never losing a battle in his career, the great Roman military hero could never fully enjoy retirement. Cato the Elder and other political enemies tried to tarnish his name. After surviving numerous allegations of corruption, Scipio settled in Literum and died there in 183 BC. While he may have died of a fever, some historians claim he took his own life. To his credit, Scipio tried to prevent the ruin of his one-time rival Hannibal. However, he failed as the former Carthaginian general was harassed and pursued by the Romans and committed suicide in 183 BC.