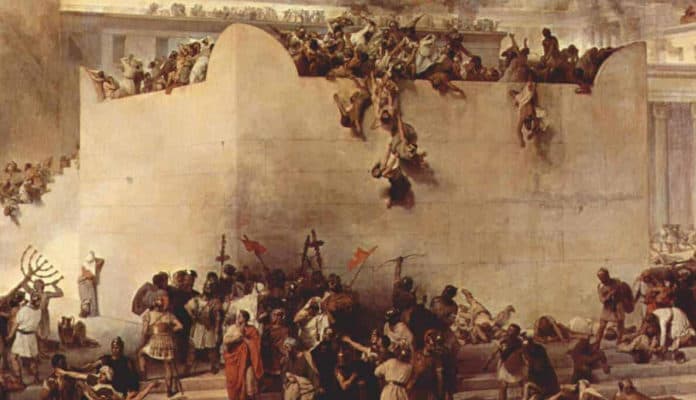 Weird as we might think the world is getting today, it probably doesn’t come anywhere close to the odd, fascinating, and sometimes bonkers bizarre weird stuff that used to go on in the ancient world. Following are forty things about lesser known facts from ancient history, that most people don’t know about.

40. Roman Fathers Could Sell Their Kids Into Slavery – But Only Three Times

Whatever complaints might be made about the patriarchy today, it was nothing like the patriarchy back in the days of ancient Rome. There, the degree of authority that a Roman head of the household, or pater familias, exercised over the family would shock modern sensibilities. At the lower end of the spectrum, Roman law and tradition granted the family patriarch the power to reject or approve the marriages of his sons and daughters. At the more extreme end, those laws and traditions granted Roman patriarchs a literal power of life and death over their family. Indeed, in some instances, such as when it came to deformed babies, Roman law mandated that the patriarch put to death infants with obvious deformities.

Roman law also granted fathers the right to sell their children into slavery. It was not the kind of thing that was done as a matter of routine, but typically happened only in dire circumstances, when hard pressed patriarchs sought to ease their burdens. While the practice was not widespread, it did take place from time to time. However – and for what it was worth for the kids – a father’s right to sell his kids was not absolute. He could only do so a maximum of three times – assuming the kids regained their freedom after each occurrence – before the thrice enslaved kids were deemed forever free from his familial authority.