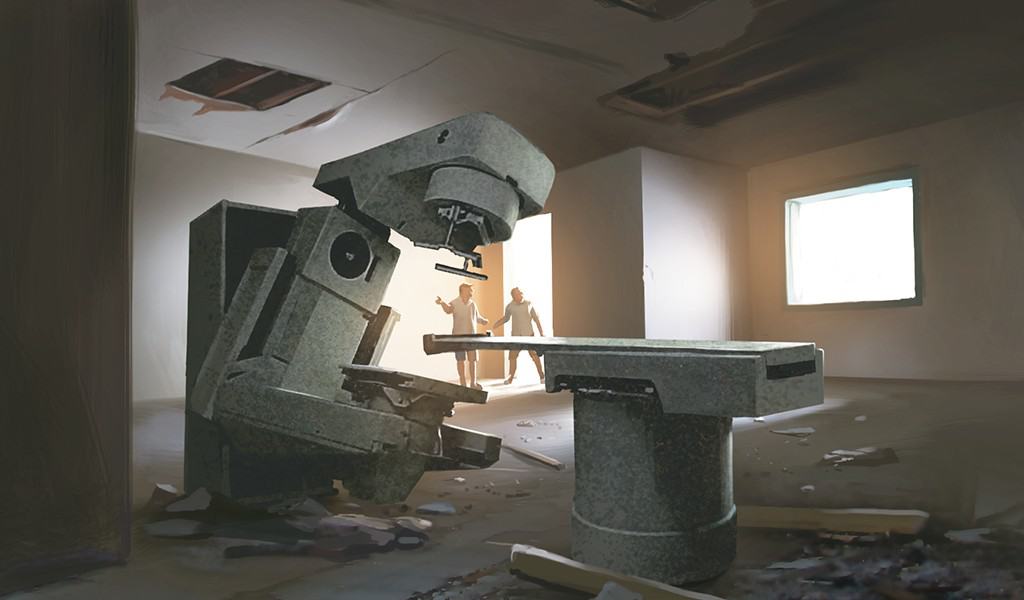 4. A Bright Lawyer’s Idiot Side

Canadian attorney Gary Hoy (1955 – 1993) was a respected senior partner at a Toronto law firm. Before he went to law school, Hoy had been an engineering major, and the robustness of modern building techniques was a subject of particular interest to him. He was peculiarly proud of the tensile strength of the windows at his office in the Toronto Dominion Center, a downtown high rise, and was in the habit of demonstrating their sturdiness by body checking them.

As things turned out, and as he discovered on July 9, 1993, it was an ill advised habit, worthy of an idiot. That evening, Hoy was at a welcome party for law student interns, in a conference room on high rise’s 24th floor. In a bid to impress the interns with the office windows’ strength, Hoy sought to demonstrate that they were unbreakable by throwing himself at the glass panes. He had done so many a time before, and always bounced off harmlessly. Not this time.

3. An Idiot Death Made This Obscure Lawyer World Famous

As a Toronto police detective described what happened when Gary Hoy tried to demonstrate the sturdiness of his building’s windows on July 9, 1993: “At this Friday night party, Mr. Hoy did it again and bounced off the glass the first time. However, he did it a second time, and this time crashed right through the middle of the glass“. The idiot lawyer fell to his death 24 floors below. His unfortunate demise could have been averted had he left window tensile strength testing to the experts.

As a structural engineer told the Toronto Star in the aftermath: “I don’t know of any building code in the world that would allow a 160 pound man to run up against a glass window and withstand it“. Hoy’s auto-defenestration made the obscure lawyer a greater celebrity in death than he had ever been in life. His demise became the basis for sundry urban legends that were actually based on a true factual foundation. His death was featured in episodes of the TV shows Mythbusters and 1000 Ways to Die, garnered him entries in Snopes and Wikipedia, and won him a 1996 Darwin Award.

2. When You’re So Awful That You Become Known as “The Bad”

King Charles II of Navarre (1332 – 1387), infamously known as Charles the Bad, was a powerful French magnate with extensive holdings throughout France. From 1349, he was also the king of Navarre, a small kingdom on the Pyrenees Mountains between France and Spain. He became known as “the Bad” because of his propensity for intrigues, bad faith dealings, betrayals, dishonesty, and double crosses as he attempted to expand his kingdom at his neighbors’ expense. During the Hundred Years War, he plotted with the English to betray France, and was arrested and imprisoned by the French King John II when his treachery came to light.

Charles escaped from prison and 1357, and began a series of intrigues with a variety of French parties, betraying nearly all, one after the other. After John II’s death, his successor forced Charles to renounce most of his holdings in France. In 1378, Charles the Bad was forced to cede nearly all of his remaining French holding when evidence of new treachery was discovered. He had not only planned to again betray France to the English, but plotted to go one better this time and poison the French king while he was at it.

1. Karma Caught Up With Charles the Bad in the Form of an Idiot Servant’s Mistake

Charles The Bad’s poor reputation was no better in Spain, where he allied with Peter the Cruel of Castile against Peter IV of Aragon in 1362. He then turned around and betrayed Castile the following year, and switched his support to Peter IV against Peter the Cruel. In 1378, Castilian armies invaded Navarre and Charles was forced to flee. Out of allies, having betrayed them all, Charles was forced to accept a humiliating treaty that defanged his kingdom and reduced him and his realm to Castilian clients. Karma finally caught up with him in 1387. That year, an illness that impeded the use of his limbs led a physician to prescribe that he be swaddled from head to foot in linen cloth steeped in brandy or other spirits of wine.

A maid, tasked with securing the swaddling cloth snugly around the king’s body by sewing it in place with yarn, realized when she was done that she had no scissors with which to snip the excess yarn. So she resorted to an otherwise common alternate method for thread cutting, that turned out to be an idiot idea in the circumstances: she reached for a candle to use its flame to burn off a section of yarn. The alcohol-infused cloth caught on fire, and Charles the Bad, tightly swaddled in the burning linen, was unable to escape. He suffered horrific burns all over his body, and lingered for two weeks in extreme agony before he finally succumbed.

Daily Sabbah, August 7th, 2015 – The History of Fratricide in the Ottoman Empire

Gonick, Larry – The Cartoon History of the Universe, Volume II (1994)

Snopes – Did a Man Die Demonstrating a Window’s Strength?

Wikipedia – Ibrahim of the Ottoman Empire