The Rise and Fall of the Han Dynasty 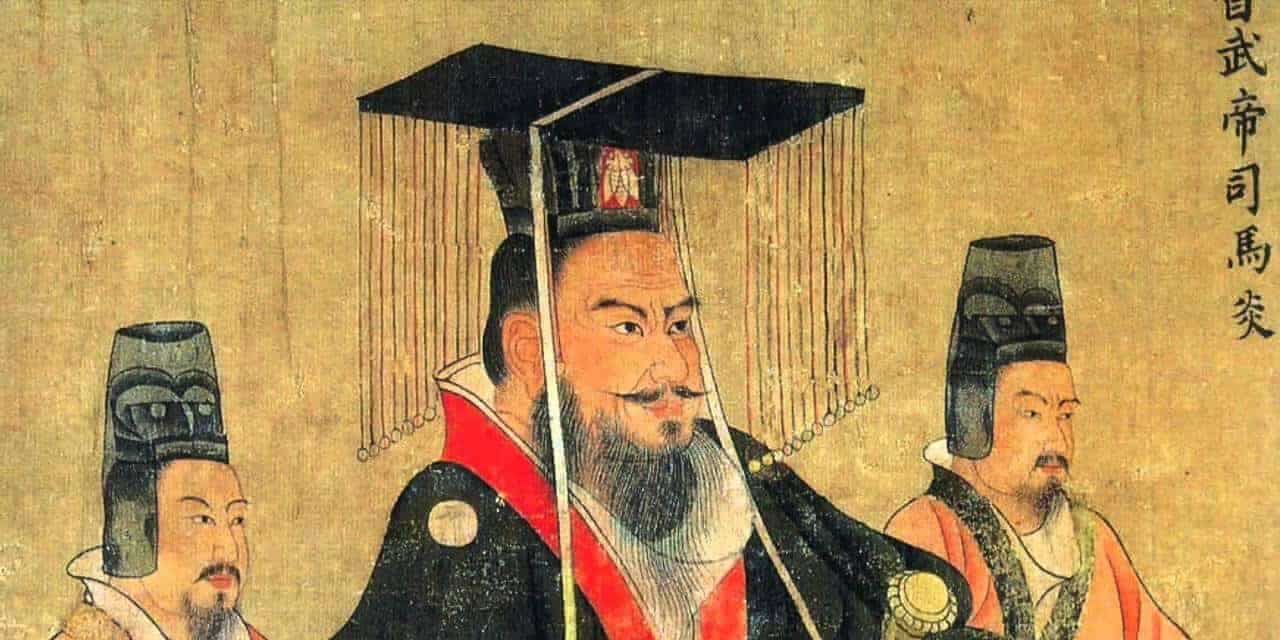 The Rise and Fall of the Han Dynasty

Although the brief Qin dynasty managed to unite the Warring States of China, the Han dynasty is considered to be the second great Chinese imperial dynasty after almost 800 years of Zhou control. The Han had such a profound impact on its nation’s culture that the word ‘Han’ ultimately referred to a person who was ethnically Chinese.

The short-lived Qin dynasty (221-206 BC) began with the unification of six warring states. Led by a man who proclaimed himself the Emperor Qin Shi Huang, the empire unified China for a brief period before Qin died in 210 BC. The result was a vicious civil war which was won by Liu Bang who defeated Xiang Yu. Liu led the Han since 206 BC and after four years of fighting, finally got the better of Xiang after surrounding him at the Yangzi River where his rival committed suicide. From 202 BC until his death seven years later, Liu was known as Emperor Gaozu of Han, the first leader of the dynasty.

He decided to pick Chang’an as the empire’s new capital as all major roads converged there; it was also the eastern end of the legendary Silk Road. Within 200 years, the population of the city grew to approximately 250,000 as it was the economic, cultural and military center of the nation.

When the emperor died in 195 BC, his wife Lu Zhi tried to take the empire for her family. She murdered all of her husband’s sons born to concubines and mutilated his favorite mistress. The Empress embraced nepotism by installing relatives in positions of power, replacing those who had been loyal to the emperor. Emperor Gaozu’s heir apparent was his teenage son, Liu Yang who became Emperor Hui of Han. Once he found out what his mother was doing, the frightened emperor took great care not to disobey her.

Rise & Fall of the Lu Clan

Emperor Hui did not have any children so when he died in 188 BC; his mother showed that she was the real powerbroker in the Han dynasty by placing one ruler on the throne before removing him for someone else. During the reigns of her handpicked emperors, Lu Zhi issued imperial edicts and picked family members as kings, military officers and officials.

Once Lu Zhi died in 180 BC, the King of Qi (grandson of the first emperor) raised an army to fight the Lus but before they could engage, the Lu Clan was destroyed by a coup. The King of Qi did not become the new ruler; instead, the King of Dai, Liu Heng, became Emperor Wen and ruled until 157 BC.

Wen was succeeded by Emperor Jing who ruled until 141 BC. The near 40-year period of combined rule by these two men was an era of stability and prosperity for the Han dynasty. While the Qin dynasty was known for its cruelty, the Han tried to show a different face of power by issues multiple amnesties, reducing tax on agricultural goods and abolishing mutilation as a legal form of punishment. However, kingdoms that rebelled against the Han were ruthlessly dealt with as their territories were reduced and in some cases, kingdoms were abolished altogether. The result was an increase in the number of kingdoms and commanderies.

Emperor Wu was one of the longest reigning Han rulers; he became the leader in 141 BC and ruled until his death in 87 BC. Although he had to contend with the Xiongnu and fought a lengthy war with this enemy, literature, poetry and philosophy flourished under Wu. The ‘Shiji’ was written by Sima Qian, and this Historical Records text set the standard for later histories sponsored by the government. The Shiji recorded information about ‘barbarians’ that lived on the borders of the empire among other things.

Emperor Wu also established Confucianism as the kingdom’s basis for proper conduct and education. China regained a number of territories under his rule with new commanderies formed in Korea. In 101 BC, the Han conquered Ferghana and several neighboring regions which enabled them to steal a large quantity of horses. At this stage, China had control of important trade routes around the Taklamakan Desert. The nation traded its coveted silk and gold for items such as grapes, wine, broad beans, and alfalfa.

Fall of the Western Han

The death of Emperor Wu resulted in a variety of social and political conflicts that eventually led to the downfall of the Western Han dynasty. The Empress Wang Zhengjun oversaw the succession of emperors and ensured her male relatives took the throne one after another. In 8 BC, her nephew, Wang Mang, became General-in-Chief but was removed from office less than a year later. Pressure from his supporters ensured he returned to the capital in 2 BC.

The following year, Emperor Ai died, and as he had no son, Wang Mang assumed the title of regent over Emperor Ping. When Ping died in 6 AD, Empress Wang confirmed Wang Mang as the acting emperor. Although he promised to relinquish power when the child Liu Ying came of age, he clearly decided that he enjoyed being emperor. Wang Mang started a propaganda campaign, announced the end of the Han dynasty and proclaimed himself the leader of the new Xin dynasty in 9 AD.

Rise & Fall of the Eastern Han

To Wang Mang’s credit, he tried to change the unfair land ownership situation but failed. In 23 AD, a rebellion led by a group called the Red Eyebrows sacked the capital city of Chang’an and beheaded the unfortunate Wang Mang.

The court of the Eastern Han dynasty was laden with scheming and intrigue during the first century AD as there was no real line of succession. Most of the emperors died relatively young with no heirs, so a close relative usually became the next ruler. Towards the end of the second century AD, eunuchs had far too much power in the royal court, and the people ultimately grew tired of government corruption.

The Yellow Turban Rebellion of 184 AD threatened the capital city (Which was Luoyang since 25 AD), and six years later, a warlord called Dong Zhou captured the city and placed a child named Liu Xie on the throne. Although the young boy was a member of the Han, Zhou was the real leader, and he proceeded to murder all the eunuchs and burn the city to the ground.

A succession of battles significantly weakened the empire, and in 220 AD, Liu Xie agreed to abdicate and allowed Cao Pi, King of Wei, to take over. This marked the end of the Han dynasty and the formation of the Cao Wei state which was a major player during the period of the Three Kingdoms.