The Surprising Daily Life in a Sultan's Harem Revealed 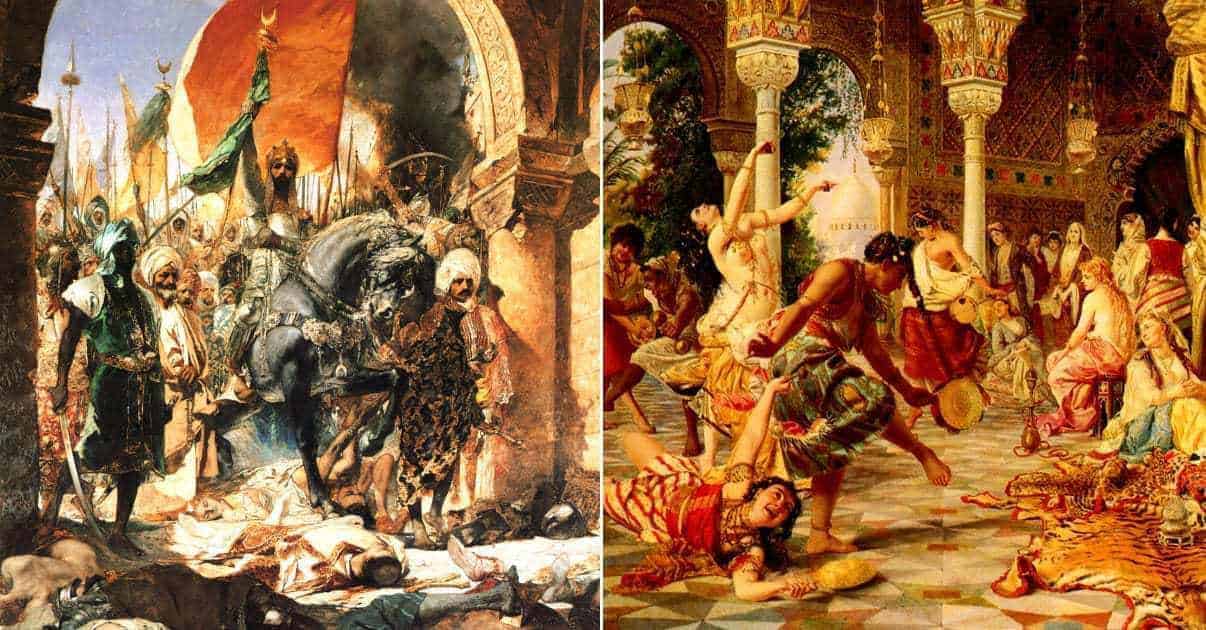 The Surprising Daily Life in a Sultan’s Harem Revealed

A harem is, on a basic level, a place where women are kept to prevent them from interacting with the wider world. The idea has existed across a wide variety of times and cultures, from the ancient Persians to the Byzantines. However, the figure most closely associated with the harem in the popular imagination has to be the Ottoman Sultan, who often kept hundreds of wives and concubines secluded within the palace walls. But when we focus on the Sultan, we forget about the women themselves. So, what was life really like for a woman living in the Sultan’s harem?

To understand what life in a harem was like, we need to look at the history of the idea. We need to understand what purpose it was supposed to serve and why it was so entrenched in the culture of the Ottoman Empire’s elite. In fact, it may surprise you to learn that the Ottomans didn’t invent the harem. The practice of secluding wives and female relatives away from the public gaze goes back much farther and has been a feature of many cultures, all the way back to the ancient Assyrians. And while we think of a harem as containing multiple wives and concubines, this wasn’t always the case.

It’s important to remember that all of these cultures were very patriarchal. Women were largely viewed as the property of their husbands. And women were also status symbols. The idea that a woman shouldn’t be seen in public was common in these societies, but most women had to work, which required leaving the house. For rulers, having a harem served two purposes: 1) It prevented women from behaving “immodestly,” which would have affected her husband’s reputation, and 2) It proved that he was so rich that he could afford to keep his wife in the house.

The practice of keeping a harem was introduced to the Turkish people who later founded the Ottoman Empire by Arab Caliphates, who introduced Islam to them as well. Islam places a high value on sexual purity and modesty, which meant that the practice of keeping wives and relatives separate from the rest of society had a religious justification for the Ottomans. Under the Ottomans, the harem evolved from being a place to keep women in seclusion to function almost as a royal household. In addition to wives and concubines, the Sultans often raised their male children until the age of 12 in the harem.

While we think of the Harem as a place where the Sultan kept an ever-growing stable of women to satisfy his baser urges, the truth is much more complex. The harem of a Sultan served a variety of functions and the women who lived there often ended up wielding significant power in their own right. But it would be a mistake to imagine the harem as a source of female empowerment, just as it would be a mistake to imagine it as the personal brothel of the Sultan. So, what was daily life in the harem really like?

There were really two different types of women in the Sultan’s harem, the wives and relatives of a sultan and slaves. The experience you had in the harem on a daily basis largely depended on which group you belonged to. By far, the largest group was made up of slaves. Slavery was extremely common in the Ottoman Empire and slaves were largely drawn from non-Islamic societies on the fringes of the Empire like the Balkans, Caucasus, and Africa. Thus, while the Sultan had wives he married for the usual purposes of forging alliances and continuing his dynasty, he also had a significant number of enslaved concubines.

Enslaved women in the harem were known as “jariyahs,” and were typically brought to the harem at a young age. Once a jariyah entered the harem, they usually chose a new name for themselves, severing their links to their past life. For the most part, the early years of their lives were focused on education. The girls were given daily lessons in everything from dancing to basic math. In fact, the education provided to the girls in the harem was much better than that which most women in the Ottoman Empire received.

But above all, the girls were expected to learn manners and courtly traditions. They were judged on how well-mannered they were and girls who were often disobedient were usually banned from the harem and married off to a commoner. On the other hand, girls who excelled in their studies were taken to serve in the palace. Some were assigned to work on basic tasks like helping to cook or washing clothes. But the most clever and talented girls were given positions of significant importance, like helping to manage the household accounts or helping to run the palace’s daily operations.

The most beautiful and well-mannered girls were often brought to meet the Sultan. It’s a common misconception that every girl in the harem had sex with the Sultan. The truth is that most girls never even spoke to the ruler. However, the Sultan would occasionally choose women from the harem to share his bed. And once they did, they became an official part of the Sultan’s household and were moved to live with the Sultan’s wives and relatives. In the apartments of the Sultan’s family, the girls would help raise any children they had with the Sultan along with their half-siblings.

The relatives of the Sultan lived in something that could be described as a “gilded cage.” They were provided with nice clothes and good food and had a standard of life that was much higher than the average inhabitant of the Ottoman Empire. But they were still rarely allowed to leave the harem. When and if they were ever permitted to go outside the palace was determined by the Valide Sultan, the mother of the reigning Sultan. The Valide Sultan was in charge of the harem, and she had the literal power of life and death over the women inside.

The Valide Sultan was in charge of the eunuchs who guarded the harem. The Ottomans adopted the practice of keeping eunuchs, or castrated slaves, from the Byzantines. Part of the reason the Ottomans preferred eunuchs when choosing guards because there was little chance of them forming romantic relationships with the women in the harem. But eunuchs were also incapable of fathering children and the Sultans assumed that men who couldn’t have a dynasty of their own would be more likely to give their total allegiance to their master. The eunuchs in the harem served as advisors, military commanders, and if necessary, executioners.

Of course, the politics of the royal court were constantly shifting. And the women of the harem were often able to gain significant influence in the Empire. The Valide Sultan, in particular, was a position with a great deal of authority. As the mother of the Sultan, she often served as regent if a Sultan came to power at a young age. And many were reluctant to surrender that influence when the Sultan came of age. The Valide Sultan controlled much of the royal family’s wealth and often had the allegiance of the palace eunuchs as well, which meant she had considerable power if she chose to exercise it.

Even women in the harem who were slaves could become major players in the politics of the Empire. The Sultan was the final authority on all matters, so anyone who held significant influence over him could become very powerful. Young or weak-willed Sultans were often effectively controlled by favored concubines or the Valide Sultan. And the Sultan often gave women from his harem in marriage to nobles he wanted to curry favor with, which meant that the women of the harem formed networks of influence across the Empire. But that influence could also be dangerous.

While generally speaking the women in the harem were safe from violence, there was always the chance that the Sultan or his mother would execute those who displeased them. Usually, this was because they took part in a political power struggle and loss. But this wasn’t always the case. The Sultan Ibrahim the Mad famously ordered hundreds of his concubines drowned in the Bosphorus Strait in a fit of paranoia. And it wasn’t just the women at risk. The Sultan’s sons were raised in the harem and when he died, his successor would often have his younger siblings strangled to eliminate threats to his rule.

And that’s probably the best way to think of the harem. It was a place where women were effectively imprisoned and lived at the whim of the Sultan. While sexual servitude wasn’t really the major element of their lives as we usually imagine it was, it was always a possibility. And while women could, and did, use their position in the harem to wield more power than most women, they were still part of a society where women were rarely given any power as a whole. The women in the harem walked this tightrope between power and servitude their entire lives.

All about Turkey – The Ottoman Harem

Daily Sabah – Rethinking The Imperial Harem: What Did Life Look Like For Ottoman Palace Women?