Failed Double-Barrel Cannon and Other Weapons That Absolutely Flopped 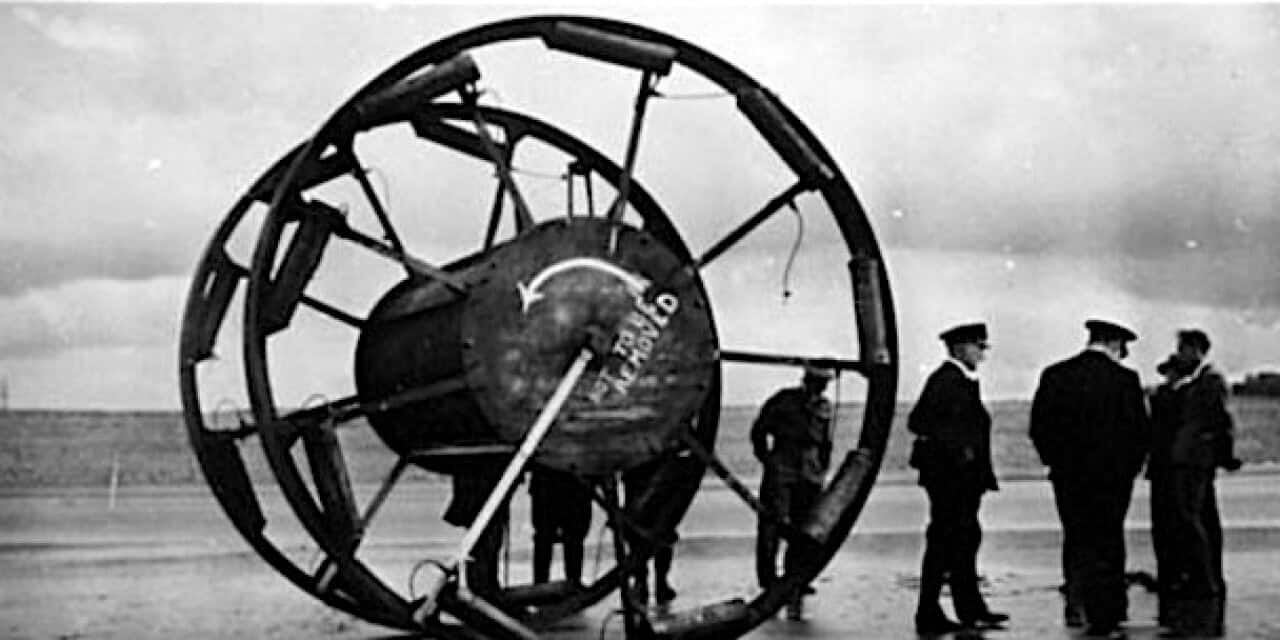 Failed Double-Barrel Cannon and Other Weapons That Absolutely Flopped

4. A Warship That Could Not Function as a Ship

Yet another of the Novgorod’s myriad problems was caused by her flat bottom. While that allowed her to operate in shallow waters, it also meant that she had no stabilizing keel to keep her in line and keep her guns pointed towards the target. So the only solution the Russian Imperial Navy could come up with was to moor the Novgorod in a fixed position. That effectively transformed her from a ship to a floating fortress anchored in place, with her guns pointed seaward.

The Novgorod and other round hulls were failed designs that were summarized thus by a naval historian: “they were a dismal failure. They were too slow to stem the current in the Dniepr, and proved very difficult to steer. In practice the discharge of even one gun caused them to turn out of control and even contra-rotating some of six propellers was unable to keep the ship on the correct heading. Nor could they cope with the rough weather which is frequently encountered in the Black Sea. They were prone to rapid rolling and pitching in anything more than a flat calm, and could not aim or load their guns under such circumstances“.

As seen above, Hitler was obsessed with the possession of absurdly big things, and if the Fuhrer had had his druthers, he would have built some mind bogglingly giant tanks. One such was the Ratte, which would have weighed 1000 tons, and another was the even bigger – and aptly named – Monster tank, which would have clocked in at 1500 tons. Those behemoths never got off the drawing board, but the Third Reich did manage to manufacture history’s heaviest production tank, the Panzer VIII Maus.

The Maus was the biggest operational tank ever manufactured. It measured about 33 feet long, 12 feet wide, 12 feet high, and weighed almost 200 tons. While normal tanks usually use machine guns as secondary armament, the Maus’ secondary armament was a 75 mm coaxial gun. Its main gun was a 128 mm monster that could destroy any Allied tank at ranges of up to 2.2 miles. Even that powerful gun failed to satisfy the Fuhrer, who thought that 128 mm looked like a pop gun on the massive Panzer VIII. So it was increased to a 150 mm cannon.

2. A Tank That Failed Because it Was Simply Too Big

The Panzer VIII Maus was a failed weapon precisely because of the massive size and heavy weaponry that Hitler insisted upon. The tank’s huge size and heavy weight came at a heavy price that made it nearly useless as a practical instrument of warfare. The Maus was too heavy for most bridges. So in order to cross rivers, it was forced to either wade through fords where they were available, or to drive over the river’s bottom, and use a snorkel for ventilation.

To even get the massive Maus to move proved to be a problem. As designers discovered, it was difficult to develop an engine and drive train powerful enough to propel 200 tons of metal on the ground at any appreciable speed, yet small enough to fit inside the tank. In the end, the maximum speed that the Panzer VIII managed to achieve in trials was a measly eight miles per hours – and that could only be accomplished on hard surfaces.

1. Hitler’s Obsession With Big Weapons Was of Great Help to the Allies

Panzer VIIIs were intended to spearhead German attacks, smash through any opposition and destroy all enemy armor they came across, while they remained invulnerable to damage from their opponents. With 9.4 inches of turret armor, 8 inches of hull front armor, 7 inches of hull side armor, and 6 inches of rear armor, a Maus was quite immune from Allied tanks, whose shells would simply bounce off the behemoth. However, it was built in 1944, and by then the Allies not only had aerial superiority on both the Western and Eastern front, but well-nigh complete aerial supremacy over the battlefield.

The Maus did not have enough armor up top to protect it from armor piercing bombs or rockets dropped or fired from above. Ultimately, the Maus was symptomatic of the Nazis’ and Hitler’s irrational obsession with big things and super weapons. They failed to rationally calculate the cost effectiveness of super weapons compared to other “normal” weapons that could accomplish the same task at a fraction of the cost. Had they done so, they would have freed up scarce resources for other uses that could have better served the German war effort. Humanity is thus indebted to that Nazi and Hitlerian blind spot.

Where Did We Find This Stuff? Here are our Sources:

Battery B, 4th US Light Artillery – The Athens Double-Barreled Cannon

King, Benjamin, and Kutta, Timothy – Impact: The History of Germany’s V-Weapons in WWII (1998)

Preston, Antony – The World’s Worst Warships: The Failures and Repercussions of Naval Design and Construction, 1860 to the Present Day (2002)

Technology Org – Probably the Worst Handgun Ever Made: What Made the Type 94 Nambu So Terrible?