Today in History, the First V1 Rockets were launched by Hitler (1944). 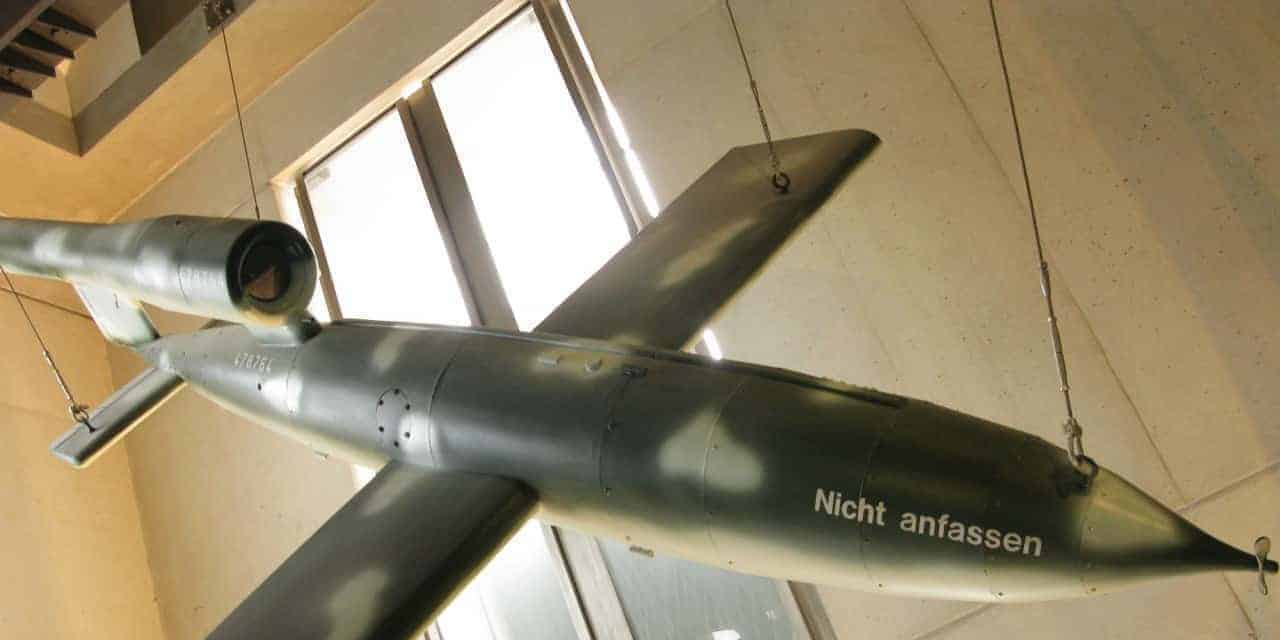 Today in History, the First V1 Rockets were launched by Hitler (1944).

By 1944, it was clear that the Germans were no longer winning the war, although they still occupied a significant part of Europe and remained a formidable power. The Germans had suffered great defeats on the Eastern Front and Italy, its main ally had been invaded. In order to turn the tide of war, Hitler ordered his scientists to develop new wonder-weapons to win the war. One of these new weapons was the V1 rocket.

This rocket was developed by German scientists and engineers who had worked in a secret location on the Baltic Sea coast. By June 1944, just after D-Day, the Nazi scientists had perfected the rockets and Hitler ordered their use against the Germans. The Germans called the new rockets the V1 or Revenge 1 rockets. They were going to use them in retaliation for Allied bombing raids.

On the 13th of June 1944, Germany launched 10 of the new V1 rockets. The target was the Greater London area. The V1 rockets were mainly launched from a site in the Netherlands.

However, the weapons did not prove to be as effective as the Nazi’s had hoped. The VI had been delayed because of technical problems. They had been plagued by planning problems. The rockets were pilotless, jet-propelled rockets that flew with the aid of a gyroscope and guided by a compass. The rockets had a payload of a ton of high explosives.

The Germans did not know it at the time, but the rockets had a major flaw, the rockets did not always detonate when they hit a target. They also proved to be highly inaccurate. Four landed harmlessly in the countryside around London. One did manage to load and explode in London- and even here they did not cause much destruction. In total, the first rockets only killed six people.

The Germans had hoped to launch a great air raid on London to coincide with the V1 rockets. This did not occur because the Allies bombed a number of German airfields in Europe.

Hitler was reportedly furious as he was placing great hopes on these weapons. The Nazi’s continued to use the V1 rocket and they managed to improve them. They became more accurate and more reliable. Increasingly, they were able to hit targets in Southern England. They were never really used against Allies military units and they were primarily used to target civilians. Hitler decided to use the V1 rocket as a weapon of terror. He had visions of these powerful rockets smashing into London and other major English cities and forcing the British to sue for peace or else come to a negotiated settlement.

The V1’s never did cause the damage that Hitler had hoped that they would, they did manage to cause thousands of casualties. A V2 rocket was later developed. The allies eventually neutralized the threat from these rockets when they liberated the Netherlands, and seized their launch pads.