Bonkers Crimes and Criminals In History 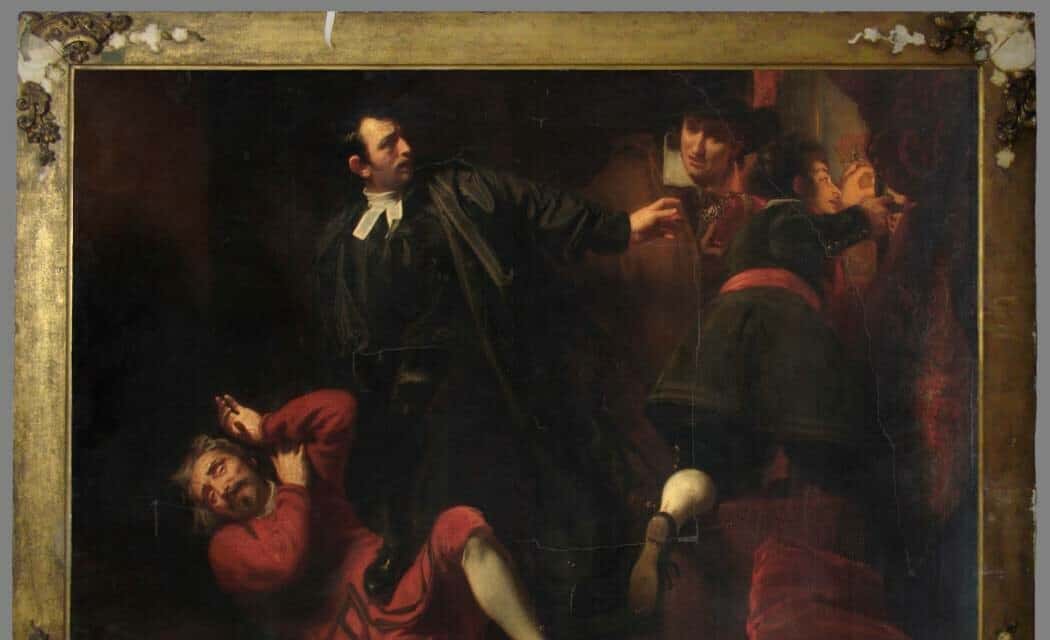 Bonkers Crimes and Criminals In History

Times were tough in 1932, in the depths of the Great Depression. Tony Marino, the proprietor of a rundown speakeasy in the Bronx, was in desperate need of money. So he and four acquaintances hatched a plan to murder somebody and collect the life insurance. Working with a corrupt insurance agent, they would take out life insurance policies on one of the habitual drunks frequenting Marino’s establishment. They would then get him to drink himself to death, and collect when he perished.

Their chosen victim was Michael Malloy (1873 – 1933), a homeless Irish immigrant. Malloy was an alcoholic and a longtime client of Marino’s, where he often drank on credit until he passed out. He paid when he could, and ran the tab for months when he was broke. He seemed the perfect mark. After taking out life insurance policies on Malloy, Marino extended him unlimited credit at the speakeasy. However, Michael Malloy turned out to be extremely difficult to kill – a toughness that earned him the nicknames “Iron Mike” and “Mike the Durable”.

Tony Marino and his accomplices assumed that Michael Malloy would quickly drink himself to death. Unfortunately for them, the old Irishman drank all his waking hours, day in and day out, without any noticeable decline in his health. So to speed things up, Marino and his partners in crime added antifreeze to their mark’s booze. Malloy simply drank it until he passed out, then asked for more when he came to.

The plotters then replaced the antifreeze with turpentine. Malloy was unfazed. So they upped their game by switching to horse liniment – basically, liquid Bengay. Malloy gulped it down and asked for more. They then added rat poison to the mix. Malloy’s constitution did not notice. Oysters soaked in wood alcohol did not do the trick, nor did a spoiled sardines sandwich sprinkled with metal shavings.

8. Alcohol is Hard to Freeze, and So Was This Alcoholic

Tony Marino and his accomplices finally figured that nothing he ate or drank would kill Michael Malloy. So they decided to freeze him to death. They put their plan in motion one cold winter night when the temperature dipped to minus 14 Fahrenheit.

The conspirators waited for Malloy to pass out, and when he did, they carried him to a park. There, they dumped him in the snow, and poured five gallons of water on his chest to make sure he froze solid. Malloy showed up the next day for his booze on credit.

7. Iron Mike’s Killers’ Hard Work Did Not Pay As They Had Hoped

An exasperated Tony Marino and his accomplices decided to take a more straightforward approach and simply ran Michael Malloy over with a taxi owned by one of the plotters. All that did was put the old Irishman in a hospital for three weeks with some broken bones. He reappeared at the speakeasy soon as he was discharged. So on February 22nd, 1933, they stuck a gas hose in Malloy’s mouth after he passed out and turned on the jets. That finally did the trick.

The plotters collected on the insurance, but rumors of “Mike the Durable” began making the rounds. When the insurers heard the tales, they contacted police. Malloy’s body was exhumed and reexamined, and the truth came out. The plotters were tried and convicted in 1934. One got a prison sentence, while the rest, including Tony Marino, got the electric chair.

In April of 1983, Stern magazine held a press conference to announce that their star reporter, Gerd Heidemann, had discovered Hitler’s diaries. Recovered in 1945 from a crashed plane, they had languished in obscurity until Heidemann tracked them down. The documents abounded with juicy tidbits, ranging from the Fuhrer’s sensitivity about his bad breath, to his surprising ignorance about what was happening to the Jews. Stern’s jubilant editors declared that their scoop, which shed light on Hitler’s innermost thoughts, would lead to a major rewrite of WWII’s history.

Stern, which had paid $6 million for the documents, sent them to three handwriting experts, all of whom declared the diary authentic. Hugh-Trevor Roper, a prominent British historian who reviewed the diary on behalf of Stern’s publication partner, the Sunday Times, concurred. However, Stern’s editors, fearing a leak, had refused to allow any German WWII experts to examine the diary. They would regret it.

Once Hitler’s diary was published and German WWII experts finally got a look, they quickly spotted signs of obvious forgery. The paper used was modern, and so was the ink. Moreover, the diaries were riddled with glaring historical inaccuracies, concerning events and dates that the Fuhrer could not have possibly gotten wrong. They included entries in which Hitler described events before they had actually happened in real life – an impossibility without a time machine.

The diary had actually been created by a notorious German forger named Konrad Kujau, who teamed up with Stern’s reporter, Gerd Heidemann, to rip off the magazine. In the fallout, historian Hugh-Trevor Roper’s reputation was ruined, and editors at Stern, the Sunday Times, and Newsweek, were fired. As to Kujau and Heidemann, they were tried and convicted of forgery and embezzlement, and sentenced to 42 months in prison.

4. Stealing the Crown Jewels From the Tower of London

Colonel Thomas Blood (1618 – 1680), an Anglo-Irish officer from County Clare, was the son of a prosperous blacksmith who came from a good family – his grandfather lived in a castle, and was a Member of Parliament. Blood became one of Britain’s most audacious rogues, famous as “The Man Who Stole the Crown Jewels“.

Blood’s roguish career began in the English Civil War, when he left for England in 1642 to fight for King Charles I. When it became clear that the royalists were going to lose, Blood abandoned Charles and switched to the king’s Parliamentarian enemies. Charles I was defeated and beheaded. In the new regime, Blood was rewarded with a big estate and was made a justice of the peace. He prospered, but in 1660 the monarchy was restored, and Charles I’s son was crowned as Charles II. Blood lost all his lands, and fearing reprisals, fled to Ireland with his family.

3. An Avowed Enemy of the Monarchy

Understandably unhappy with his reversal of fortunes, Colonel Blood became an avowed enemy of the monarchy. He plotted to kidnap the royal governor of Ireland and hold him for ransom, but the plot failed. Blood’s brother, a coconspirator, was captured and executed for treason, while Blood fled to Holland with a bounty on his head. He returned in 1670 and hatched another plot to kidnap the governor. It failed. At that point, desperately short of funds, Blood decided to go for a daring score: steal the Crown Jewels of England.

The Crown Jewels were kept in a basement in the Tower of London, beneath the floor of the Keeper of the Jewels’ apartment. The jewels were available for viewing, upon payment of a fee to their custodian. Blood disguised himself as a parson, went to see the jewels with a female companion whom he presented as his wife and befriended the Keeper.

2. The Tower of London’s Greatest Heist

Colonel Blood ingratiated himself with the Keeper and his wife, whom he won over with gifts of fine gloves. He won them over even more by playing matchmaker and proposing a marriage between a fictitious wealthy nephew, and the Keeper’s spinster daughter. Eager to marry off his daughter, the Keeper invited Blood and his nephew to dinner. On May 9th, 1671, Blood, his “nephew”, and two “relatives” arrived for dinner.

Blood convinced his host to show his guests the jewels. Eager to impress his prospective son-in-law, the Keeper unlocked the door to the basement. Once inside, Blood and his “nephew” threw a hood over the Keeper’s head, knocked him out, stabbed him, then bound and gagged him. Blood then flattened the crown with a mallet to conceal it beneath his clerical robes, while his accomplices stuffed scepters and other jeweled items down their trousers. However, the Keeper managed to remove the gag and began screaming “Treason! Murder! The crown is stolen!”

1. Winning Over the Merry Monarch

Colonel Blood and his accomplices fled, amidst a running shootout with the guards. Eventually, he was cornered, and after a struggle, was subdued and the crown was recovered. His accomplices were also captured, and the stolen items were recovered. Unrepentant, Blood declared: “It was a gallant attempt, however unsuccessful! It was for a crown!”

Refusing to answer any questions except to the king, Blood was taken in chains to the palace. Charles II, nicknamed “The Merry Monarch“, found the audacious scoundrel appealing. Especially when Blood declared that the Crown Jewels were worth 6000 pounds at most, not 100,000 pounds as widely reported. When Charles asked, “What if I should give you your life?” Blood replied, “I would endeavor to deserve it, Sire!” The king pardoned Blood and granted him an estate worth an annual income of 500 pounds.

Gizmodo – The Legend of Mike ‘The Durable’ Malloy, History’s Most Stubborn Murder Victim

Historic UK – Colonel Blood and the Theft of the Crown Jewels

Massie, Robert K. – Nicolas and Alexandra: The Fall of the Romanov Dynasty

Wikipedia – The Nun of Monza