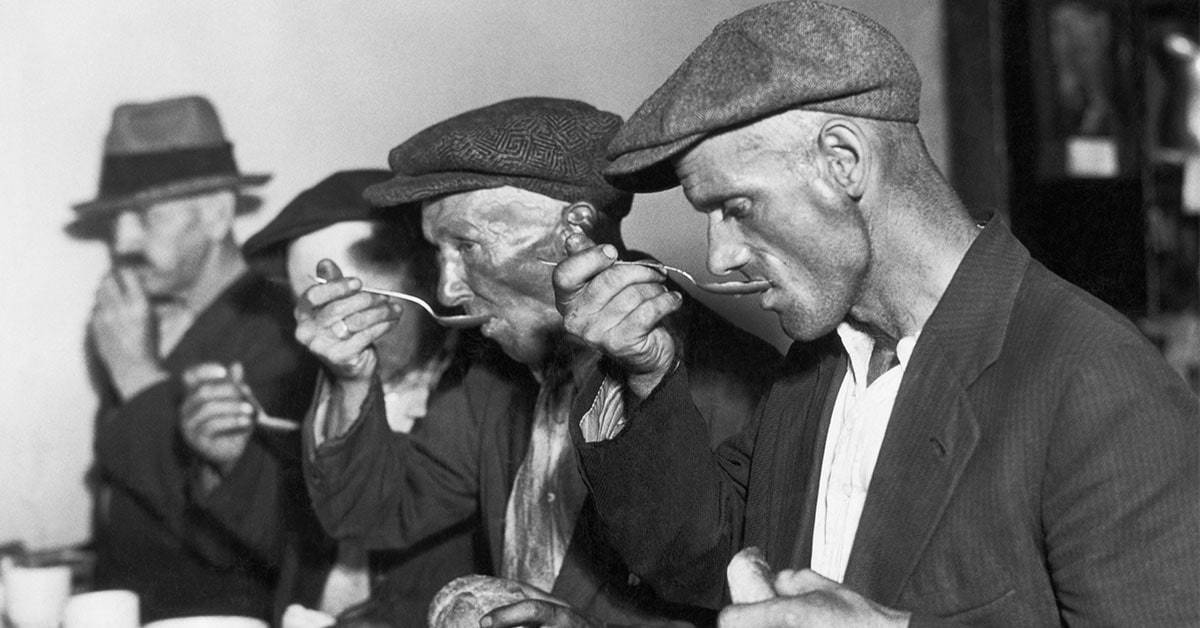 The famed boss of the New England mafia, Raymond Patriarca, conducted his business from outside of a money changing shop in the centre of Federal Hill, one of the Italian American neighborhoods of Providence, Rhode Island. The cops knew who he was, what he did and who he did it with. So did everyone else on Federal Hill. He extorted, ran rackets, sharked loans and caused untold violence to the region over the two and a half decades that he sat atop organized crime in New England. Yet when he died, hundreds of people attended his funeral, lining the sidewalks as his casket moved through the streets of Providence.

How could a man with such a fearsome reputation and such little regard for human life be so feted by those most affected by his crimes? After all, the whims of gangsters such as Patriarca were most regularly meted out upon the citizens of Federal Hill, the small business owners who paid protection money and the struggling folk forced to take out loans to pay their bills. He was certainly no Robin Hood.

The truth is that the mob have often filled a hole in the welfare state, forming a state within a state and providing the services that the regular government is unable or unwilling to offer the people. The dichotomy of organized crime lies between the aims of the Mafia – to make as much money as possible for themselves and their associates – and the public relations campaign required to achieve those goals. Those most likely to have dirt on the activities of the mob are those most affected by it, the average joes trying to make ends meet, the residents of the low income neighbourhoods and immigrant communities on which they have traditionally fed. It pays to keep these people on your side. Organized crime ensures their loyalty via a combination of threats and PR exercises that remind people both of the danger of crossing the mob but also of their benevolence. They need to steal and extort from their own communities, but also make that community feel like the mob is on their side.

Nobody knew this better than the most famous mobster of them all, Al Capone. He was a pioneer of organized crime in the United States and one of the pillars of his organization was the soup kitchens that they ran on the depressed South Side of Chicago during the Great Depression and for a long time afterwards.

At one of the most economically perilous times in the history of the United States, when almost a fifth of men were unemployed and millions were on the breadline, Capone stepped in and did his bit for the people of Chicago. That he had caused untold violence and deprivation to the neighborhoods that his soup kitchen served was almost completely forgotten and as PR campaigns go, it was a total success.

While the stories of gangsters and the Prohibition era are well known through books and movies, their later acts – where the mobsters were largely rounded up on tax technicalities and the economic boom of the 1920s gave way to the crushing poverty of the 1930s – are occasionally forgotten.

The rise of the mob and the stereotype of the Roaring Twenties go hand in hand. There were several elements that came together to produce the conditions on which organized crime could thrive. The end of the First World War had produced an economic boom in manufactured goods, with accompanying industrialization that afforded jobs and free time to urban dwellers in almost unprecedented levels.

Mass immigration from Europe continued to pack the cities of the East Coast and Midwest, while the Great Migration of African Americans from the Deep South to the industrial areas was in full swing, creating a melting pot of people and ideas. Women were involved more and more in the workforce and were given the right to vote in 1920, allowing for a level of freedom that had never been enjoyed before. Inventions like the automobile, moving pictures and the radio also contributed to the air of freedom and the wave of optimism that swept the United States. Culturally, politically, socially and economically, Americans had never had it so good.

With money burning a hole in their pockets, people were out for a good time like never before. Unfortunately, alcohol had been banned in 1919 and the new jazz clubs, packed with dancers and flappers, were theoretically dry. When there is a demand, supply will always follow and the ranks of organized crime were willing to step in. While organized crime itself was as old as America, it had previously been confined within ethnic groups and was largely concerned with low-level extortion, gambling and prostitution rather than international smuggling. As a large scale public demand for illegal alcohol grew, so did the strength of organizations that could meet it.

The Italian American mafia was particularly adept in supplying America’s cities, their ranks having been significantly swollen by a crackdown on mafiosos back in Italy that resulted in large numbers of already experienced criminals arriving in the United States. Gangs made sure that the speakeasies were filled with booze and the attitude of the average person towards people who had previously been considered criminals softened significantly. It was as a part of this wave that Al Capone emerged as a national figure.

Alphonse Capone had been born in Brooklyn, New York back in 1899. The son of two first generation immigrants from Italy’s impoverished south, he grew up in the heavily Italian American district of Park Slope. On leaving school at the age of 14, Al fell under the influence of gangster Johnny Torrio and became involved with organized crime at a low level. Torrio asked him to move to Chicago in 1919 and Capone went along, working in a brothel as a bouncer. By the age of 26, he found himself at the top of the nascent Chicago Outfit, running booze from Canada into the United States and at the very centre of the growing culture of speakeasies, jazz and organized crime.

Capone’s gang were far from the only drink smugglers in town, however, and he was regularly forced to use extremely violent tactics to defend his patch. He fought with rivals mobsters and used intimidation, extortion and political alliances to maneuver his way to the top. His brutality became legendary – the St Valentine’s Day Massacre, in which his henchmen posed as police officers and gunned down seven rival gang members is widely known today – but his public image often existed separately to it, with Capone widely known for his flashy jewelry, sharp suits, and opulent lifestyle. He was a celebrity mafioso, simultaneously loved, feared and above all, respected. By the end of the Roaring Twenties, Al Capone was at his height of power and fame.

It could not last. The Saint Valentine’s Day Massacre of February 14 1929 was national news of the sort that he did not need and shortly after, federal authorities summoned Capone on charge of booze running. He feigned illness to avoid the hearing but found himself in jail on gun charges in Pennsylvania, got himself sprung and then was arrested again in Florida in an attempt to force him from the state.

His competitive edge was waning too, as the financial markets crashed in August of 1929 and the economic boom that had created thousands of thirsty customers threw them out on the street. By 1931, Capone had been arrested for federal tax evasion and the US economy was in free fall. Unemployment, which had been just 3% in 1929, stood at 15% and would rise to 24% by 1933. Those that had work were paid less and those that didn’t starved.

With his trial for tax evasion ongoing, the soup kitchens of Chicago that he funded were a huge public relations coup for Capone, raising his profile as a generous, giving gangster who merely provided a service that people wanted and were willing to pay for. Thousands of hungry Chicagoans lined up for three servings a day from the kitchen. While it made Capone far more popular as an individual – his reputation having taken a serious hit from the Valentine’s Day bloodbath – it cut no ice with the jury at his trial. Capone was found guilty of mass tax evasion and sent to prison for eleven years in May 1932.

Fat, addicted to cocaine and suffering from syphilis, Capone was never cut out for prison life. He was later moved to the newly-built fortress on Alcatraz Island in San Francisco Bay, where he served out his sentence. When he was finally released in 1939, his mental faculties were shot. He never regained them and died in 1947. In his absence, the organized crime of Chicago was faced with a challenge. Prohibition was repealed in 1933 and the huge profits on offer for mobsters had dried up. Having seen the perils of the showy lifestyle that Capone had lead – and the violent methods that he had imposed – the Chicago Outfit that Scarface built diversified and spread under a succession of lower profile bosses and continues to this day. The soup kitchen that bore the boss’ name remained however, lasting into the 1950s.