America Wanted to Nuke the Moon and Other Weird History

America Wanted to Nuke the Moon and Other Weird History 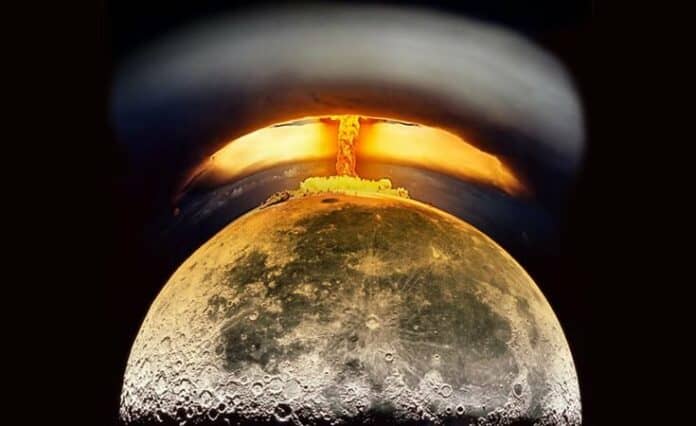 People often get up to weird stuff, and the world can be a weird place at times. Take for instance that time when America contemplated nuking the Moon. Or the seemingly weird reason why the Pilgrims ended up in Massachusetts. Following are thirty five things about those and other weird moments from history.

Mankind has seldom come as close to extinction as it did during the Cold War. It was a dangerous time, with both superpowers and their allies often on the brink. When not fighting each other through proxies, the US and USSR often engaged in macho threat displays, kind of like two dogs growling at each other or two tomcats engaged in a hissing competition.

Some of the superpowers’ threat displays were subtle, while others were as subtle as a sledgehammer to the head. Unsurprisingly, the machismo got weird at times. As in way, way, weird. As in nuking the Moon weird – something that the America contemplated doing in the 1950s.