Today in History: The First Official Baseball Game is Played (1846) 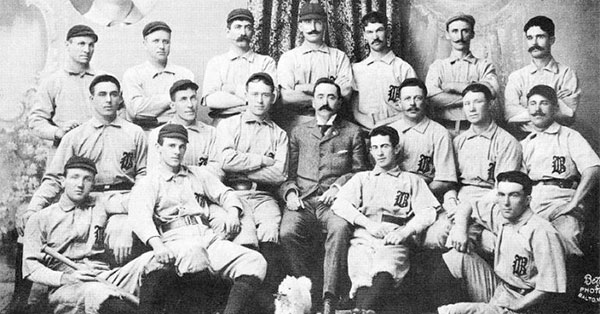 Today in History: The First Official Baseball Game is Played (1846)

Baseball is often considered the one of the only truly American sports. Unlike basketball, which was also created in the United States, baseball hasn’t found very much popularity outside of the USA, Latin America and Japan.

The first known mention of the sport came in 1791, when the city of Pittsfield, Massachusetts banned the game from being played within 73 meters of the town meeting house. Apparently, there had been several games being played in the town’s square, and that interfered with town business. No one really knows what sport was being played in 1791, though it is unlikely to appear anything like the baseball we know today.

The first official game to be played under modern rules happened on June 19, 1846. It isn’t well documented, but we know that the game was played between the New York Knickerbockers (long defunct, and no relation to the professional basketball team), and perhaps the New York Gotham club (though it is unclear if the Gotham Club was indeed the opponent or not).

Even a decade later, however, the media in New York was devoting more column inches to cricket than baseball. It would take another decade after that for the popularity of baseball to increase to levels where it was covered consistently by the press.

In 1857, the first governmental body was formed to organize the group of clubs that were being created. It was called the National Association of Base Ball Players (NABBP), and was responsible for the standardization of gameplay and rules. It was also created to monitor and sponsor a league-wide championship.

Historians credit the Civil war for boosting the popularity of baseball. By the end of the war more than 100 clubs had joined the NABBP. In 1869, the NABBP allowed for the creation of professional clubs, something that had been against the rules of the league since its creation. This was a major milestone, as previously, all clubs were strictly recreational (at least those belonging to the NABBP). The first professional club was the Cincinnati Red Stockings, it went defunct just two years later. in 1871, the Boston Base Ball club was created, that team later became the Boston Braves, which is a team that Babe Ruth played for in the 20th century.

Nowadays, the game of baseball has transformed into a national phenomenon. It is a multi-billion dollar business, that is watched by millions of Americans every day between the late days of March and the late days of October. The MLB, the successor to the NABBP, is the representative of all professional teams, however the sport itself lives on in small forms in towns and cities all across the country. It is played by children and adults alike, giving credence to the idea that baseball is “America’s Pastime.”