The Death Row Baseball Team and Other Odd Episodes in History

The Death Row Baseball Team and Other Odd Episodes in History 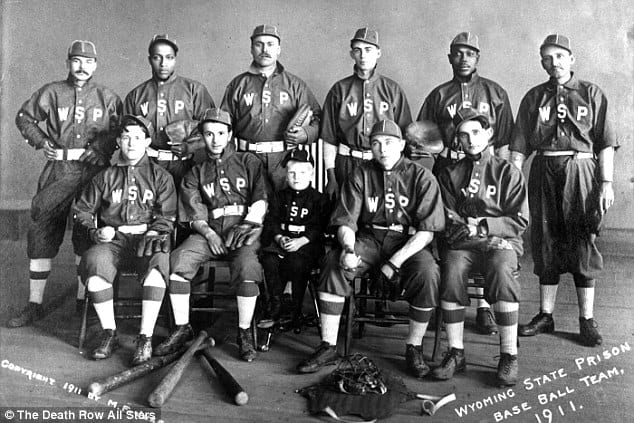 Every now and then, just about everybody could do with a little bit of extra motivation and added incentive to do what needs doing. However, do you know who did not need any extra motivation and incentive? The 1911 Alston All Stars: a baseball team of death row inmates and hardened criminals, who literally played for time and for their lives. Their tale is just one of many that are often overlooked. Following are forty things about the death row baseball team, and other fascinating but little known episodes from history.

Understandably, there is exceptionally tight security surrounding death row, and severe restriction and isolation measures imposed upon its inmates. However, things were not always so on death row. It seems fantastic today, but once upon a time, death row inmates were gathered together into a baseball team that played against outsiders. For amateurs, the team of killers was actually pretty good.

It occurred in Wyoming in 1911, with the All Stars team of the Wyoming State Penitentiary. It was composed of convicted criminals, including death row inmates. Indeed, the team’s star player was awaiting execution. The death row players had their executions stayed so long as they played and kept winning. Needless to say, that gave the players one heckuva incentive to play their hearts out: motivation was one thing that the All Stars did not lack.