This Day In History: America Formally Ends Its Involvement In The Vietnam War (1973)

This Day In History: America Formally Ends Its Involvement In The Vietnam War (1973) 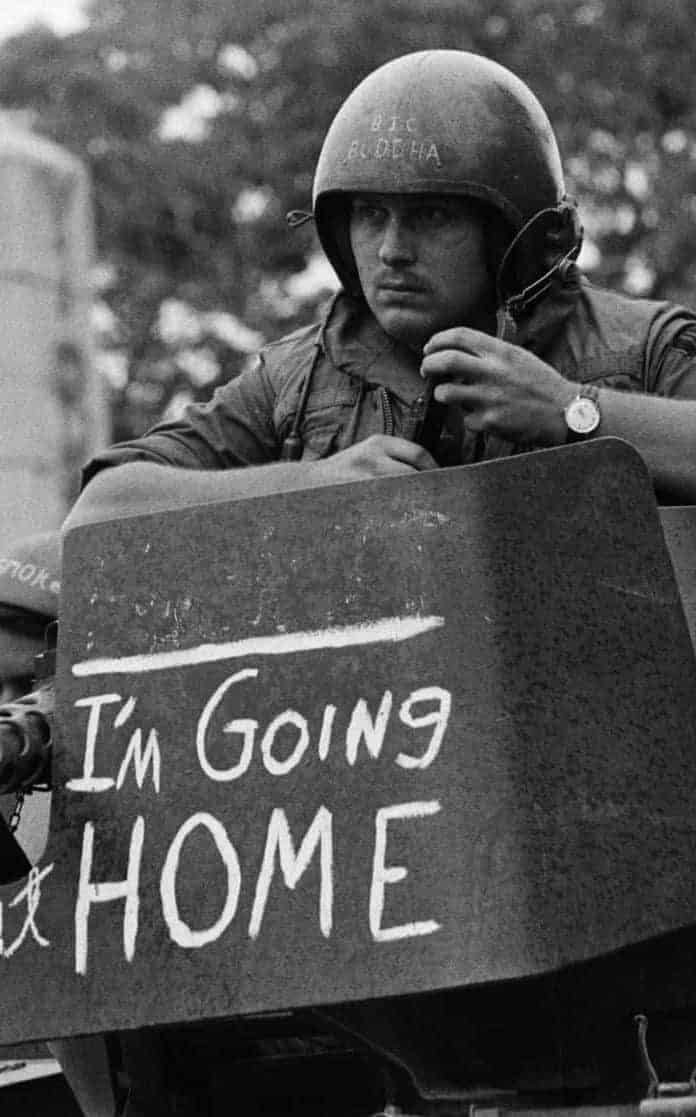 On this day in 1973, the American participation in the Vietnam War came to an official end when the Paris Peace Accords were signed by officials from the United States and the North Vietnamese. This ended the most controversial and divisive war in modern American history. The U.S. became involved in the war in an effort to halt the march of Communism in Southeast Asia. The U.S. government, influenced by the ‘Domino Theory,’ believed that if South Vietnam fell to the communist North Vietnamese regime, the entire Indochina region might come under the control of communist forces.

The peace process that effectively ended the war was a four-year process. President Richard Nixon was elected on a promise to end the war with honor. The North Vietnamese proved stubborn negotiators, and the war dragged on for four more years as peace talks continued. During the time that it took to end the war, tens of thousands of Americans and Vietnamese died. The peace process broke down several times. On one occasion Nixon ordered a massive bombing campaign, the Operation Linebacker raids, in order to force North Vietnam back to the negotiating table.

The military side of the peace process was straightforward. The Americans and the North Vietnamese agreed to a ceasefire, and after 60 days the U.S. promised to withdraw all of its forces from South Vietnam. Some 100,000 North Vietnamese were allowed to stay in the territory that they had seized in South Vietnam.

The political aspects of the peace agreement were very hard to implement. The accords called for the peaceful and voluntary reunification of Vietnam. This part of the accords was very vague and both sides were unsure what it actually meant. Did it mean that the North and South should unite and become some sort of federation? Did it mean that the North would dominate the South? Would the newly unified country be a democracy or a communist state? These questions caused the negotiations to drag on for years.

The signing of the peace accords was greeted with relief in America. People of all shades of opinion had grown tired of the war, and did not believe that it was achieving anything. Around 54,000 Americans died in the conflict, and billions of dollars were spent.

The peace accords did not end the war, they only confirmed the withdrawal of American forces from Vietnam. Soon after the accords were signed, sporadic fighting resumed. The communist North, confident of victory, began a series of offensives that gradually took more and more South Vietnamese territory.  In 1975, the North Vietnamese launched the final offensive of the war and seized Saigon.