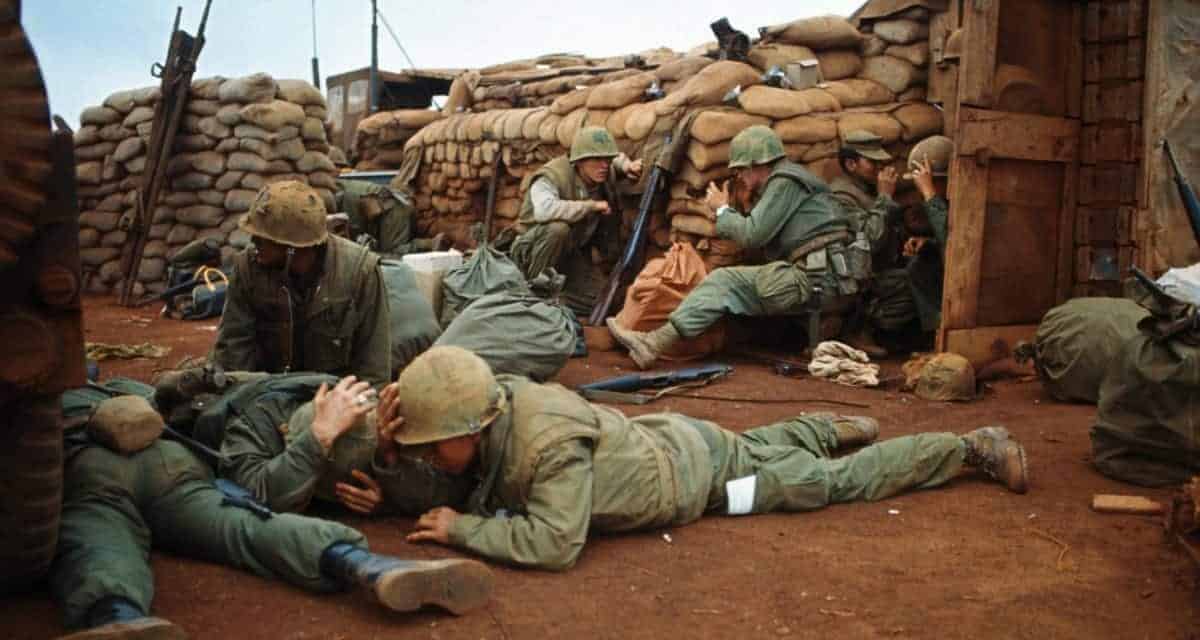 On January 2, 1963, army and Civil Guard forces from South Vietnam engaged Viet Cong forces from North Vietnam at the village of Ap Bac, 35 miles southwest of Saigon. The South Vietnamese army was well-supplied, with armor, artillery and air support, as well as American military advisors. The South also had a clear numerical advantage, outnumbering the Viet Cong four to one. 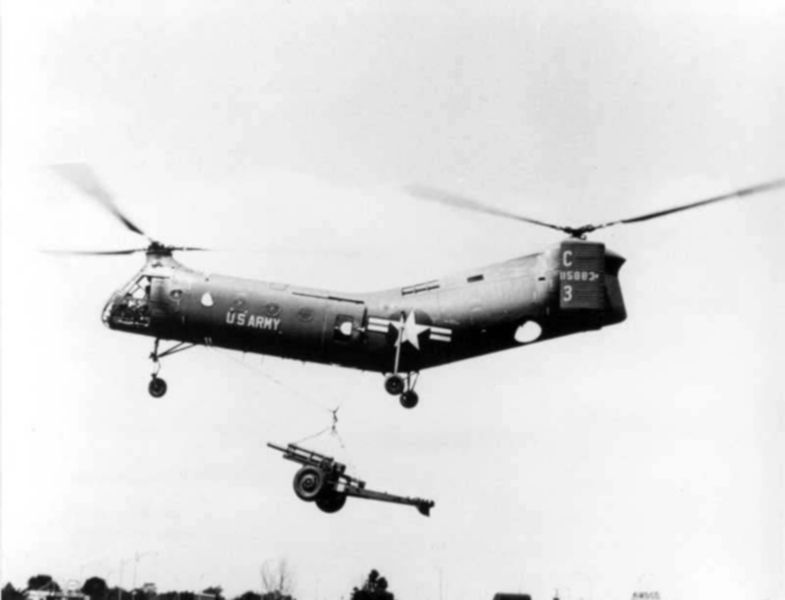 The Battle of Ap Bac was a clear win for the Viet Cong for several reasons. Captured Viet Cong documents claimed preparation, motivation and discipline as the cause for their victory. American officials attributed the loss, in part, to South Vietnamese military strategy. The South Vietnamese acted courageously, but without the needed organization. They failed to make effective use of American resources. The Battle of Ap Bac illustrated the challenge for larger armies against small, highly mobile forces like the Viet Cong. By the end of the battle, the South Vietnamese lost 80 men, with another hundred wounded.

The Battle of Ap Bac played a key role in engendering American condemnations of military activities in Vietnam. The press presented the battle as a clear loss, which it was, but exaggerated the importance of the battle, and framed it in the worst possible light. Newspapers claimed multiple American casualties, and accused South Vietnamese troops of cowardice. The U.S. government expressed concerns about how the battle was presented; these concerns would continue for the remainder of the war. 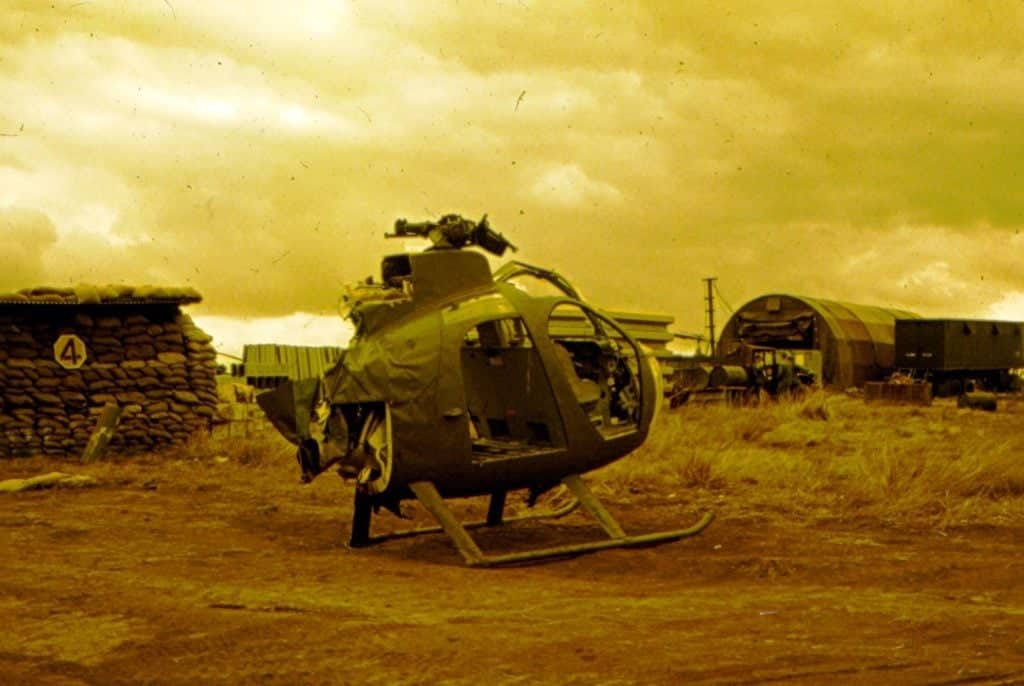 In August 1964, U.S. President Lyndon B. Johnson initiated a full-scale military action in Vietnam in retaliation for North Vietnamese attacks on U.S. Navy vessels. In February 1965, the Soviet Union increased and reinforced its ties with North Vietnam, leading to increased action on the part of the North Vietnamese, particularly a spring campaign.

The Viet Cong began their spring offensive with an attack on Camp Holloway. Camp Holloway was well-protected with extensive fencing and South Vietnamese troops. In total, around 400 Americans were stationed at Camp Holloway.

The Viet Cong divided their forces, with one group attacking the airfield, and the other directly attacking troops stationed at Camp Holloway to more easily penetrate the camp’s defenses. The attack required far more planning than it did time, ending within just a few minutes. The Viet Cong, numbering around 300, regrouped and retreated relatively quickly, leaving eight dead and 126 wounded at Camp Holloway. Ten aircraft were destroyed and an additional 15 damaged by mortar fire. 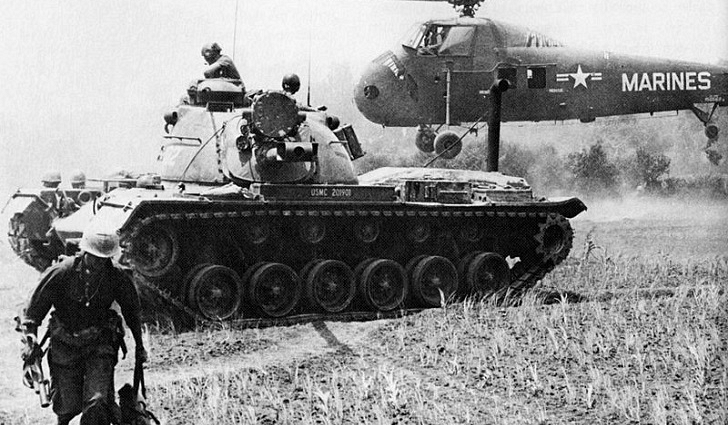 The United States’ Marine forces were under the command of U.S. Lieutenant General Lewis Walt and Major General Oscar Peatross. In total, there were between 5,000 and 6,000 marines involved in Operation Starlite. Viet Cong forces in the area numbered between 1,500, so the United States had a clear operational advantage.

The Marines landed in Da Nang in March 1965. Initially, U.S. operations were purely defensive; however, that approach lasted only the first few months. ­On August 15, 1965, the South Vietnamese reported intelligence received from a young defector from the North; the first Viet Cong regiment was in Van Tuong, near the U.S. base at Chu Lai.

This was the first combined amphibious and helicopter assault by the U.S. Marines. Helicopters were used in Korea, but not in this fashion. The assault was planned quickly. It would begin at daybreak only three days after the intelligence was received by the U.S. The Viet Cong had predicted a U.S. attack, but had not been able to predict the speed of the attack.

The first of the landings of the amphibious vehicles went relatively well; landing zone red and landing zone white were not heavily guarded or in close sight of the Viet Cong; however, landing zone blue was and those troops immediately came under fire. The assault soon began in earnest, with more resistance than expected by the Americans. The fighting was most intense in LZBlue; however, by that night, the Americans had secured the site.

Under cover of darkness, the Viet Cong retreated. In total, approximately 600 Viet Cong were killed. The United States had lost 52 Marines, a corpsman and an Army major. Many others were wounded, but this battle provided key insights into war in the jungles of Vietnam. 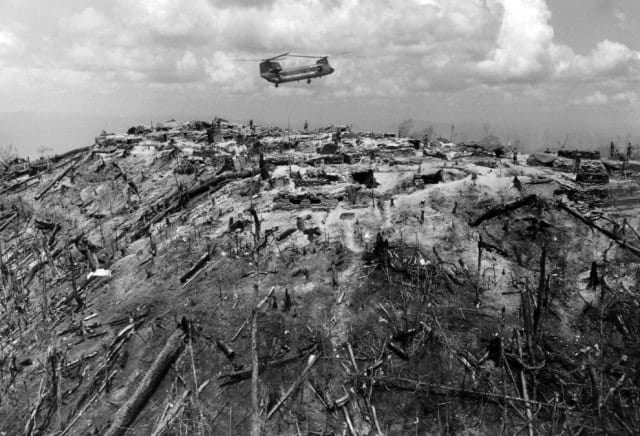 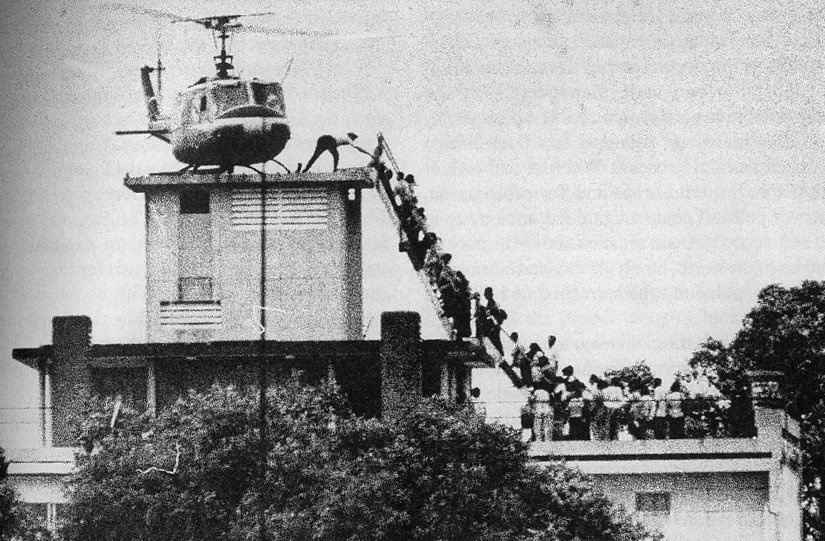