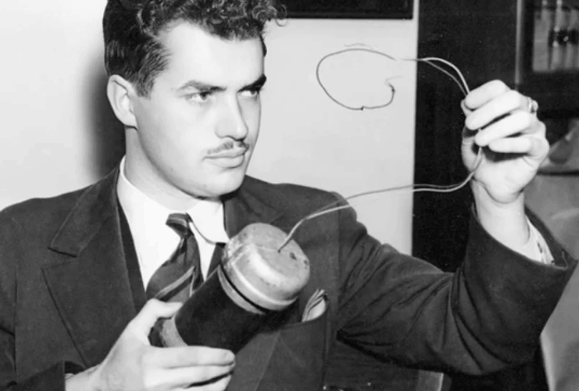 Throughout history, many famous people have claimed that they can give thanks to all of their success because they made a deal with the Devil. This comes from the fact that some believe that if you promise Satan himself that he can have your soul rotting in Hell after you die, it’s possible to get whatever your heart desires when you’re still alive.

However, in some cases, these stories of these Satanic pacts could just be a rumor. It is important to keep in mind that many of these people who are accused of making a deal with the Devil probably didn’t actually do it, and jealous rivals want to tarnish their reputation. In these stories from history, we will sift through the facts and the fiction of people who sold their soul to the big guy downstairs.

Guitarist Robert Johnson was so talented, he became one of the most famous blues musicians in history. As the story goes, Johnson was born in 1911 to a poor farming family in Mississippi. He wanted more for his life, so he went to the crossroads of two major highways, and made a deal with the devil. He wrote a song called “Me and the Devil Blues”. Knowing that this would make Christians angry, he even wrote “You may bury me on the highway side.” Tragically, his death came far sooner than he probably expected. He died at only 27 years old. While his exact cause of death is unknown, most people believe that he got wrapped up in a relationship with a married woman, and that he was poisoned by a jealous husband. Many people credit Robert Johnson for beginning the unapologetic, gritty mood that would later become rock and roll.

Despite his devilish song lyrics, the Mount Zion Missionary Baptist Church in Mississippi wanted him to be buried there. When the Reverend James Ratliff was questioned about Johnson’s deal with the devil, he said that he had never even heard of Robert Johnson until a week earlier. He knew about the rumor, but he decided that as long as his congregation wanted him to be buried in his church, he believed his soul could be saved, because so many Christian people would be praying for him.