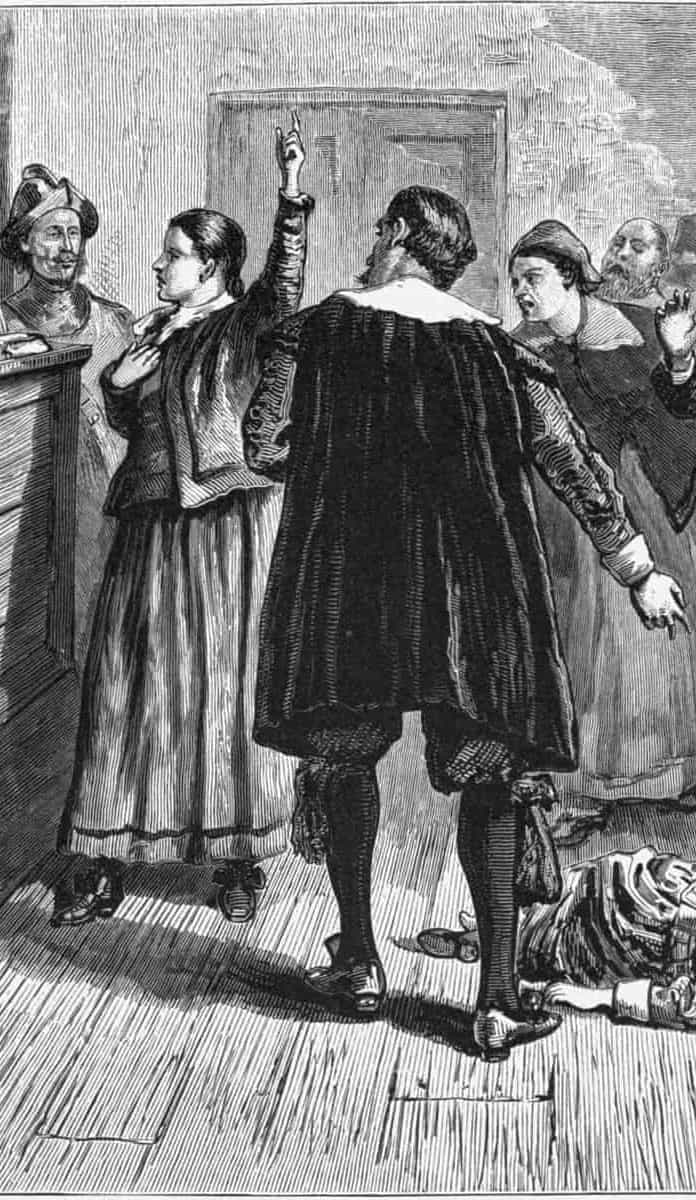 Salem Village was a small and poor settlement in Massachusetts colony. The inhabitants were Puritans and were very religious. Their lives were strictly regimented by religion. The village was ruled by a group of men, who governed the settlement in line with the Bible. Today, they would be regarded as Christian fundamentalists.

However, life was very hard for the people of Salem. They had to endure sickness, poverty and the threat of Indian attacks, although this had receded somewhat.  At this time,any trouble or hardship was a result of black magic or curses.

One day two children started to show symptoms of a strange disease, they began to have unexplained seizures. At this time, such behaviour was often believed to be a cause of witchcraft. When asked had they been the victim of witchcraft the girls said that they had been. To the amazement of all, they named some of their neighbours as witches.

Two locals’ girls and an African slave were named as witches and were charged with witchcraft by the village authorities. They suspects’ then, were forced to make a confession. There were more accusations of witchcraft to follow. The three alleged ‘witches’ implicated other women and men. A growing number of people were accused of being witches. Over a period of a few months, some 150 people came to be charged as witches.

A special court was set up to try these witches. The first to be tried was Bridget Bishop, who had a reputation for being somewhat unconventional and for having loose morals. She had been married three times and was suspected of having committed adultery.  She was found guilty of witchcraft with no real evidence, other than the accusations of some children. The entire process was unacceptable even to the legal standards of the day.

On June 10th, Bridget was taken to the village square and on a makeshift gallows, she was hanged by the neck until she was dead. She was only the first of many, in total some 19 men, women and children were executed by hanging or crushing. The people if Salem had intended to execute more but they were stopped by the State of Massachusetts.

The Supreme Court eventually released all those who had been charged as witches. There was no action taken against those who had participated in the execution of the alleged witches. It is almost certain that none of them had engaged in any form of witchcraft and they had all been innocent.

Arthur Miller wrote a great play called the ‘The Crucible’ based on the events in Salem. The Salem Witch Trials were the last of such trials in American history.