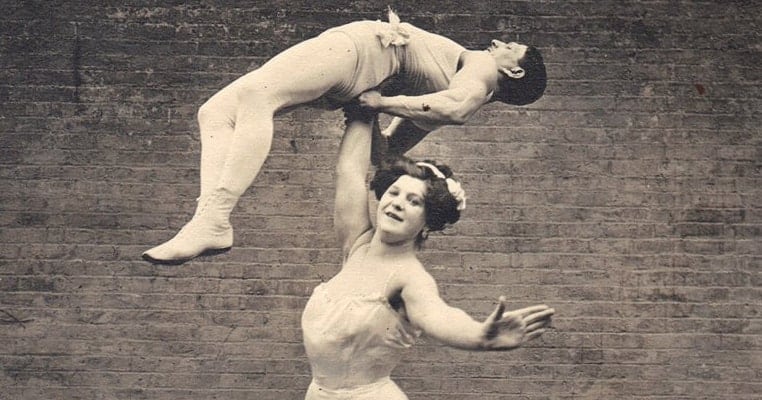 The French queen Margaret of Valois (1553 – 1615) became famous both for her reported licentiousness, and for being the first woman in history to pen her memoirs – a vivid depiction of the turbulent France of her lifetime. Alexander Dumas’ portrayal of her in his historical novel, Queen Margot, made her even more famous, or perhaps, infamous.

Born to king Henry II of France and his formidable wife, Catherine di Medici, Margaret was quite close when growing up to her brother Henry – the future king Henry III. So close as to give rise to rumors of an incestuous relationship. Closeness turned into hatred, however, when she was discovered having an affair with an aristocrat, Henry of Guise. It ended in 1570 with Margaret’s mother and her other brother, King Charles IX, beating up Guise and banishing him from court.

At the time, there were serious religious tensions in France between Catholics and Protestants. To ease them, Catherine di Medici sought to bring the Catholic Valois closer to their Bourbon relatives, a Protestant branch of the French royal family. So Catherine arranged for Margaret to marry her Bourbon relative, the Protestant Henry of Navarre.

It was a disastrous marriage. Held at Notre Dame Cathedral on August 19th, 1572, it began inauspiciously when the Protestant groom refused – or was not allowed – to set foot in the Catholic cathedral. So he spent the wedding day outside Notre Dame. Things got worse five days later, when the Saint Bartholomew’s Day Massacre began on August 24th, and thousands of Protestants who had travelled to Paris for the wedding were murdered by Catholic mobs. Tens of thousands more Protestants were massacred throughout France in the following days.

Margaret’s husband survived by promising to convert to Catholicism. He was forced to live in the French court, but managed to escape in 1576. Margaret had nothing to do with the killings, and had done much to save her husband’s life. However, after the massacre and four years of captivity, Henry of Navarre was not fond of Catholics, including his wife. Once free, he renounced Catholicism and joined the Protestant military forces.

When Margaret’s brother Henry succeeded their brother Charles IX to became king Henry III, her husband became next in the line for the throne, as Henry III had no male heirs. His being a Protestant, however, complicated matters. Soon a three-way struggle, known as the War of the Three Henrys, erupted between Margaret’s brother king Henry III, her husband, Henry of Navarre, and her former lover, Henry of Guise.

In 1588, king Henry III had Henry of Guise assassinated, along with a brother who was a cardinal. That horrified the public, and led to a collapse of the king’s authority. Henry III was assassinated in 1589, and Margaret’s husband, Henry of Navarre, became king Henry IV of France. The Parisians barred him from the city, however, so to secure the throne, he converted to Catholicism, this time willingly, quipping that “Paris is well worth a Mass“. One of his first acts as king was to arrange an annulment of his marriage to Margaret of Valois.

Sayyida al Hurra (1485 – 1561), which means “free noblewoman” in Arabic, was the ruler of Tetouan, Morocco, and a pirate queen who terrorized the waters of Iberia and North Africa. Islamic records are silent about her, notwithstanding that she was a powerful figure of the era, and an equal ally of the more famous corsair Khayr al Din Barbarossa, who dominated the Mediterranean in the 16th century.

Sayyida al Hurra was born into a prominent Muslim family in Granada, but had to flee to Morocco when her home fell to the Spanish Reconquista in 1492. The Moroccan sultan granted Sayyida and her husband, and their refugee followers, the ruins of Tetouan, a city destroyed by Spaniards. They rebuilt and restored Tetouan, and after her husband’s death in 1515, Sayyida became its queen – the last queen in Islamic history to rule independently.

Sayyida remarried after years of widowhead, wedding the sultan of Morocco. However, to emphasize her independence, and to demonstrate that she had no intention to giving up her power and position, she refused to leave Tetouan for the wedding. The sultan had to come to her – the only time in Moroccan history that a sultan married outside his capital.

In the meantime, spurred on by bitter memories of her exile from Granada, Sayyida fell upon the Spaniards in a ruthless campaign of piracy. She allied with Khayr al Din Barbarossa, the era’s most prominent corsair, who became the Ottoman Empire’s most successful admiral. With Barbarossa operating in the eastern Mediterranean, and Sayyida in the western Mediterranean and Morocco’s Atlantic coast and Iberia, the duo went to work.

She led her own fleet, prowling Spanish and Portuguese shipping lanes, and establishing herself as the region’s undisputed pirate leader. Between booty and ransoms to free her captives, she amassed vast riches, and was viewed by Europeans as the go-to contact in negotiations to release Christian captives. It is to those negotiations, and the records thereof, that history is most indebted for our knowledge of Sayyida al Hurra.

The pirate queen’s reign eventually ended as she neared her 60s. After three decades of striking terror into the hearts of crews and captains in the Mediterranean Sea and the Atlantic Ocean, Sayyida’s downfall came at the hands of her son in law, who ousted her in a palace coup. She was stripped of power, and her fate thereafter is lost to history.

The Illyrian Queen Who Defied Rome

Piracy in the waters around the Greek world had been suppressed during the Classical era, when the powerful Athenian and Rhodian navies kept the waters relatively safe. Phillip II of Macedon and his son Alexander the Great followed suit, but after Alexander’s death, his successors focused their energies on fighting each other. With no strong naval presence to keep the sea lanes free of pirates, piracy returned with a vengeance. Especially among the Illyrian tribes, dwelling along the coasts of modern Albania and Croatia. They took full advantage of the many hidden inlets along their coastlines, and turned to piracy as a way of life.

That led to conflict with the expanding Roman Republic, which became a dominant Mediterranean naval power after its victory over Carthage in the First Punic War (264 – 241 BC). That newly won dominance was challenged by the Illyrians across the Adriatic Sea from the Italian Peninsula, most notably the Illyrian Ardiaei tribe, and their queen Teuta (reigned 231 – 227 BC).

She had inherited the Ardiaei kingdom following the death of her husband in 231 BC, and continued his expansionist policies, pushing her realm’s borders deeper into the Balkans, while encouraging and supporting her subjects’ piratical activities. The conflict with Rome began when some of her pirates seized and plundered Roman vessels.

The merchants complained to the Roman Senate, which tried diplomacy at first, sending a pair of envoys to Teuta’s court. She argued that piracy was legal among the Illyrians, and that her government had no right to interfere with the private enterprise of its citizens. When the envoys retorted that Rome would have to make her change Illyrian laws, Teuta stopped feeling diplomatic, and had one of the Roman envoys killed, and the other imprisoned.

Rome declared war in 229 BC, and sent a fleet of 200 warships to harry the Illyrians at sea, while an army of 20,000 infantry and cavalry crossed the Adriatic to devastate their lands. Teuta put up a fierce fight, but in the end, her tribal kingdom was no match for Rome. She was forced to surrender in 227 BC, and signed a humiliating peace treaty. Teuta was allowed to keep her throne, but as a Roman vassal, paying annual tribute, and ruling over a shrunken realm, stripped of much of its territory.

Cheng I Sao (1775 – 1844) was a Chinese pirate who terrorized the South China in the early 19th century, and was arguably history’s most successful pirate, of either gender. A former prostitute, she married a powerful pirate and participated fully in his illicit activities, and inherited his outlaw realm upon his death. However, she was no mere widow who lucked into an inheritance: her own piratical legacy far exceeded that of her departed husband. Cheng commanded tens of thousands of outlaws, and despite challenging the British Empire, the Portuguese Empire, as well as the Chinese Qing Dynasty, she survived to end her days in peaceful retirement.

She was good at choosing capable subordinates, the most formidable of whom was Cheung Po Tsai (1783 – 1822), a poor fisherman’s son who was kidnapped at age 15 by Cheng and her husband. Pressed into their crews, the teenager excelled in the new career suddenly thrust upon him, and rose swiftly through the ranks. Before long, Cheung had become the Chengs’ favorite protege and subordinate, and was adopted by them. When Cheng’s husband drowned, the widow took over his pirate fleet, selected Cheung as her right hand man, and eventually married him.

Cheng’s scale of piratical activities far exceeded anything seen in the Caribbean during the Golden Age of Piracy. At the height of her power, she controlled over 300 sailing ships, and commanded up to 80,000 outlaws. To put that in perspective, the Caribbean Age of Piracy’s most notorious villain, Blackbeard, never commanded more than 4 ships and 300 men.

With her massive armada, Cheng became de facto mistress of the shipping lanes around southern China, and held them for ransom. Her depredations finally compelled the Chinese authorities to launch a massive campaign to eradicate piracy and restore order. In 1810, seeing the writing on the wall, Cheng accepted a pardon. She abandoned piracy, and returned to her hometown, where she opened a gambling house and brothel. She died peacefully in bed in 1844, surrounded by her family.