Women Who Took their Vengeance in an Epic Fashion - Women Revenge 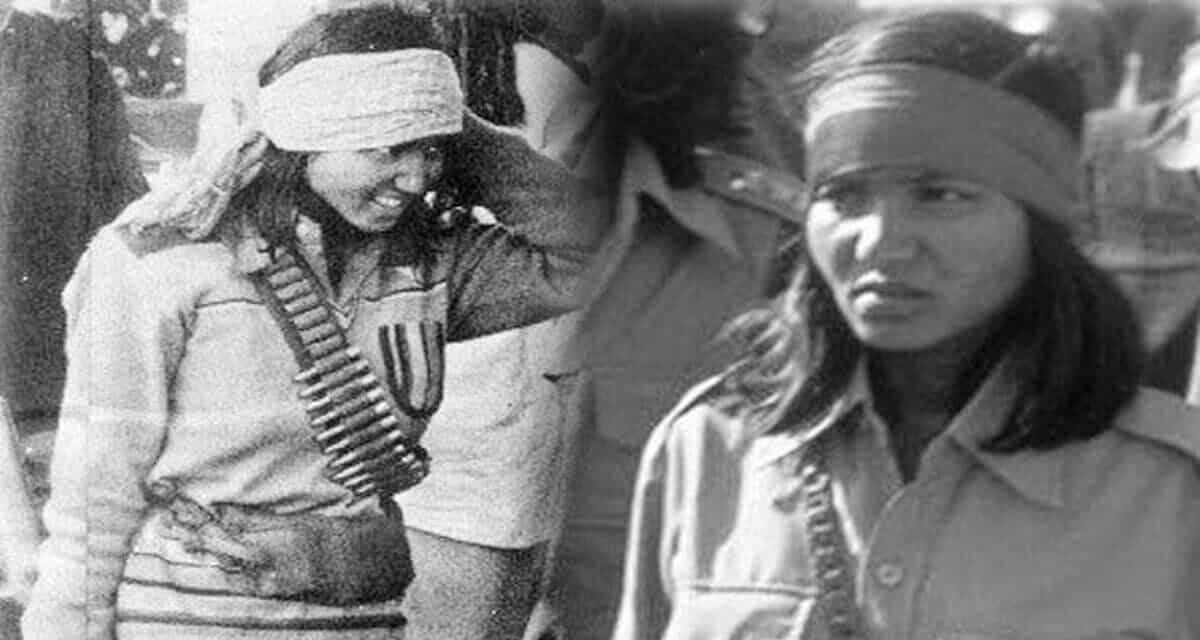 Women Who Took their Vengeance in an Epic Fashion

Khawla bint al Azwar (flourished 600s AD) was a Muslim Arab poet and warrior who accompanied her older brother during the Islamic conquests of Syria, Palestine, and Jordan. She fought at her brother’s side, and at the head of her own forces in independent command in numerous battles, and became famous for her fighting skill, courage, and toughness. Khawla was the daughter of the chief of an Arab tribe, and during her youth, she was taught warrior skills such as swordsmanship and horseback riding alongside her brother.

She also learned poetry at the side of her sibling, who became a noted poet and warrior. When her brother converted to the then-new religion of Islam, Khawla followed suit and adopted the new faith. She first gained renown as a warrior in 634 during the Arab Siege of Damascus, when her brother was wounded and captured by the city’s Byzantine defenders. Khawla donned armor and arms, and covering her face with a shawl to hide her gender, charged the Byzantine rearguard alone to free her brother or exact vengeance for his loss. She fought until reinforcements arrived and rescued her sibling from captivity.

5. This Woman Truly Was Her Brother’s Keeper

Khawla bint al Azwar’s brother kept getting into trouble that required his sister to take up arms and rescue him. A few months after saving him at the Siege of Damascus, Khawla’s brother was once again captured at the Battle of Ajnadayn. Once again, Khawla rushed to his aid, covering her face and charging in alone until reinforcements arrived. By the time the Byzantines were beaten, Khawla was drenched in blood. The army’s commander, Khalid ibn al Walid, unaware of her identity or gender, ordered her to remove the shawl from her face. When she finally relented, he ordered her to the rear. He soon changed his mind, however, and placed her in command of a mobile column to pursue the fleeing Byzantines.

On another occasion, Khawla was herself captured during a raid on the Muslim camp, and taken prisoner along with other women. They were taken to an enemy general’s tent, who divided the captive women among his officers as slaves and concubines. Khawla, determined to free herself or at least die exacting vengeance instead of accept dishonor, roused the captives. Seizing tent poles, they fell upon their captors, and during the confusion, she made her escape. To this day, she is remembered as one of the greatest female warriors in the history of Islam, with hardly any sizeable city in the Muslim world that does not have at least one school or other public building after her.

4. The Jackass Who Married a Queen

Henry Stuart, Lord Darnley (1545 – 1567), was the second husband of Mary, Queen of Scots, and King Consort of Scotland from 1565 until his death two years later in an act of epic vengeance by his wife. Darnley had accomplished little of note in his brief life before his violent death at age 22. His single legacy was to impregnate his wife with the future King James VI of Scotland and James I of England, thus giving rise to the Stuart Dynasty. His wife, Mary Queen of Scots (1542 – 1587), was also his first cousin. Sole surviving child of Scotland’s king James V, Mary’s father had died when she was six days old, and she inherited the throne as an infant.

Scotland was ruled by regents while Mary was raised in France. In 1558, she married the Dauphin, France’s crown prince. He became King Francis II in 1559, but died within a year. The widowed Mary returned to Scotland, and in 1565 met her first cousin, Lord Darnley. The young man was handsome and well-proportioned and captivated her. Aside from attraction, a marriage made dynastic sense, as it would unite two Stuart branches. This would strengthen the Scottish royal family. A marriage was swiftly arranged, and Darnley ascended the throne as king consort. Shortly after wedding Darnley, Mary discovered an unhappy reality. Her second husband had been raised as a spoiled brat, with an excessive sense of entitlement.

3. Mary Queen of Scots Exacted an Epic Vengeance Upon Her Abusive Husband

Lord Darnley grew enraged when Mary refused to grant him the Crown Matrimonial. This would allow him to continue ruling after her death. When his wife got pregnant, Darnley worried instead of celebrated. He fretted over the possibility that an heir would push him further from the throne. He grew even more displeased soon thereafter, when Mary took the currency – with his head on it – out of circulation. Darnley eventually focused his rage on Mary’s French secretary, David Rizzio. He accused Rizzio of turning the queen against him. He also accused him of being her lover. On March 9, 1566, Darnley and some sidekicks burst into the queen’s dining room. They stabbed Rizzio to death in the presence of his horrified, pregnant wife.

It was an attempt to shock Mary into miscarrying, and also bend her to Darnley’s will. She did not miscarry, and gave birth to the future King James on June 19th, 1566. After her husband and his sidekicks committed bloody murder in her presence, the queen was intimidated. They also threatened violence against her and her unborn child at the time. After these atrocities, Mary begrudgingly pardoned Rizzio’s murderers – likely out of fear. However, Darnley would not get away with it for long: Mary’s vengeance, when it came, was epic.

2. Getting Rid of an Abusive Royal Husband

The murder of David Rizzio in front of Mary took place against a backdrop of struggle. This struggle raged between Scottish Catholics and Protestants. Catholics looked to the staunchly Catholic Mary, so Darnley turned to the Protestants to help him with his plot. However, the fickle Darnley soon fell out with his Protestant co-conspirators. Just two days after murdering Rizzio, he switched back to his wife’s Catholic faction. On the night of March 11 – 12, 1566, he helped Mary escape from her palace, now teeming with Protestants. However, Darnley’s change of heart was too late to save the marriage, which was irrevocably ruined by Rizzio’s murder.

Mary, who neither forgot nor forgave, would have her vengeance. After giving birth in June, 1566, she bided her time. In November, she met with loyal nobles to figure out what to do about the “problem of Darnley”. They decided that the queen’s husband had to go. As described by contemporaries: “It was thought expedient and most profitable for the commonwealth … that such a young fool and proud tyrant should not reign or bear rule over them; … that he should be put off by one way or another; and whosoever should take the deed in hand or do it, they should defend”.

1. Mary Queen of Scots’ Allegedly Exacted Revenge on her Abusive Husband… by Blowing Him Up, Then Strangling Him to Death

A leading ally in the ensuing plot to get rid of Lord Darnley revealed himself. James Hepburn, 4th Earl of Bothwell, organized a plot to assassinate the queen’s husband. On February 19, 1567, Darnley’s bedroom exploded with him inside it. He survived the blast and managed to stagger out of the wreckage. He was then seized and strangled to death. Three months later, Mary married Bothwell. The marriage turned out to be extremely unpopular. It united both Catholics and Protestants in denouncing the queen for marrying the man who had murdered her husband.

Also Read: The Investigations of the Murder of Lord Henry Darnley Will Shock You.

Mary and Bothwell raised an army against their opponents. But before they fought the battle, the royal couple’s forces evaporated; their men deserted them. They permitted Bothwell to leave, provided he left Mary behind. He jumped at the chance, and abandoned his wife to the tender mercies of her enemies. They took Mary captive to Edinburgh, where she was denounced as an adulteress and murderess, then imprisoned. On July 24, 1567, Mary abdicated (by force) in favor of her one-year-old son, James. She fled to England, where more political intrigues sucked her in. Those ventures ended with her beheading two decades later.

History Collection – Major History Mistakes Made in the Movie Mary, Queen of Scots