This Day In History: Mary, Queen of Scots Was Executed (1587) 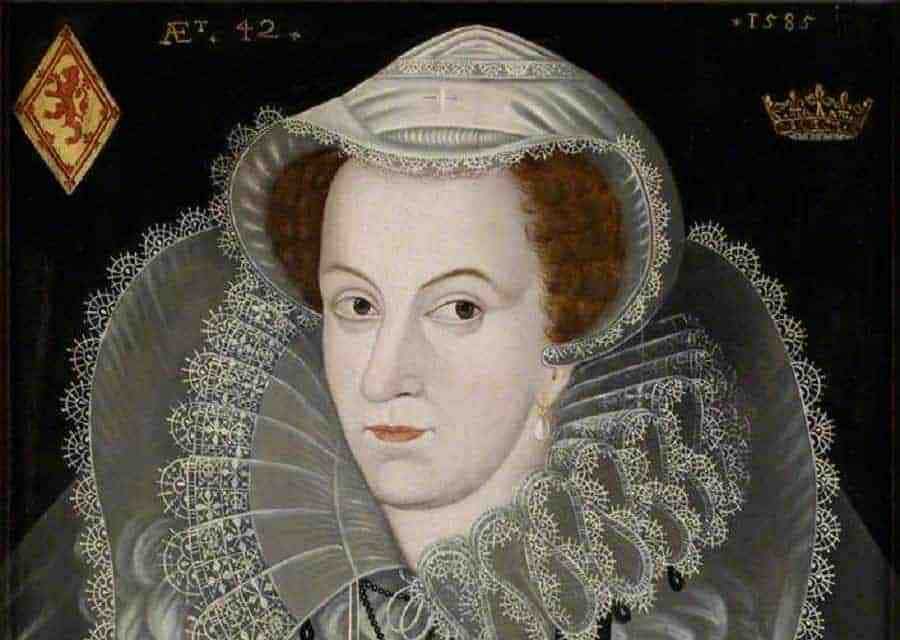 This Day In History: Mary, Queen of Scots Was Executed (1587)

On this day in 1587, Mary, Queen of Scots was executed. She had been imprisoned on the orders of Elizabeth I. Mary was executed at Fotheringhay Castle in England for her part in a plot to murder Queen Elizabeth I.

Mary had been a queen since the age of six, after the death of her father King James V of Scotland. Her mother, concerned for her safety in turbulent Scotland at the time, sent her to be raised in France. Mary was raised at the court of the French King, and later she married the French heir to the throne. When Francis II became king, Mary became Queen of France. However, Francis II was killed in a jousting accident and his brother then became king. Mary decided to return to her native Scotland.

At this time, Scotland was torn by religious controversies. The country was divided between Calvinists, who were followers of John Knox, and the Catholics. In 1565 Mary married her English cousin, Lord Darnley. Through her marriage and her mother, Mary had a strong claim to the English throne. Lord Darnley was a rather unstable individual was later found dead under mysterious circumstances. He was killed in an unexplained explosion. Mary was implicated in the death of her husband and so too was her lover, the Earl of Bothwell. Charges were brought against Bothwell, but he was acquitted. However, the nobles of Scotland were enraged and they believed that Mary had murdered her husband. The fact that she was a Catholic in an increasingly Protestant country also made her unpopular.

Mary, with the support of the French, raised an army against the nobles in a bid to crush them. However, the nobles put aside their differences and managed to defeat the army of Mary. The nobles imprisoned her and forced her to abdicated in favor of her son, the future James VI of Scotland, and James I of England.

In 1568, Mary escaped from her prison and once more raised an army in a bid to reclaim her throne. Once again she was defeated and forced to flee to England. Queen Elizabeth initially received Mary warmly and even had some sympathy for her. However, many English Catholics hoped that Mary would assert her claim to the throne of England and depose the Protestant Elizabeth I. Spanish agents also hoped to use Mary in a plot to remove Elizabeth from the English throne. Mary was imprisoned. Many of Elizabeth I’s supporters urged her to execute Mary as she was a threat to her and to the Protestants of England.

in 1586, a major plot to murder Elizabeth was discovered, and Mary was implicated in the plot. She was later convicted for her role in the plot and sentenced to death. On this day in 1587, Mary Queen of Scots was beheaded for treason.