Tragic Discoveries from the Canadian Indigenous Schools and other Events 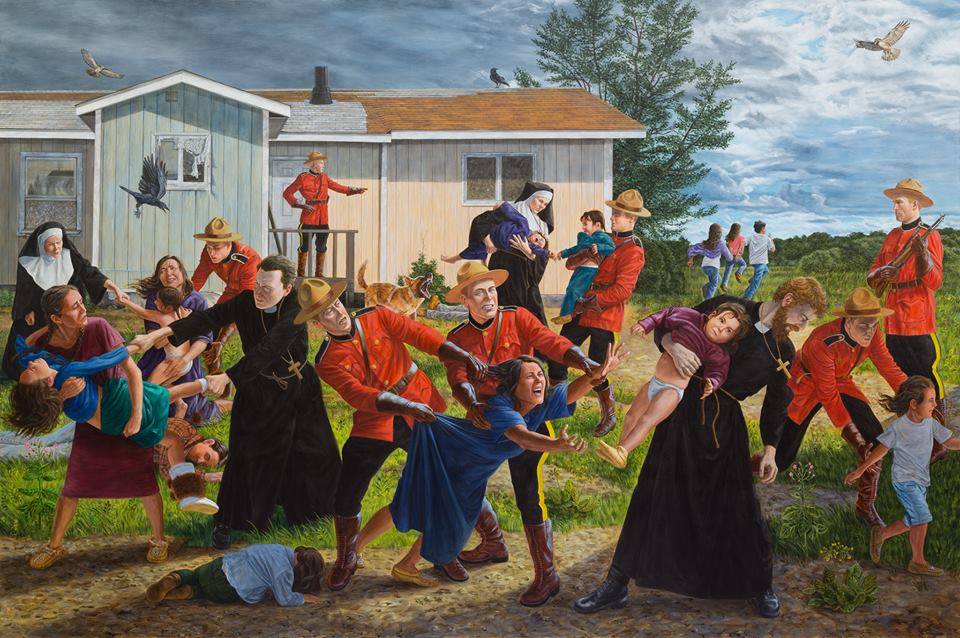 Tragic Discoveries from the Canadian Indigenous Schools and other Events

2. The Tragic Fate of Quebecois Orphans in the Care of the Catholic Church

Tragic as the Canadian authorities’ handling of Indigenous and Doukhobor children was, for sheer venality, those episodes are eclipsed by the authorities’ handling of what came to be known as the Duplessis Orphans. Until the mid-twentieth century, the Catholic Church held significantly, and sometimes pernicious, sway over Quebec. The 1940s and 1950s in particular were an era of widespread poverty, few social services, and Church predominance. In those dark days, Maurice Duplessis, a strict Catholic, became premier of Quebec. He immediately proceeded to place the province’s schools, orphanages, and hospitals, in the hands of various Catholic religious orders.

He then hatched a scheme with Church authorities to game the Canadian federal government’s subsidy assistance program to the provinces. The idea was to divert as many taxpayer dollars as possible into the coffers of Quebec’s Catholic Church. Canada’s federal subsidy program incentivized healthcare and the construction of hospitals, more so than other social programs and infrastructures. Provinces received a federal contribution of about $1.25 a day for every orphan, but more than twice that, $2.75, for every psychiatric patient. So Duplessis and Quebec’s Catholic Church decided to transform $1.25-a-day orphans into more profitable $2.75-a-day psychiatric patients.

1. When the Church and a Dirty Politician Conspired to Ruin the Lives of Orphans for Money

In order to exploit the Canadian federal government’s subsidy program, Duplessis and Quebec’s Catholic Church conspired to turn orphans into psychiatric patients. To implement their idea and siphon more federal subsidy dollars into the Church’s coffers, they set up a system to falsely diagnose orphans as mentally deficient. As a first step, Duplessis signed an order that instantly transformed Quebec’s orphanages into hospitals. That entitled their religious order administrators – and ultimately the Catholic Church of Quebec – to receive the higher subsidy rates for hospitals.

It took decades before the tragic and scandalous state of affairs was finally uncovered. By then, over 20,000 otherwise mentally sound Quebecoise orphans had been misdiagnosed with psychiatric ailments. Once they were misdiagnosed, the orphans were declared “mentally deficient”. It was not just a paperwork technicality. Once misdiagnosed as “mentally deficient”, the orphans’ schooling stopped, and they became inmates in poorly supervised mental institutions. There, the children were often subjected by nuns and lay monitors to physical, mental, and sexual abuse.

History Collection – The Dark Side of Great Historical Figures

Journal of Contemporary History, Vol. 30, Issue 1, 1995 – ‘The Enemy of Our Enemy’: A View of the Edelweiss Piraten From the British and American Archives