Top 10 Historic Scandals That Would Cause a Firestorm Today 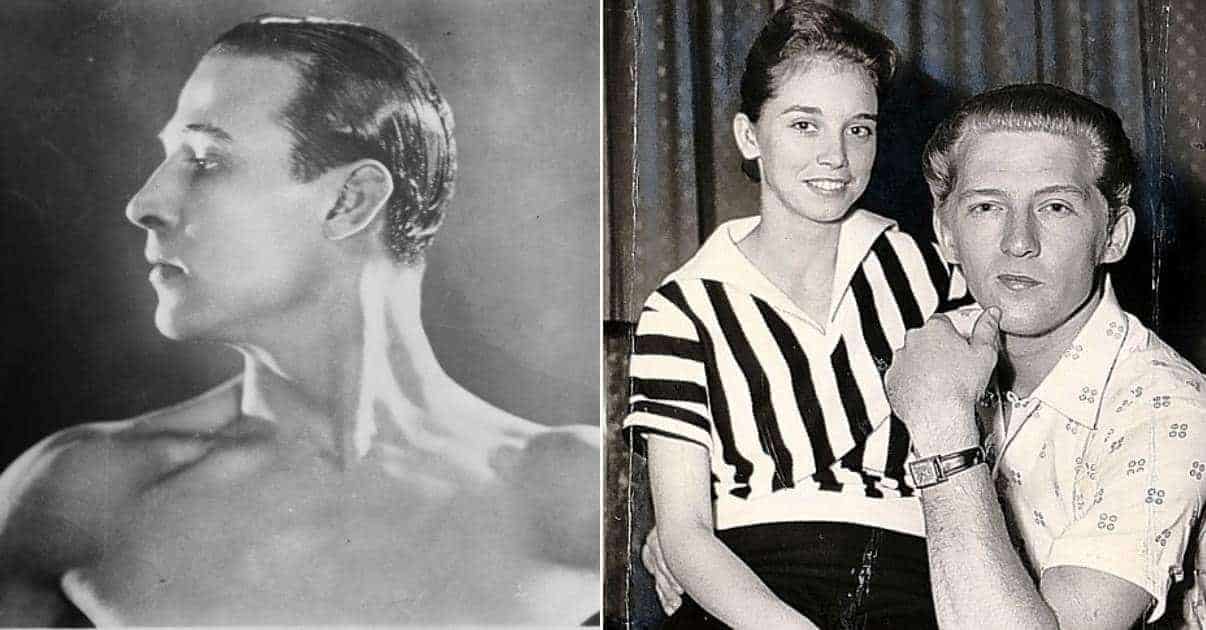 Top 10 Historic Scandals That Would Cause a Firestorm Today

Today’s British tabloids would have had a field day with Albert Edward (1841 – 1910), who went on to reign as King Edward VII of the United Kingdom from 1901 until his death. He was no great shakes as a king, being a mediocrity both as a man and as a monarch. However, as a libertine, Edward VII shone, standing in stark contrast to his notoriously priggish mother, Queen Victoria, who lent her name to an uptight and prudish age.

Growing up, the then-Prince Albert, or “Bertie”, was a disappointment to his prim and proper parents, Queen Victoria and Prince Albert of Saxe-Coburg. It started with Bertie’s first sex scandal, at age 16, with a prostitute. The queen was not amused. On the way back home from chastising Bertie for his wayward ways, his father caught pneumonia, which did him in. For the remaining four decades of her life, Queen Victoria blamed Bertie for killing her beloved husband and did all she could to keep him from succeeding her to the British throne.

She failed to get him removed from the line of succession, but often remarked that her longevity and long reign were due to her determination to outlive Bertie and prevent him from ever becoming king. She did her best, but after a 64-year reign, Victoria finally died in 1901, and after a long wait that he thought would never end, Bertie became king at age 60.

He was a big fan of Paris’ elite brothels, especially its most exclusive whorehouse, La Chabanais. There, he had his own room, decorated with his coat of arms and furnished to his specific tastes. Those tastes included a specially designed chair, named siege d’amour, which he had installed in his whorehouse room. By the 1890s, Bertie had become an obese, middle-aged, and out-of-shape man. So he had the heavy-duty love chair custom made to enable him to have sex without crushing his partners, and also to position them just right for royal access, with minimal exertion and contortions on his part.

The Scotsman William Kidd (circa 1645 – 1701) was one of New York City’s leading citizens and socialites, who became personal friends with at least three governors of the colony of New York. Among his philanthropic civic activities, Kidd had played a leading role in building New York City’s now historic Trinity Church. There was thus little in his background to indicate that he would end up swinging from the gallows, executed as the notorious pirate, Captain Kidd.

Kidd’s first sea command was as a privateer, commissioned in 1689 by the governor of Nevis to fight the French. He was granted what were known as “letters of marque”, authorizing him to prey on French vessels for the duration of hostilities between Britain and France. Later, he was issued additional letters of marque by the governors of New York and the Massachusetts Bay Colony.

In 1695, Kidd’s mission was expanded. He was presented with a letter of marque signed by King William III, giving him a roving commission to attack pirates in the Indian Ocean. The voyage started inauspiciously: sailing out of London in a newly equipped ship, the 34 gun and 150 men crew Adventure Galley, Kidd offended a Royal Navy captain by failing to salute his warship. The captain retaliated by stopping the Adventure Galley, and seized half of its crew to press them into the Royal Navy.

Crossing the Atlantic short-handed, Kidd made it to New York, where he replenished his crew with whatever out-of-work seafarers he could find. Most of them were hardened criminals and former pirates. Sailing into the Indian Ocean, a third of Kidd’s crew died of cholera by the time they reached the Comoros Islands. To top it off, he was unable to find any of the pirates he had been sent to hunt down.

The enterprise seemed a failure, and the crew, getting antsy, urged him to attack some passing vessels in order to make the voyage worth their time. When Kidd declined, his men threatened mutiny. Under pressure, he gave in, and reluctantly started attacking ships not covered by his privateering letters. By 1698, he had abandoned reluctance and any pretense of privateering, and turned full pirate. That year, he sealed his fate when he attacked a British East India Company ship. The powerful company exerted its influence in London, and Kidd was declared a pirate and outlaw.

Unbeknownst to him, by the time he returned to the American Colonies, Kidd’s public image had been transformed into that of an infamous pirate. During his absence, attitudes towards piracy had changed from the wink, wink, nudge, nudge, which had been the norm when he began his voyage. Now, crackdown was in the air, and the authorities were eager to make an example of somebody.

Kidd was thus very unlucky to return when he did. He was arrested as soon as he arrived in Boston, and he was sent in chains across the Atlantic for prosecution in London. There, word of his previous connections with government elites caused a scandal, and the powerful supporters whom he had expected to defend him abandoned him in droves. He was swiftly tried and convicted, and on May 23, 1701, he was hanged. His corpse was then left to rot in a cage on the Thames for all to see.

Medium – Ballad of the 13-Year-Old Bride

History Extra – Queen Victoria and Prince Albert: What Was Their Relationship Like?

The Scotsman – The Brutal End Of Greenock’s Treasure Island Pirate