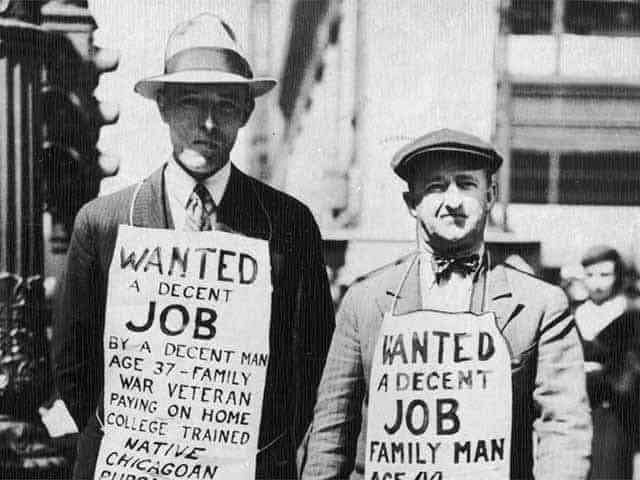 The Great Depression beset America from 1929 to 1939 and is remembered as the greatest economic downturn the country has ever seen. By 1933 approximately 25% of the entire population was unemployed. Men often deserted their families simply because they couldn’t take care of them. Mothers often moved in with other family to save money.

Colonel Jacob Schick dreamed up the electric razor after spending time in Alaska, where he got sick and tired of lathering up with freezing cold water before he had to shave. He also thought up the idea while recuperating from injury. He thought it so ingenious he sent out plans to manufacturers who immediately rejected the idea, thinking the invention was too bulky. All plans for the razor were put on hold when Schick had to return to active duty during World War I.

After he put his invention on hold and went back to war, he got inspired by weaponry and used the design of repeating firearms in razors with replaceable blades. This style of razor took off (in fact you’re still buying Schick razors in the drug store today). But Jacob Schick couldn’t get the idea of the electric razor out of his head, so he sold assets in his successful razor company and went back to working on the original electric razor idea.

Schick then started his own electric razor factory and churned out various models. He filed his original patent in 1930. It took a while for the idea to catch on, but as more razors were introduced, the electric model became more and more popular. Schick eventually sold to Norelco in the 1980s.

If Schick had not been called back to military service, would he have had his idea for his original injection cartridge blade razor? Maybe not. But thanks to Schick, shaving with a wet face or a dry face with ease and convenience are both options for men the world over.

Paul and Joseph Galvin are responsible for the invention of the car radio, which has allowed us to listen to music in our cars for over 80 years. Legend has it that the young brothers were on a double date and that one of their dates wished to be able to listen to music while in their car up on a lookout.

The brothers also wanted a catchy name for their invention. They were inspired by the victrola (the record player) and they went to market with their new invention as the Motorola. As you can guess, the name stuck and is still a name brand for car radios today.

Three years after they launched their invention the Galvin brothers cut a deal with Ford. Morola began to produce mass car radios and soon Ford was putting the device in all their cars. Next came deals with police and fire departments. The Motorola was quickly making the Galvin brothers rich and famous.

The Galvin’s Motorola radio didn’t even evolve again until the 1960s when drivers could actually gain control of what they listened to. Either way, if legend serves correctly, it’s a good thing the brothers went on that double date.

Yes, the modern day tampon was invented by a man. His name was Dr. Earle Haas. Haas was very connected to his wife. He felt sympathy pains for her that she could not come swimming with him during her period. He felt pads were impractical, so he got to work on inventing something that could help.

Haas got inspired by a friend in California who used a sponge to absorb menstrual flow. Haas turned to cotton. Tamponades were a form of compressed cotton used to absorb blood during surgery and Haas thought they’d work nicely. He added an applicator and he now had a tampon.

Haas patented the device as a catamenial device (which is Greek for monthly). He eventually sold the company to Gertrude Tenderich, who founded Tampax. Tenderich then aggressively advertised the tampon as a solution for the modern woman, and the rest is history.

Later, Haas went on to invent the diaphragm, making him quite the feminist. Even after all these years, a scene with a tampon was deemed taboo enough to be banned from the latest version of “Fifty Shades of Grey.” We wonder what Haas would think of that.

Ruth Graves Wakefield invented the chocolate chip cookie. There are various stories as to how she came up with it. Some say it was an accident and that she expected the chocolate to fully melt and make a chocolate cookie. Others say she cut up a chocolate bar into pieces to make it work harder for her. Either way, our mouths are thankful.

Wakefield worked as a chef at the Toll House Inn (which is how Toll House cookies got their name). She claims she invented the cookie entirely on purpose. She was looking for a substitute for a very popular butterscotch cookie so that guests of the inn could have options.

Nestle eventually bought the recipe from Wakefield and now every bag of Nestle chocolate chips sold has some variation of that recipe on the back. The cookies became the most popular item to send to soldiers in care packages during WWII. 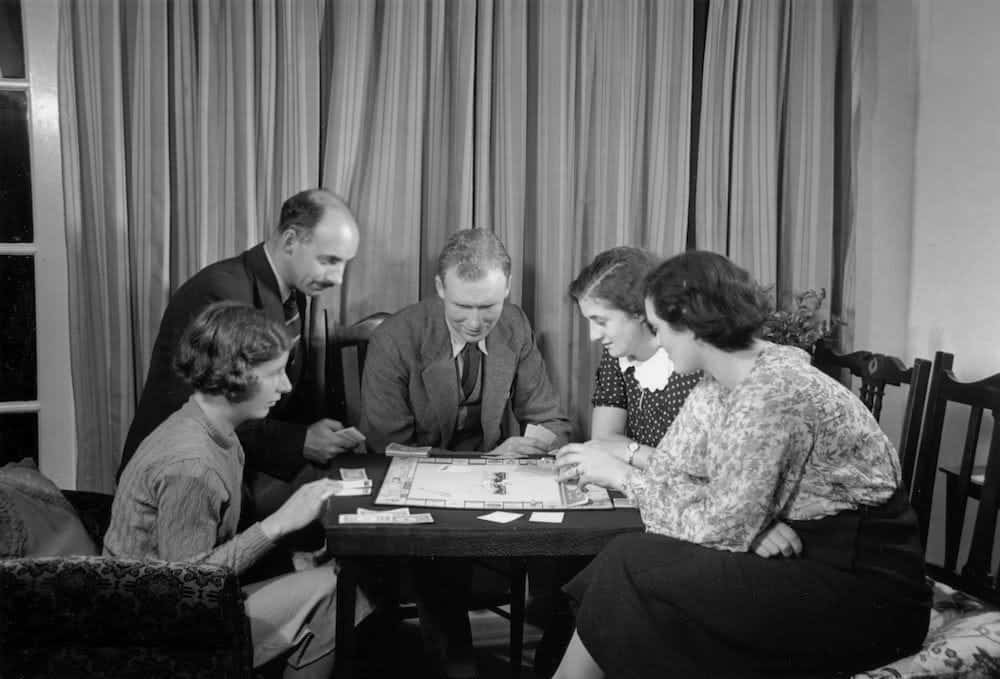 Board games were an incredibly popular way to pass the time during The Great Depression, as you didn’t have to go out and spend any money to be entertained. Charles Darrow patented and popularized the game Monopoly in the 1930s, but the original inventor of the game is now thought to be Lizzie Maggie, who came up with the concept under the title “The Landlord’s Game.”

Darrow, like much of America, was out of work after the stock market tanked. He saw friends and neighbors playing a homemade board game where the object of the game was to buy and sell property. Darrow partnered up with a designer and refined the look of the game. He then started to self-promote the game and sell it.

Parker Bros discovered the game through Darrow and bought it from him. They refined the look of the game even more (adding the infamous “Get Out of Jail Free” card) and began selling it. For a while, Parker Bros also offered “The Landlord’s Game,” but Monopoly proved much more popular.

Legend has it that Darrow originally played the game with a group of Quakers who were friends with his wife. They helped him write down all the rules. Darrow falsely claimed the game to be his own invention. Eventually, Parker Bros paid Lizzie Maggie just $500 for the rights to the game.

ThoughtCo – A Brief History of the Tampon