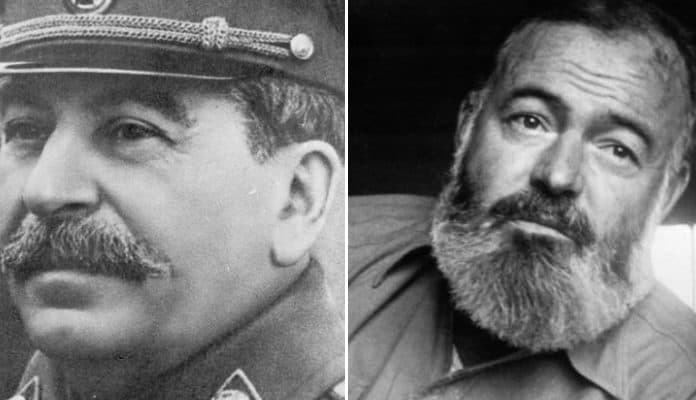 In many cases, psychiatrists can’t agree on the diagnosis and treatment of what are, nowadays, some of the most common mental disorders. Despite putting a man on the moon (shhh conspiracy theorists), it’s no secret that psychiatry is still a relatively new medical specialty. The way we think about mental illness changes almost constantly. However, as with most health issues, it doesn’t matter if you’re rich, poor, famous, intelligent, or not so intelligent; mental illness doesn’t discriminate. And this has always been the case.

From antiquity to today – even though we can’t be sure about the exact type of disorder they suffered from – there’s plenty of evidence that there have been many historical figures who suffered from mental illness, including artists, scientists, political leaders, royals, and geniuses, whose contributions shaped our world whether for good or bad. Here follow twenty extremely influential historical figures that had to battle and overcome mental illness during their lives.

20. Winston Churchill Referred to his Intense Depression Episodes as his “Black Dog”

Winston Churchill is believed to have suffered from depression or bipolar disorder. After observing many of his symptoms, including depression, suicidal thoughts, mania, and insomnia, Churchill’s doctor, Lord Moran, recounted in his memoir Winston Churchill: The Struggle for Survival that he had diagnosed a middle-aged Churchill with bipolar disorder. Despite the extreme struggles and symptoms he had to fight with (referring to his depression as a “black dog”), Churchill still managed to fulfill a life of purpose and achievement, leading Britain as a prime minister to victory in the Second World War.

Historian Andrew Roberts, however, suggests that “black dog” had a different meaning at the beginning of the 20th century and did not refer to mental health. The letters of Churchill to his wife, Clementine, leave no doubt that the famous politician suffered from depression though. He mentions among other things that a friend’s wife had been treated by a doctor for apparent depressive episodes. “I think this man might be useful to me – if my black dog returns,” Churchill wrote, while he also mentioned his terrible and reasonless bouts with depression.