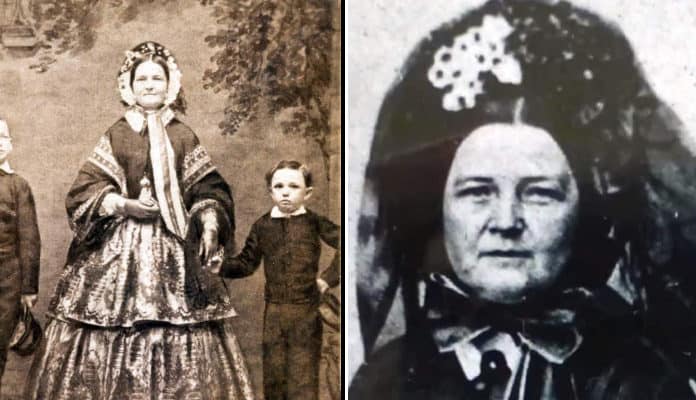 Mary Todd Lincoln lived a life of privilege and tragedy. Growing up on a plantation, she becomes comfortable with slavery. She didn’t understand any other life — at least not until she met a rather tall gentleman named Abraham Lincoln. Finding herself falling in love with Lincoln, she became pregnant. Quickly the couple married and settled into a home in Springfield, Illinois.

It is at this moment that Mary Todd Lincoln’s life becomes more tragic. Mary continued to live well as Abraham even agreed to let his wife hire a servant to help care for their rambunctious children. Her life would become more privileged and tragic as her husband became the 16th President of the United States.

30. Mary’s Mother Passed Away When She Was A Little Girl

Even though Mary grew up in comfort, she would go through heartache. As the town banker, Mary’s father, Robert Todd, owned slaves. His wife and Mary’s mother, Elizabeth “Eliza” Todd remained at home with her children, three of which came into this world before Mary.

Mary lived a carefree life until one day when her mother went into labor with her seventh child. During childbirth, Eliza contacts puerperal fever and never recovered. A few days after giving birth to George, Eliza passed away. For the next two years, Mary’s maternal grandmother and older sister took care of her.