The Pentagon's Plan to Fight Zombies and Other Unusual Military Schemes 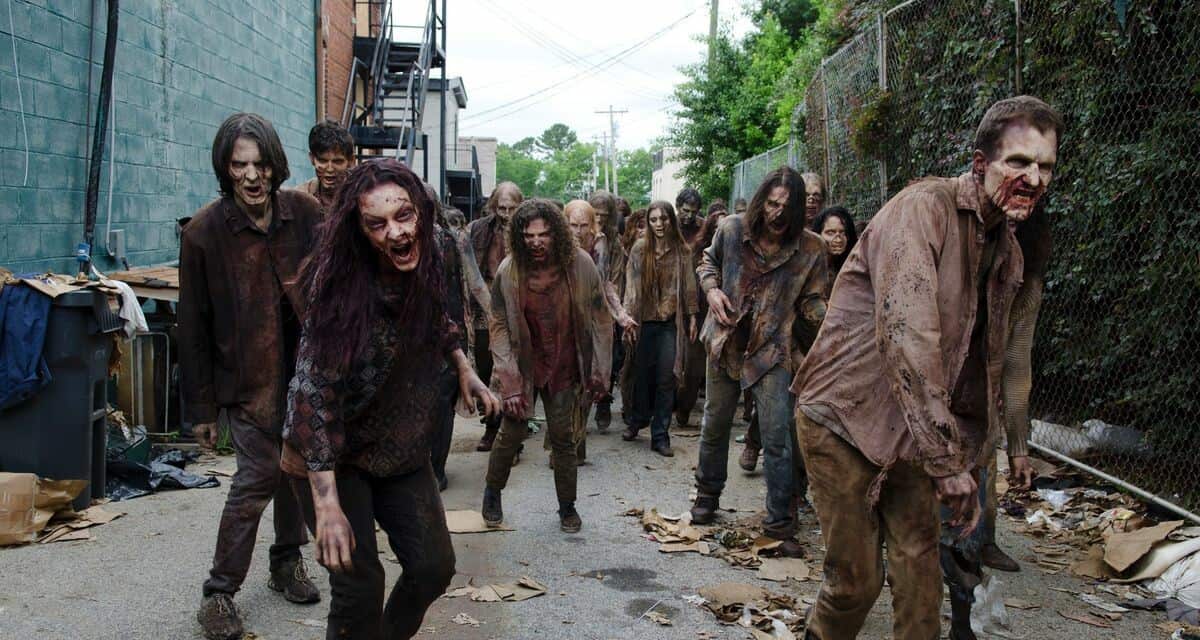 Lytle Adams gathered together an unusual team, that in addition to supportive scientists included a popular Hollywood Western actor, a former hotel manager, and a former gangster. He took them, along with naturalists from the University of California, on an expedition to collect bats. Studies and observations confirmed Adams’ hunch that the Mexican Free-Tailed Bat was the best candidate for the project. So the team netted hundreds of Free-tails, placed them in refrigerated trucks to induce hibernation, and sent them to Washington for further research.

There, Adams conducted an experiment in front of military brass with some Free-tails and dummy bombs. The results impressed his audience, and convinced them that the plan, which was designated Project X-Ray, warranted serious research. The US Army Air Forces was put in charge of the project, whose subject matter was described as a “Test of Methods of Scattering Incendiaries“. Testing and research were ordered so as to “[d]etermine the feasibility of using bats to carry small incendiary bombs into enemy targets“.

The pace of work on Project X-Ray picked up in 1942. First, there was a need to confirm a key concept necessary for the plan to proceed: could the bats actually carry the weight of small incendiary bombs? Female bats routinely carry their young, and tests conducted at Moffet Field Naval Air Station in Sunnyvale, California, confirmed that the species can, indeed, carry a load equal to or greater than its body weight in sustained flight. It was now time for the next step, so teams were sent to delve into caverns throughout America’s southwest, to drum up bat recruits for large scale testing.

The flying critters were captured by the thousands and transported to research centers, where they were placed in specially constructed “bat houses”. With the test subjects/ recruits in place, it was time to develop the tiny bombs that would transform bats into weapons of mass destruction. The job was given to Dr. Louis Fieser, an organic chemist best known as the inventor of militarily effective napalm. Fieser eventually settled upon a design for a light bomb made of a guncotton case, filled with kerosene. A capsule attached to the bomb contained a timed fuse and trigger assembly, which was attached to the bat with a wire.

2. The Nuts and Bolts of the Bat Bomb Plan

The plan was that when a bat was released from an airplane, a bomb would dangle from it via a wire. The bomb’s weight would activate a timed fuse, which would eventually trigger the incendiary. Bat Bombs came in two models: a 0.6 ounce incendiary, which produced a 10 inch flamed that burned for 4 minutes, and a 1 ounce model, which produced a 12 inch flame that burned for about 6 minutes. By then the critters, released over Japanese cities, would hopefully have roosted inside attics and other nooks and crannies. In theory, the bats would gnaw through the wire that connected them to their incendiaries before they went off, and thus survive their mission and go on to live happy bat lives.

If not, they would have the gratitude of Uncle Sam and the thanks of a grateful nation for their sacrifice. To deliver the individual Bat Bombs to their target area, the critters were first induced into hibernation, then tiny incendiaries were affixed to them. Next, they were placed in a special bomb casing that contained 26 stacked trays, each with 40 bats, for a total of 1040 bat incendiaries per bomb. The bombs would be dropped at an altitude of 5000 feet above a Japanese city, then deploy a parachute and break open at 1000 feet, to release the by-now awakened bats to fly off and find roosting places.

1. Fortunately for Japan, the Plan to Torch it With Bat Bombs Was Never Carried Out

Project X-Ray experienced some testing mishaps, most notable of which occurred on March 15, 1943. That day, armed bats were accidentally released at Carlsbad Army Air Field, New Mexico, and they set the place ablaze. The silver lining was that it confirmed that weaponized bats can, indeed, start major fires. More controlled weapons testing at a specially designed “Japanese Village” confirmed that Bat Bombs were, pound for pound, between 11 to 21 times more effective than standard bombs. As the project’s chief chemist noted: “the regular bombs would give probably 167 to 400 fires per bomb load where X-Ray would give 3,625 to 4,748 fires“.

Despite promising test results, the authorities pulled the plug on Project X-Ray in mid-1944, when they were informed that it would not produce a deployable weapon until 1945. That was deemed too slow a pace, and since the Manhattan Project was on track to produce a war-winning bomb by then, X-Ray was cancelled after a 2-year life and a $2 million expenditure. To his dying day, Dr. Lytle Adams insisted that his Bat Bombs plan could have won the war, with fewer horrors than atomic bombs. As he put it: “Think of thousands of fires breaking out simultaneously over a circle of forty miles in diameter for every bomb dropped. Japan could have been devastated, yet with small loss of life“.

Foreign Policy – Exclusive: The Pentagon Has a Plan to Stop the Zombie Apocalypse. Seriously

History Collection – Mao’s Plan to Exterminate Sparrows, and Other Bad Ideas From History

Smithsonian Magazine, August 10th, 2015 – Bats and Balloon Bombs: The Weird Weapons That Could Have Won WWII