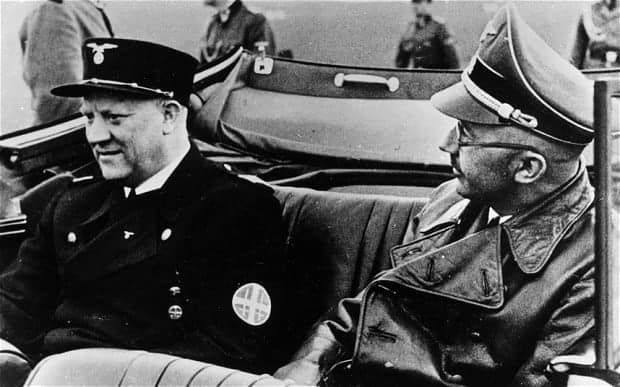 3. Payback on a Berlin Street

The impunity enjoyed by Talaat Pasha ended in 1921. An Armenian revolutionary named Soghomon Tehlirian had discovered Talaat’s Berlin address, and rented an apartment nearby to study his every move. On March 15th, 1921, Tehlirian shadowed Talaat when he left his house, and waited for the right moment to dish out payback. Upon confirming his target’s identity, Tehlirian pulled out a Luger pistol, shot Talaat dead in broad daylight, then waited over the corpse for the police to arrive and arrest him.

Tehlirian’s subsequent trial for murder was a sensation, which he used as a platform to draw attention to the Armenian Genocide. His lawyers focused on the impact the genocide had on Tehlirian’s mental state. He testified that he had acted after his mother – killed during the atrocity – had appeared to him in a dream, berating him for not having avenged her. It took a Berlin jury one hour to acquit him, returning a verdict of not guilty on grounds of temporary insanity.

2. The Butcher of Trebizond

The most vile and abhorrent of Operation Nemesis’ targets was probably Cemal Azmi, known as “The Butcher of Trebizond”. A founder of the Teskilat-i-Mahsusa (Special Organization), a unit created to suppress dissent and separatism in the Ottoman Empire, Azmi was serving as governor of Trebizond province when the Armenian Genocide began in 1915. An enthusiastic participant, he massacred Armenians by the tens of thousands.

1. A Butcher Unable to Escape Payback

Following Turkey’s defeat and surrender, Cemal Azmi fled to Germany. The organizers of Operation Nemesis eventually tracked him down in Berlin. Aram Yerganian, who had already killed one of the retribution campaign’s targets, was tasked with visiting payback upon Azmi, plus another genocide accomplice, a Dr. Behaeddin Shakir. Another Armenian revolutionary, Arshavir Shirakian, partnered with Yerganian.

On April 17th, 1922, Yerganian and Shirakian came upon Cemal Azmi and Behaddin Shakir as the two murderers were strolling with their families on Berlin’s Uhlandstrasse. Shirakian opened fire, killing Azmi, but only wounding Behaddin, who took off running. Yerganian took off after the fleeing genocidier, caught up with him, and finished him with a bullet to the head. Neither shooter was apprehended.

Gambino, Richard – The True Story of the Largest Lynching in US History (2000)

Strik-Strikfeldt, Wilfried – Against Stalin and Hitler: Memoir of the Russian Liberation Movement, 1941-1945 (1970)