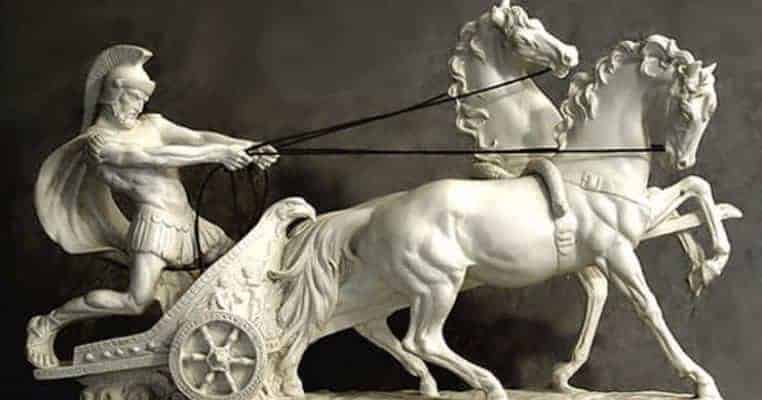 As a hot topic of conversation, wage inequality has never wanted for attention. But with the gap seemingly at its widest (and more visible) ever between the haves and have-nots of humankind, more fuel is being added to the flames of this increasingly heated issue. Just as you can be sure that Godwin’s Law applies to comment threads, you can also bet your bottom dollar that when it comes to the issue of wage inequality, overpaid athletes are guaranteed to make an appearance.

From football players and Formula 1 racers to golf and tennis maestros, sportsmen and women are often hailed as overpaid examples of capitalist culture gone mad. In 2009 Tiger Woods became the first sport star to gross over $1 billion; in 2017 Cristiano Ronaldo extended a contract with Real Madrid that earns him at least $50 million annually in salary alone; and, as Forbes announced at the beginning of 2018, a successful string of endorsements and sponsorships saw Michael Jordan retain his title as the highest earning athlete with total earnings of $1.85 billion.

Surprisingly, however, all of these sport stars pale into comparison against a Roman chariot racer of the second century AD. Thanks to an inscription set up in the city of Rome in 146 AD, we know exactly how much Gaius Appuleius Diocles, a native Spaniard from the Province of Lusitania, earned during his 24 years as a charioteer—well in excess of 35 million sesterces (or 35,863,120 to be exact).

Just to put this into context, Professor Peter Struck at the University of Chicago has calculated that Diocles’s total earnings would have equated to roughly $15 billion in today’s money. And these were all net earnings: the charioteer didn’t have to shell out for sponsorship, line the pockets of promoters, or funnel any of his money into marketing fees. It goes without saying that Diocles wouldn’t have wanted for anything. But what, in real terms, could he have done with his vast personal fortune?

According to Professor Struck, by working out what it costs to pay the wages of the American military ($15 billion) for two months, we can presume that Diocles would also have been rich enough to bankroll the entire Roman Army for a two-month period. And this was when the Roman Empire was at its greatest territorial extent, running from Scotland in the North to Egypt in the South and Spain in the West to the Euphrates in the East. Or, if he had decided to direct his resources towards domestic welfare, Diocles could have borne the cost of the grain dole handed out to the entire city of Rome for an entire year.

It goes without saying that Diocles had to work hard for his money—much harder than the other moneyed class who enjoyed a high quality of life under the Roman Empire: the political elite. But even the landed aristocrats who made up the bulk of the Roman Senate were completely dwarfed by Diocles’s earning power. In fact, what Rome’s highest paid provincial governor could earn in a year, the charioteer could earn in two months. But as still people argue in defence of astronomically high-earning athletes, to justify the reward there had to be a great amount of risk.

Diocles was exceptional in his longevity. Born in 104 AD, he joined the White Faction (more on this in a moment) in 122 before racing for the Greens in 128. In 131, the 27-year-old became a racer for the russati or “Red Faction” and stayed with them for 15 years until he retired aged 42. Testament to how much of a celebrity he was is the amount of detail his dedicatory inscription goes into. And this has helped us reconstruct his career with a considerable degree of accuracy.

We know that his speciality was four-horse chariots. He raced them 4,257 times, coming first 1,462 times, second 861 times, and third 576 times. Diocles wasn’t necessarily the most consistent charioteer of the ancient world. But he was certainly one of the most loved, as suggested by the almost fanatical detail contained on his inscription. Part of this may have been because of the drama he brought. We know that he was a master of the “final dash”, winning in these circumstances no less than 502 times.

As already mentioned, for most of his career Diocles was a member of the russati or the “Red Faction”. Originally, Tertullian tells us, there had only been two charioteering factions: the Reds and the Whites. By Diocles’s day, however, there were four fully-fledged teams: the Reds, Whites, Greens, and Blues. Diocles’s affiliation with the Reds would have brought him fanatical adoration from some and passionate hatred from others. There are parallels between then and now— just as these days everybody has their own sports team or favourite player, in ancient Rome everybody had their own faction.

Inter-factional rivalry went beyond a bit of light-hearted competition, however, to become as passionate, violent, and high risk as the races themselves. In 77 BC, after learning about the death of one of the Red Faction’s star charioteers one fan went as far as to throw himself on the funeral pyre and be burned along side him. According to Suetonius, in 69 AD the Emperor Vitellius had some of the commoners executed for speaking ill of his beloved Blue Faction, taking their comments as a personal affront. Fights at the races were just as common too; the emperor fortunate enough to be separated from the extreme factional violence that took place in the stands.

Betting was also common among spectators at the circuses, and to try and have a hand in how things turned out fans would try to disrupt how the races unfolded. While in today’s stadiums, chanting and smoke grenades feature among the modern arsenal spectators use to distract their opposition, in the ancient world spectators would throw nail-studded curse tablets at the opposition as they passed by.

Not that the fans necessarily needed to get involved themselves. During a race it was pretty common for the three chariots representing each faction to team up with one another in their efforts to bring down a particularly strong or unpopular adversary. And when I say, “bring down”, I mean quite literally grind them into the dust on which they raced. But such violence most largely explain why the chariot races were so incredibly popular among all social strata of ancient Rome, and why the common but courageous men who raced in them earned such fierce respect for both themselves and for the factions they represented.

The Emperor Caligula (37 – 41 AD), for example, was an ardent fan of the Greens. According to his biographer Suetonius, he would constantly go to dine with them and would sometimes pass the night in their stables. He would also invite them to imperial banquets and, in keeping with tradition, would present them with gifts at the end of the meal. But in what was an ill-judged use of what was presumably public money, instead of small tokens Caligula rewarded his charioteers with vast sums of money—2 million sesterces in the case of one Eutychus.

One of his successors, the all-singing, all-dancing Emperor Nero (54 – 68 AD) loved charioteers so much that he essentially he decided to become one, much to the dismay of his regime’s advisors. Nero even competed in the Olympics of 67 AD at the head of a 10-horse team. In what must have been a spectacularly awkward scene, at one point the emperor was thrown from the chariot. He managed to make his way back in (the Latin doesn’t tell us how) but was unable to finish the race.

Not that this made any difference to the outcome. The judges still awarded Nero the crown (after all, who were they to deny him) and his body bruised but his ego massaged the emperor returned to Rome triumphant. In fact triumph is the perfect word here. For when Nero returned to Rome after his victory at the Olympics he did so in the midst of a triumphal procession—a ceremony reserved exclusively for military victories.

Gaius Appuleius Diocles never had the wealth of the Nero. We are, after all, talking about an emperor who decided to build his domus aurea (Golden House)—an enormous palace complex consisting of wild groves, an enormous lake, gold-encrusted walls, and revolving ceilings—right in the centre of the city, announcing upon its completion that he could “finally start living like a human being.” But Diocles did have some things that Nero didn’t—universal respect, an enviable sporting legacy, and the right to say at least he finished all the races that he won.