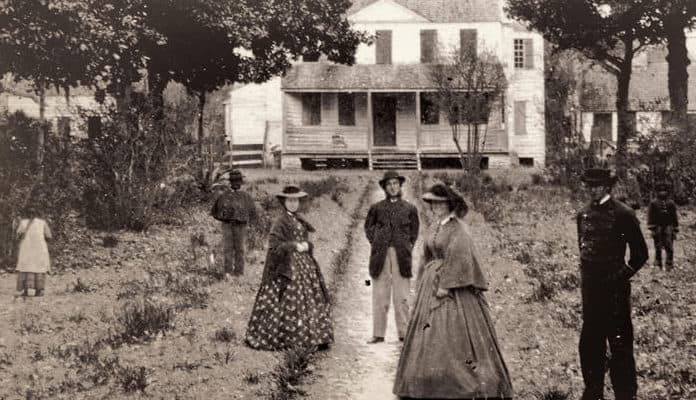 Julia Tyler is a name that isn’t mentioned much in history but definitely has a place in the history books. She is known as one of the most scandalous first ladies in history. In fact, people state she is the most controversial first lady of the 1800s – even beating out Mary Todd Lincoln!

Julia Tyler was the second wife of John Tyler, the 10th President of the United States. She married the president near the end of his term after John’s first wife, Letitia Christian, died in 1842 during John’s early presidential term. At first, most people became excited about the new first lady… that is until they got to know her a bit better.

35. Julia Tyler Lived In A World Where Women Were Oppressed, But She Remains Bold

It isn’t a secret; during the 1800s, women were thought of as weak. They needed men to take care of them, at least according to society. Because most women grew up being told this, it wasn’t hard for them to believe it throughout their lives. At least, most women continued to think that they needed a man because they are the weaker gender.

Some women, such as Julia Tyler, laughed at people who told her such statements. She didn’t think of herself – or any other woman – as weak. Instead, Julia saw herself as fabulous and bold. Eventually, she did start to see herself as different from other women.