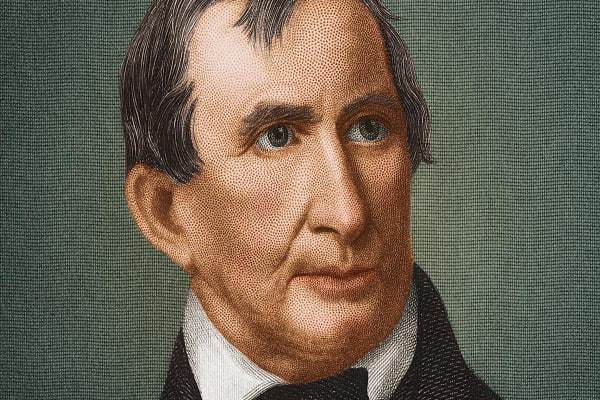 William Henry Harrison is an interesting subject for historical study for many reasons. The most obvious fact is that he holds the record for shortest time in office as President, at only 32 days.

On April 4, 1841, Harrison died of pneumonia,just 32 days after his inauguration. Beyond the ridiculously short time Harrison was in office, there are other things that are interesting about him. For example, William Henry Harrison was the last U.S. President who was an English subject before the country became independent. What is even more interesting is the way he campaigned when he ran for President. Before him, campaigns were very strict and proper affairs for the most part. Harrison is said to have led boisterous rallies complete with yelling and free alcohol. The public was very enthusiastic about it (or at least a portion of it was).

The political establishment despised him. They didn’t think that the United States would or could be served by someone who was so out of the norm for the time. It would be very interesting to see what those same people would say if they saw a political rally today.

William Henry Harrison was the 9th president of the United States, and was the grandfather the 23rd President, Benjamin Harrison. Like many other Presidents during the history of the nation, he started a family tradition of running and serving in public office. He served in the war of 1812, and was governor of the Northwest Territories (Indiana and Illinois), and was later a congressman and ambassador.

Harrison also holds the record for the longest inauguration speech ever, at almost 2 hours. Before the speech was edited, it was almost twice the size (according to some sources). Harrison’s inauguration day was cold and wet, and he didn’t wear a hat or overcoat during his lengthy speech. Some speculate this led to the illness that eventually killed Harrison.

While in office, Harrison didn’t get much done. Not only was he sick (starting with a severe cold leading into the pneumonia that he died from), but in those days the White House was open to anyone who wanted to visit the President. During the month he was in office, the majority of his attention were taken up by meetings from fellow Whig Party members who wanted to benefit from his election. He wrote on March 10, 1841, “I am so much harassed by the multitude that call upon me that I can give no proper attention to any business of my own.”

His campaign promise was to reform executive appointments, meaning cabinet positions. During his month-long tenure, he nominated many new people for different positions in the government, but he died before any of them were approved by Congress.