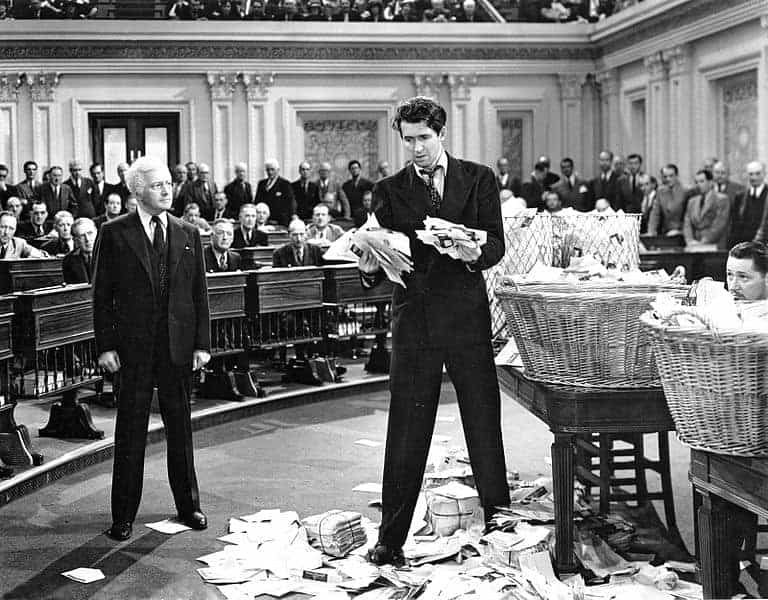 In the 1920s and even the 1930s American cities and towns were still very much dependent on the use of horses for carriages, delivery wagons, fire departments, and streetcars. Films of the eras demonstrate that dependence. Often observed in background scenes as the camera recorded them while following the action, they are proof that changes to America’s urban scenes were gradual over many, many years. City services and businesses appear in billboard advertising, street signs, and door fronts. From old movies we have pictures of what cities looked like at night, before and after gaudy neon lighting took hold in most urban areas.

We also have records of urban roads at a time before Interstate Highways, and the automobiles which negotiated them. Visual records of markets, long before the advent of self-service, are found in films. In westerns, the general store is nearly as large a feature of towns as the saloon, the sheriff’s office, and the train platform. Well into the 1940s most Americans purchased their groceries from small shops, rather than the supermarkets which evolved in the suburbs. Shop owners knew their customers and their needs and regular purchases long before the emergence of customer reward systems, which are really customer tracking systems.

The evolution of medicine and medical care in the United States are trackable through their appearances in films, both those purporting to depict historical events and in contemporaneous settings. For decades, doctors went to their patients rather than the other way around. In cities and larger towns, doctors did both, examining and consulting with patients in their offices, and following up with them in their homes. A doctor’s black satchel made him recognizable to all as he went about his rounds. Surgeons often performed operations in their own surgeries, rather than in hospital operating rooms and theaters, which were used for training.

When automobile ambulances emerged, they were little more than a car equipped with a stretcher and a siren. Life-saving equipment beyond simple bandages weren’t available. Not until the 1960s did corporate medical care, driven by the health insurance industry and specialization by physicians, come to dominate health care in the United States. Ambulances became trauma care units, supported by connection to physicians in emergency rooms. Americans once visited their doctor, paid for his services, and presumably followed his advice, as seen in hundreds of films from the past. Those days vanished near the end of the 20th century.

Two types of politicians appear in films of the past, honest and good, or dishonest and bad. Often the two are juxtaposed against each other. Some films of the past attempted to rehabilitate the reputation of real-life American politicians, such as Bob Hope’s portrayal of New York Mayor Jimmy Walker in Beau James (1957). Other films present American politicians entirely in fiction, such as All the King’s Men in 1949. Mr. Smith Goes to Washington was entirely fictional, though the corrupt influence of political machines displayed in the film were a large part of American history.

Films about real political events often became as controversial as the events themselves. All the President’s Men, a story mostly about journalism, earned condemnation from conservatives who believed it falsely portrayed the Nixon Administration. Like American politics themselves, political films going back to the 1930s polarized audiences, depending on the point of view of the protagonist in comparison to their own. America has always been a contentious, squabbling, nation when it comes to politics, and films offer a glimpse into how past generations managed to resolve their differences and keep the nation growing.