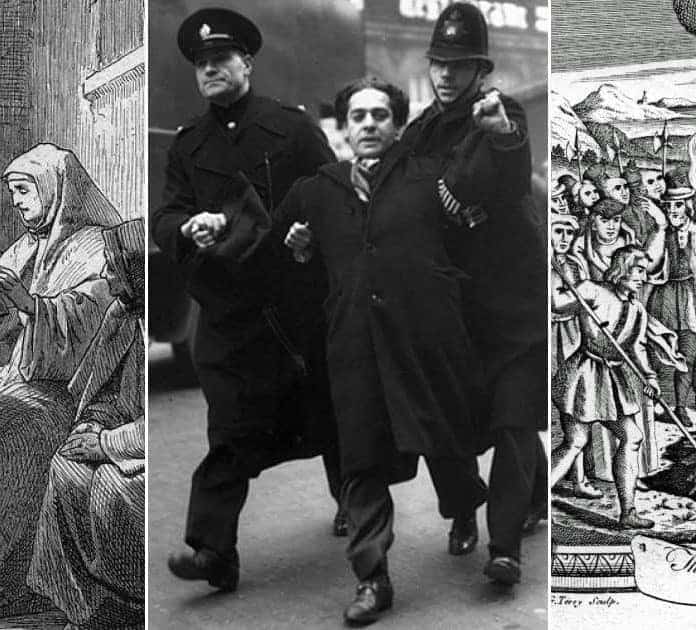 Mass hysteria, or collective delusion outbreaks, are more common than people realize. Most are familiar with some of history’s most dramatic mass hysterias, such as the one surrounding the Salem Witch Trials, but other outbreaks have come and gone, without garnering as much attention or causing as much harm as that of Salem . An example of a more prosaic mass hysteria incident occurred in 2012, when a student in Leroy high school in upstate New York began twitching and convulsing, and within a short while, dozens of other students started twitching and convulsing as well. There were no physical causes – it was all in the kids’ heads.

Mass hysterias are sociogenic, mental illnesses that propagate and spread rapidly within a community, with psychological symptoms sometimes coming out and manifesting themselves as physical conditions. They often are caused by longstanding stresses and fears within a community, with symptoms slowly building up and emerging over a prolonged period of time, ranging from weeks to months. They usually explode in a rapidly contagious outbreak that engulfs the community or a large portion thereof, before subsiding over a period of weeks or months.

The Cat Nuns of France

Before the modern era, many outbreaks of mass hysteria occurred within religious institutions. Convents were in particularly prime grounds, ripe for eruptions of contagious mass delusion. That was because convents, especially in Medieval days, contained large numbers of nuns who had been forced into them by their families. Once in, they were compelled to lead lives that many found disagreeable.

Inside the convents, many of the unfortunate girls or women forced into becoming nuns were confined in prison-like conditions, and led a stressful lifestyle that was not of their own choosing. Among other things, the nuns were expected to be celibate, and submit to poverty, hard work, and unquestioning obedience to authority figures who had the right to compel compliance. Often they were compelled with coercive measures ranging from the imposition of extra labor, to confinement in cells, or withholding food and water. Physical chastisement and punishment were also available. This ranged from whipping and caning in-house, to turning over the most defiant nuns to ecclesiastic courts. If things went particularly bad, they could end up with a hardheaded nun getting burned to death for witchcraft or demonic possession.

Such conditions of communal longstanding stress and fear are textbook causes for the outbreak of mass hysteria. So it is not surprising that nunneries frequently experienced eruptions of mass delusions. One of the more bizarre incidents occurred in a French convent in the Middle Ages. A nun started meowing like a cat – an animal viewed in Europe at the time not as a cute and cuddly pet, but as being associated with Satan.

Soon, other nuns in the convent joined in and started meowing, and before long, the whole convent was meowing. It eventually became chorus-like, with all the nuns joining in collective caterwauling for several hours each day. Understandably, the cacophony alarmed and upset the neighbors, particularly in light of cats’ association with the devil and demonic possession. Pleas to stop were not heeded, so soldiers were eventually called in ordered to whip the meowing sisters into silence. That finally brought the mass hysteria outbreak to an end.