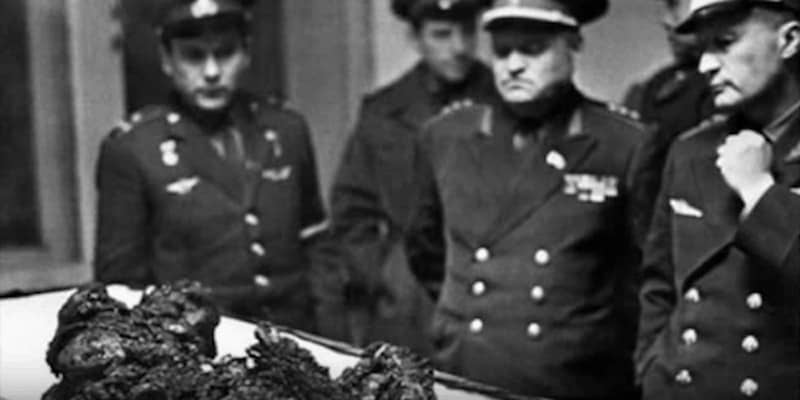 It was April 1967, and Soviet cosmonaut Vladimir Komarov was in a tough position. He was about to be launched into space aboard the Soyuz 1 rocket. Ordinarily, it was an opportunity a cosmonaut would be willing to kill for. But Komarov knew that the Soyuz 1 was likely doomed. The Soyuz mission would be complex, requiring the craft to rendezvous with another craft in orbit to transfer crew by spacewalk before returning to Earth. Even in the best circumstances, it would test the limits of the craft and the cosmonauts. And the Soyuz 1 was hardly the best craft to do it in.

There were already rumors that the Soyuz was in bad shape. The most recent test flight of the craft had been a miserable disaster. A malfunction with the ship’s escape system had triggered a massive explosion on the launch pad, obliterating the craft. Had the test been manned, any cosmonaut on board would have died instantly. It was clear to everyone involved in the launches that the craft wasn’t ready for any sort of mission. But the higher-ups ignored these potential problems and demanded that the launch go forward.

After all, Lenin’s birthday was coming up. And what better way to celebrate than for the communist state he left behind to send a man into space? More importantly, the Soviets were in a race with the Americans to reach the moon. The Space Race had come to embody the entirety of the Cold War, as both sides competed to see which system was more capable of dominating space. So far the Soviets were winning. Yuri Gagarin, a Russian cosmonaut, had been the first man to ever leave the Earth in 1961. Reacting to the Soviet success, the Americans had vowed to put a man on the moon by the end of the decade.

The Soyuz mission was vital to the Soviet plan to beat them there. There could be no delays. The launch was scheduled for April 23, 1967. Komarov was tapped to man the craft, while Gagarin was slated to be the backup pilot. But Gagarin was a national hero. He was a symbol of the success of the communist system. There was no way that any of his superiors would risk his life in a questionable launch. Gagarin knew that. According to a Pravda journalist who claimed to be on the scene, Gagarin tried to muscle his way on to the flight at the last minute.

His motivation, according to former KGB agent Venyamin Russayev who claimed to know Gagarin personally, was to get the flight scrapped and save Komarov’s life. According to Russayev, Komarov and Gagarin were friends, and Komarov had already insisted that Gagarin wasn’t to take his place on the flight. It’s believable given that the two were known to be close. However, some historians have pointed out that this incident was unlikely and that Russayev, in particular, isn’t a reliable source. Like many of the details that people often cite surrounding the case, this incident should be taken with a grain of salt. But whatever else happened on the launch pad, we do know that Komarov eventually boarded the craft and prepared to take off into space.

As Komarov prepared for the rockets to fire, the previous failures of the test flights must have weighed heavily on his mind. Strapped in above thousands of gallons of rocket fuel, there was little he could do in the event of a disaster. Even the slightest malfunction had the potential to turn the rocket into a massive bomb. But as the rockets fired, the Soyuz lifted off the launch pad, slipping through the atmosphere and into space. Komarov had a brief opportunity to take in the gentle curve of the Earth. Then it was time to get to the mission.

Immediately, the problems with the craft were obvious. One of the solar panels that provided power to the Soyuz failed to deploy. Even worse, the exhaust from the reaction control system on the craft interfered with the sensors Komarov needed to maneuver. After a few orbits, the systems that stabilized the ship had failed. There was little that Komarov could do now except drift through space. Back on the ground, mission control was struggling to adjust the plan so that they could continue the mission. Soyuz 2, which was scheduled to lift off shortly, would now need to fix Komarov’s solar panels and control systems during the rendezvous.

But that night, a thunderstorm rolled in over the launch site in Kazakhstan. The storm disrupted the electrical systems in Soyuz 2’s boosters. The flight had to be scrapped. Komarov, still in orbit, would get no help from Earth. The only option now was for the cosmonaut to somehow get his failing ship back to Earth. With most of his maneuvering systems knocked out, the only option was to retrofire back towards the planet’s surface. This would knock the craft out of orbit and allow Komarov to re-enter the atmosphere.

It sounds simple, but in reality, it was anything but. Komarov relied on the ship’s sensors to orient himself, and none of them were working. Thinking quickly, ground control worked out a way for Komarov to navigate by sighting the moon in his periscope. With his fuel running low, the cosmonaut managed to guide his ship onto the right course and fired the engines. The craft shuddered as it moved out of orbit. The Soyuz was designed to survive the trip through the atmosphere. But while the return trip was supposed to be safe, it wasn’t comfortable.

As the Soyuz 1 moved from the vacuum of space into the atmosphere, gravity gently began to pull Komarov down. As the ship skimmed through the atmosphere, the pull became more intense. Friction built up around the craft. Super-heated plasma licked the windows. The ship shook violently as Komarov was plastered to the back of his seat. Komarov was now in a man-made meteor hurtling through the atmosphere on a collision course with the ground. He had to remain calm. He had to hope that the ship which had failed him so many times already would still see him safely back to Earth.

As the Soyuz 1 fell over the steppes of Russia, the drogue parachute deployed to slow down the craft. Meanwhile, Komarov was in touch with ground control. According to the transcripts, Komarov tried to reassure his comrades that everything was fine. “I feel excellent,” he said. “Everything’s in order.” Ground control was also optimistic. “Understood,” they replied. “Our comrades here recommend that you take a deep breath. We’re waiting for the landing.” That transmission was the last anyone ever heard from Komarov. Though he didn’t know it, disaster was waiting.

Though the main parachute deployed, it failed to open. The sudden jerk Komarov would have been expecting as the cute caught the air never came. Realizing something was wrong, Komarov deployed the reserve chute. It too failed to open, becoming tangled in the drogue chute. There was no nothing to slow the craft’s fall. The Soyuz reentry module impacted the ground at full speed. A rescue helicopter arrived shortly afterward and saw the module laying on its side, tangled up in its parachutes. A few seconds later, the thrusters that were supposed to help the module slow down before landing fired automatically.

By the time the rescuers arrived, the module was in flames. Black smoke filled the air, and the heat was so intense that the metal began to melt. The rescuers desperately tried to extinguish the blaze with fire extinguishers. When those didn’t work, they frantically began shoveling dirt onto the flames. By the time the fire burned out, the module had completely disintegrated into a smoking pile of debris. Inside, the rescuers found what was left of Komarov’s body still strapped into his seat. An autopsy confirmed that he had probably died during the initial crash.

The Soviet space program was famously secretive. But Komarov’s death couldn’t be hidden from the public. A public announcement was made, and Komarov’s ashes were laid to rest in the walls of the Kremlin in a state funeral. Gagarin, meanwhile, was deeply affected by the death of his friend. According to a rumor that circulated later, Gagarin confronted Leonid Brezhnev, the leader of the Soviet Union, over the crash and threw a drink in his face. This almost certainly isn’t true, but it makes for a satisfying image and probably reflects some of what Gagarin was actually feeling. Like many stories surrounding the crash, it’s hard to pick the truth out of Cold War myth.

What is certain is that the crash made it impossible for the Soviet high command to ignore the problems with the Soyuz program. And it meant that the plan to put a man on the moon had to be delayed. By the time the Soviets were approaching the capability to carry out a moon mission, the Americans had beaten them to the punch. While the failure of the Soyuz 1 cost the Soviet’s the Space Race, Komarov’s sacrifice resulted in a program that was safer and more effective. Today, countries around the world rely on the Soyuz to deliver their astronauts safely to the International Space Station.