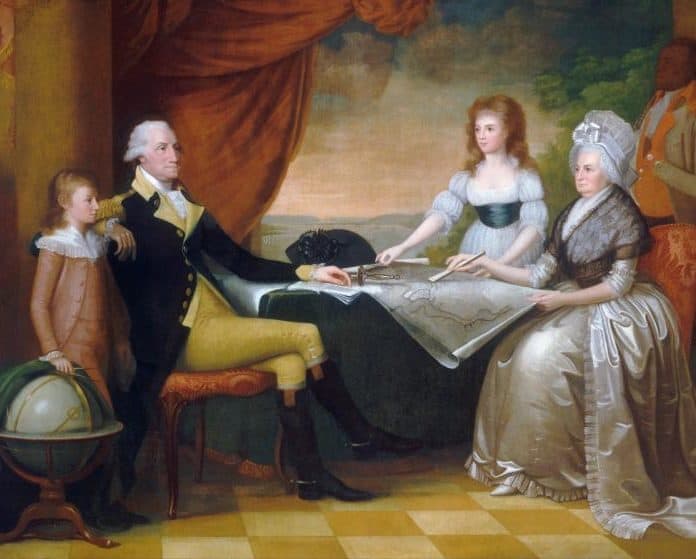 Conspiracy theories are inherently enticing, offering the fantastical stories of fiction combined with the real-world stakes and personalities of history. Offering alternative, and often more interesting versions of events, they provide the possibility of rewriting the everyday into duplicitous and exciting betrayals and plots. However, more often than not, these hypotheses are baseless, resulting in embarrassing conclusions for those proposing them. Whether suggesting George Washington was secretly replaced by the Illuminati or the Boston Tea Party was a covert drug operation, conspiracy theories are abundant concerning the Founding Fathers of the United States. Nevertheless, in the age of fake news, it probably does not even need said to take any such ludicrous and unsupported claims with a mountain of salt.

Here are 16 bizarre (and most likely untrue) conspiracy theories concerning the Founding Fathers of the United States:

16. It has been claimed the Illuminati’s founder, Johann Adam Weishaupt, assassinated and replaced George Washington in 1785

Founding the Order of the Illuminati on May 1, 1776, Johann Adam Weishaupt sought to make use of the ongoing popular trend of secret societies for the general good of humanity. Claiming to promote freedom and equality, Weishaupt, taking the name “Brother Spartacus” within the order, hoped the Illuminati could help illuminate the minds of Europe and aide in the Enlightenment process. However, perceived by many Church authorities as hostile to religion, the radical rationalist philosophy of the Illuminati quickly attracted suspicion, with the secret society outlawed by Karl Theodor, Elector of Bavaria, in 1784 and forcing Weishaupt to flee into exile.

Viewed with moderate acceptance by many early Founding Fathers, with Jefferson writing to Madison that Weishaupt was an “enthusiastic Philanthropist” and an outstandingly moral person, it has been a longstanding conspiracy theory that, rather than living in exile in Gotha as historically presented, Weishaupt instead emigrated to the United States. Seeking to infect the fledgling nation within his secret doctrine, some unsubstantiated claims go even further, asserting Weishaupt covertly assassinated George Washington and replaced him in 1785. Although admittedly looking somewhat similar, with proponents claiming the one-dollar bill represents Weishaupt and not Washington, it is unlikely his strong German accent would have gone unnoticed.