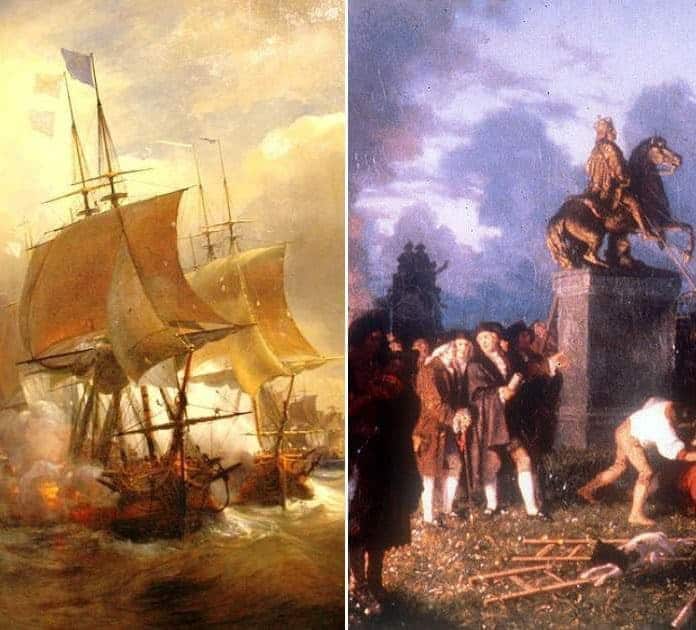 Of all the events in American history which have become enshrouded in myth, the American Revolution may well lead the list. Leading actors in its events have become dehumanized, emotionless marble gods spouting platitudes regarding life and liberty, instead of the anxious men who feared for the safety of their family and fortunes which they placed at risk. Many of them were heavily in debt to British merchants and factors; all of them were regarded as criminals by the British government, some from activities before the Revolution such as smuggling. Their motivations were as varied as their circumstances.

The Revolution was a mass of contradictions. It began with a minor skirmish in Massachusetts, it didn’t end until it became a global war. The main author of the Declaration of Independence blamed the British king for the practice of slavery he himself espoused. The majority of Americans did not actively support the Revolution, roughly one third openly opposed it, as did most North Americans living in Canada. The Revolutionary War is said to have begun on Lexington Green on April 19, 1775, a belief which ignores many acts against the British Crown which occurred earlier, including armed insurrection in New Hampshire, Virginia, Massachusetts, and Rhode Island. Some towns declared themselves independent of the British Empire more than a year before it was debated in Congress.

Here are ten things which you may not know about the American Revolution and the people who fought to separate themselves and their posterity from the British Empire.