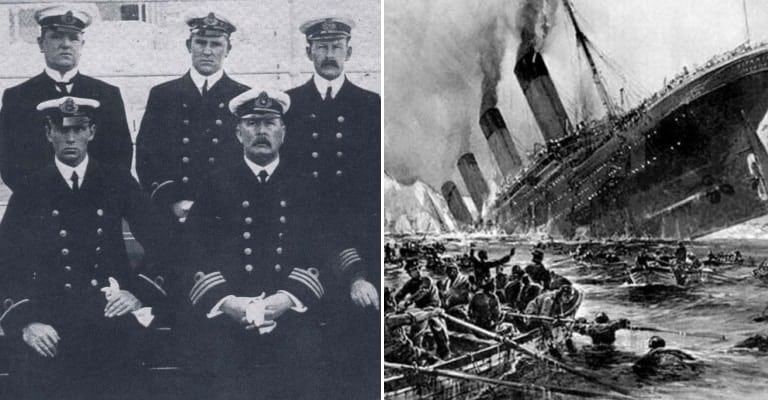 Charles Lightoller has been portrayed in films many times, nearly all of them centering on the night in 1912 when Titanic sank. Kenneth More played him in A Night to Remember in 1957, Jonathan Phillips in James Cameron’s Titanic four decades later. His role in the evacuation of Dunkirk was fictionalized (as Mr. Dawson) in 2017 when the character was played by Mark Rylance in the film Dunkirk. His service in the Royal Navy during World War I has seldom been presented, and the rest of his life is often ignored entirely, including his time spent in the Canadian Yukon and when shipwrecked for eight days in the Indian Ocean.

Following the loss of Titanic, he was briefly famous, and in a newspaper article he penned for the Christian Science Journal he attributed his survival of the disaster as “With God, all things are possible”. In his memoirs, he described another period of his life, the time spent in the Yukon prospecting, and then traveling across Canada by hopping trains, a bit more pithily. “I’d tried it out, I’d had a great time, and I’d got back…Admittedly I’d gone broke; on the other hand, I had got back”.

“Titanic: Why was lifeboat not full?” Belfast Telegraph Online. April 23, 2012

“It is difficult to tell of the experience…” Charles Lightoller, Christian Science Journal. October, 1912

Our Warwickshire – The Ss Suevic And The Aftermath Of Its Accident

ThoughtCo – A Timeline of the Sinking of the Titanic

History Channel – Why Did the Titanic Sink?