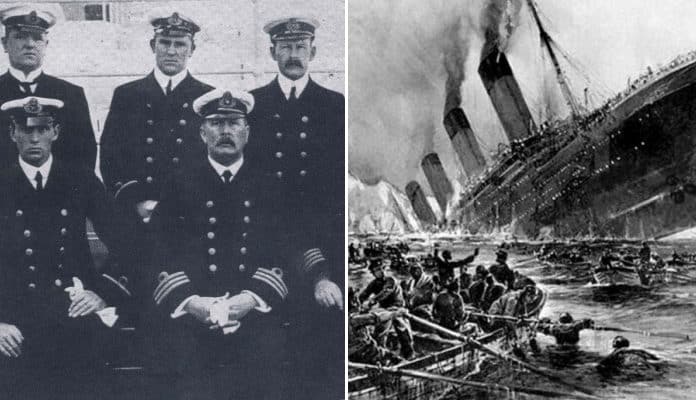 Charles Lightoller, the most senior member of the crew of RMS Titanic to survive the vessel’s sinking in 1912 had by then already lived a life of adventure which seems improbable. Then 38 years old, Lightoller had been a cowboy, a gold prospector in the Yukon, a veteran seaman on ships both steam and sail driven, a shipwreck survivor, a cattle wrangler on a cattle boat, a hobo, and a respected navigator and ship’s officer. He survived the loss of Titanic by riding out the night on the hull of an overturned collapsible lifeboat, saving 30 others as well as himself by constantly shifting the weight distribution of the passengers standing in the frigid weather.

Following the sinking of Titanic his adventures continued. During the First World War he served in the Royal Navy, sinking a German U-Boat by ramming it with his ship, a small destroyer, and battling a German zeppelin intent on bombing targets in Southern England. Retired when World War II broke out, Lightoller commanded his own motor launch as one of the small boats which rescued the British Army from the beaches of Dunkirk. He rescued well over 100 British soldiers from France in his vessel, which was overcrowded and under fire. His remarkable life is little known, and well worth remembering. Here is his story.

1. His nautical career began in sailing ships in the late 19th century

Charles Lightoller first went to sea at the age of 13, hoping to avoid a life in the cotton mills of his native Lancashire. During his apprenticeship he was shipwrecked in the Indian Ocean, stranded on an island with other survivors for eight days, rescued by an Adelaide bound steamer, and returned to England aboard one of the last remaining clipper ships in service. On one voyage aboard a windjammer, a sailing vessel equipped with steel masts and hull, he saved the ship when the cargo of coal caught fire. Lightoller successfully fought the fire, and having already passed the examination for second mate, he was awarded that rank. By 1895 he held his mate’s certificate, making him eligible to serve as first officer.

Lightoller left the world of sailing ships that same year, shifting to the more scheduled world of steamships. At the age of 21 he signed on with the African Royal Mail Service, which made regular runs along the coast of West Africa. Exposed to various tropical diseases, Lightoller came down with malaria, during which, according to his autobiography Titanic and Other Ships, his temperature soared to 106 degrees. It was while recovering from malaria Lightoller learned of the gold strikes in Canada’s Yukon Territory. After regaining his health the young officer turned his back on the sea, and headed for the Canadian gold fields.