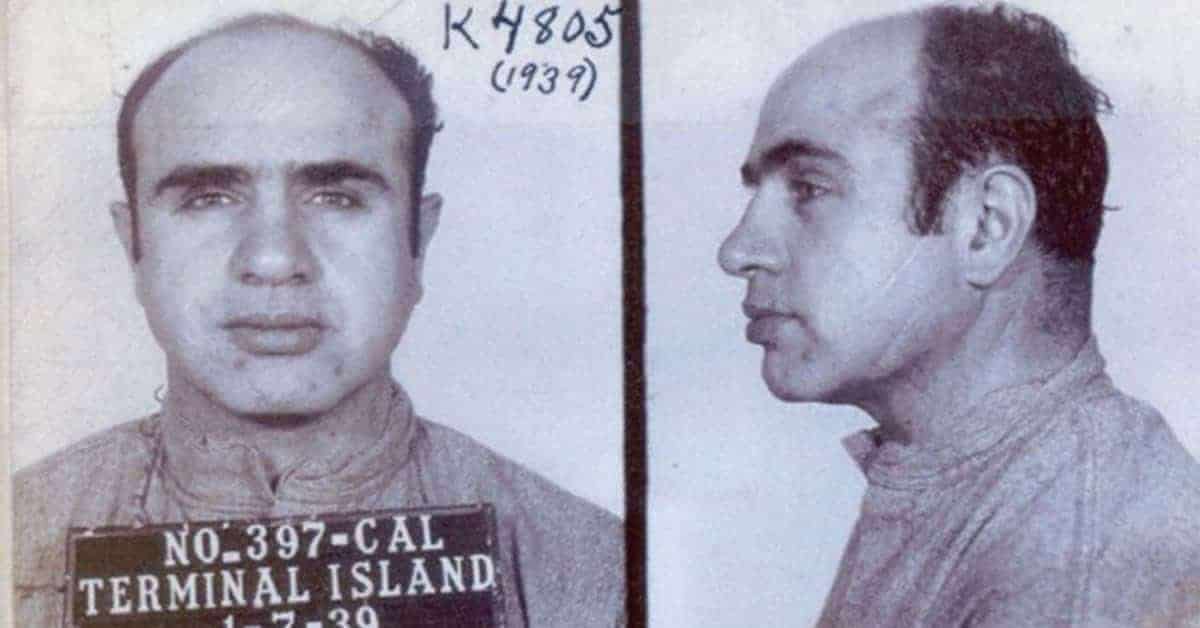 Capone was referred to Johns Hopkins Hospital in Baltimore where he was supposed to be treated for a condition called Paresis which is associated with late-stage syphilis. His doctor was an associate professor of medicine at the hospital, but its board of trustees refused to treat a known gangster suspected of involvement in dozens of homicides.

However, Capone didn’t need to leave Baltimore because Union Memorial Hospital accepted him as a patient. As well as allowing him in for treatment, the facility even permitted him to bring along his entourage which included a barber, food tasters, and bodyguards. Capone was so grateful for the care he received that he paid for two Japanese weeping cherry trees in 1939. Although both trees were planted on hospital grounds, one was removed to make room for a new wing of the hospital in 1950.

The other tree, known as the Capone tree, still stands proudly. In 2010, a snowstorm split the tree in half and broke off a ten-foot portion. A wood turner from Virginia, Nick Aloisio, contacted Union and offered to create mementos from the fallen wood. The hospital asked him to proceed, and Aloisio created wine stoppers, pens, food-safe bowls and a variety of other trinkets. He sold them on eBay, and the hospital received the money. An arborist has planted clippings from the old tree, known as ‘Caponettes’ around the hospital campus.

Despite being happy with the standard of treatment at Union, Capone left Baltimore in March 1940 and moved to Palm Island in Florida. His physician and a psychiatrist from Baltimore performed examinations of Capone in 1946 and concluded that his condition had caused his mental faculties to regress significantly. In fact, they said he had the mentality of a 12-year old. Despite everything, he was still able to retreat to his mansion in Palm Island, but he had a stroke on January 21, 1947. Capone had a cardiac arrest the following day and died on January 25.

While his contribution to Union Memorial Hospital has unquestionably helped improve the aesthetics of its grounds, it is one of the few decent things that Al Capone did in his life. That the last years of his life were spent in constant pain probably comes as some solace to the friends and families of his many victims. Overall, Capone is believed to have been involved in at least 33 murders; the first of which was Joe Howard on June 7, 1923. Howard made the mistake of trying to hijack one of Capone’s beer trucks and paid the ultimate penalty. The last known victim of Capone’s violent whims was probably Joe Aiello on October 30, 1923.

The personality, character and even appearance of Capone have formed the basis of numerous fictional crime lords. However, while he was feared and respected in the Chicago underworld, he possessed no power when in prison and was someone that other inmates liked to bully. His refusal to treat his syphilis resulted in the condition almost destroying his brain. In the end, he died as a sad, lonely and pathetic figure.

Forbes – Al Capone Convicted on This Day In 1931 After Boasting, ‘They Can’t Collect Legal Taxes from Illegal Money’

FBI – How the Law Finally Caught Up With Al Capone

All That’s Interesting – How Did Al Capone Die?