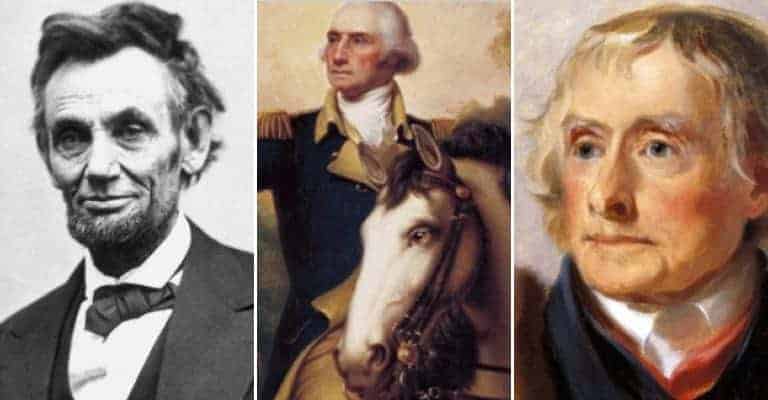 If you had to ask a history student what they know about Harry S. Truman, you’d likely only hear about how he ended World War II with the use of nuclear weapons. For quite obvious reasons, this is the major ‘accomplishment’ of his presidency. For the first (and hopefully the last) time in world history, nuclear weapons were used in a war setting. It might be argued that this was the most difficult decision ever to be made by a sitting U.S. president.

From a domestic standpoint, not much can be said about Truman. Most of the reasons he is on this list are because of his accomplishments outside of U.S. borders. Truman was influential in establishing the United Nations. It can be said that his presidency kicked off the Cold War with the issuance of the Truman Doctrine, which condemned communism’s spread throughout Europe and the World. His support of the Marshall Plan was instrumental in rebuilding Europe after the war, which also led to the precursor to the European Union. Truman also sent troops to South Korea, where the U.S. still maintains a significant military presence to this day.

Another significant contribution that Truman oversaw during his presidency was the creation of NATO, which is a military support organization that is still very influential to this day.

From a foreign policy perspective, it could be argued that no other president had as much impact on history as Truman did. His influence on the rebuilding of Europe, his efforts to combat the Soviet Union’s spread of communism, and his contributions towards the creation of the United Nations can all be pointed to as very significant contributions that are still important today.

No matter how you feel about the United Nations and its effectiveness, most everyone agrees that it has played an important role in post-World War II history. It was not the first attempt made at a worldwide organization meant to enforce policy internationally. The first was Woodrow Wilson’s League of Nations. While it did exist for over twenty years, it was almost immediately seen as a failure as the United States and several influential nations failed to join at all.

So, the question is, why does Wilson make this list? Well, for two reasons. The first is that Wilson led the country through World War I. For over a century, the United States was well-known for ignoring most European wars (which were frequent). Isolationism, exceptionalism, and neutrality are just some of the words used to describe the United States between 1790 and 1917. Of course that didn’t mean that the U.S. stayed out of wars in the Western Hemisphere, but that’s a tale for another time.

Wilson propelled the U.S. into the World War, going against the United States tradition of staying well away from such conflicts. The reason was mostly economical. The U.S. had significant trade with both Germany and France, and when the British and French cut off all trade to Germany, the Germans started to use submarine attacks, which affected the United States, leading Wilson to finally take part in the war. While that is excruciatingly simplified, the German attacks on U.S. trading vessels is largely credited with the American entry into war.

It could be argued that Wilson’s entry into world affairs (specifically those regarding Europe and Great Britain) led to a retreat on those isolationist traditions, because after World War I the U.S. was much more likely to get involved in conflicts overseas. Wilson was also the first president to travel to Europe. While the country would retreat to more isolationist tendencies for the next twenty years or so, the impact of the U.S. in World War I, led by Wilson, would create the precedent needed for future intervention.

The second reason he is on this list is because of his failure to push the League of Nations. By failing fairly spectacularly, he created a blueprint of what not to do when it came time to create the United Nations.