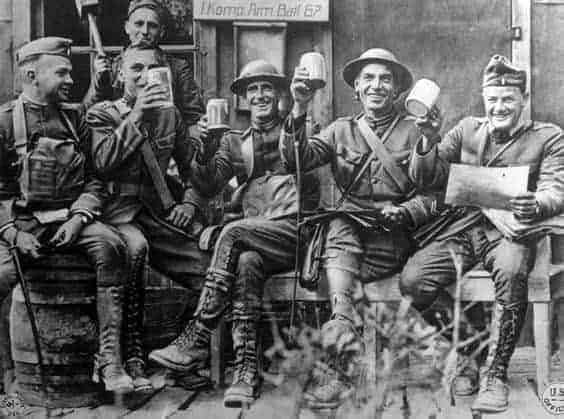 The reasons why the United States entered World War II are well-known worldwide. It is hard to miss the reasons, really. The Japanese attacked Pearl Harbor in December 1941, and the attacks by the Germans on U.S. Allies were getting worse by the day.

The reasons for World War I, however, are not as well-known. On April 6, 1917, the United States entered what was shaping up to be the worst war in human history (up to that point). The war had been raging for more than three years by that time, so it is interesting to look into the reasons why the U.S. entered the fray when it did.

After the Civil War, and after minor wars between Spain and the Philippines, the U.S. was very interested in staying neutral in any international conflicts. Specifically those conflicts that most saw as having very little to do with the interests of the United States.

It was only the continuous attacks by the Germans on naval vessels that held Americans and American goods that pushed the U.S. over the edge. It wasn’t instantaneous, however. There were several attacks before the United States had finally reached the point where they had to respond. One such was an attack on the Lusitania ocean liner, which carried almost 2,000 passengers. It was sunk by the Germans in May 1915. Nearly 130 of the dead were Americans.

In early 1917, the Germans resumed their all-out attack on boats. The United States pulled their diplomatic relations with Germany and started to prepare for war, as even more American ships were attacked by German U-Boats.

On April 6, Congress approved a declaration of war on the Germans, and the U.S. officially entered the war. The war would rage for a further two years, and nearly 50,000 Americans would die, however it was the United State’s entry into the war that marked the turning point that signaled the beginning of the end for the Germans.