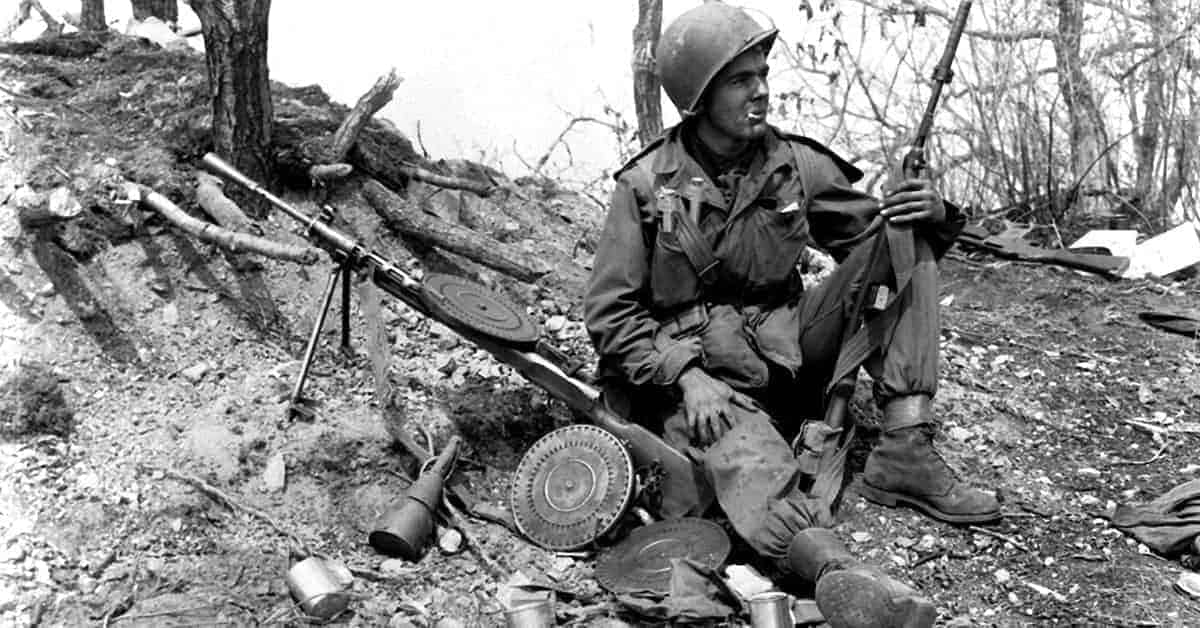 Tensions between the United States and the Soviet Union began even before the end of the Second World War. The Cold War is one of the oddest periods of time to study in history, if for no other reason than both the US and the USSR fought in several proxy wars instead of going to war against each other (which is, of course, a good thing, given both countries ability to destroy the planet with nuclear weapons).

The peninsula of Korea was the location of one of those proxy wars. Up until the end of World War II, Korea was ruled by Japan. During the war, the Soviets liberated North Korea, while the United States moved through the south. This is how the peninsula would be divided at the 38th parallel, becoming North and South Korea.

The Korean War began in June 1950 when North Korea invaded the South. On June 27, 1950, President Harry Truman ordered US troops to Korea. In what would be a common occurrence later in the 20th century, US Troops are still stationed in South Korea.

The North Koreans were supported by both the USSR and Communist China. On June 27, 1950, the recently formed United Nations’ Security Council adopted a resolution that asked for aid from member countries to be sent to South Korea to fight the northern invaders.

The war that followed was truly a war that went back and forth. After two months of fighting, the South was on the verge of defeat, but after a successful counter-offensive in September of 1950 by UN forces, the North was pushed back almost to the Chinese border. It was at this point that the Chinese entered the war with a massive surge of troops into the North, forcing the UN troops to retreat. Throughout much of 1951, the two sides traded blows, so much so that Seoul changed hands four different times. By this time, the war had truly become a war of attrition, where both sides were just trying to wear out the other in hopes of small gains.

The fighting between the North and South ended on July 27, 1953. That is an odd way to say that the war ended, and that is because it really didn’t. Technically, North and South Korea are still at war to this very day, and it seems unlikely to change any time soon. On that day in July 1953, an armistice was signed, which created the Korean Demilitarized Zone at the 38th parallel. It also allowed for the return of POWs from both sides. Both sides still occasionally battle each other.

North Korea has become something of a menace in recent years, as their leadership has continued to develop the means to do war. While the Cold War has technically ended, the hostilities between democratic ideals and communism are still very much apparent on the Korean peninsula.

The United States, according to the Pentagon, saw around 34,000 soldiers killed or wounded in the Korean war, making it one of the deadliest non-World War conflicts that America has ever taken part in.