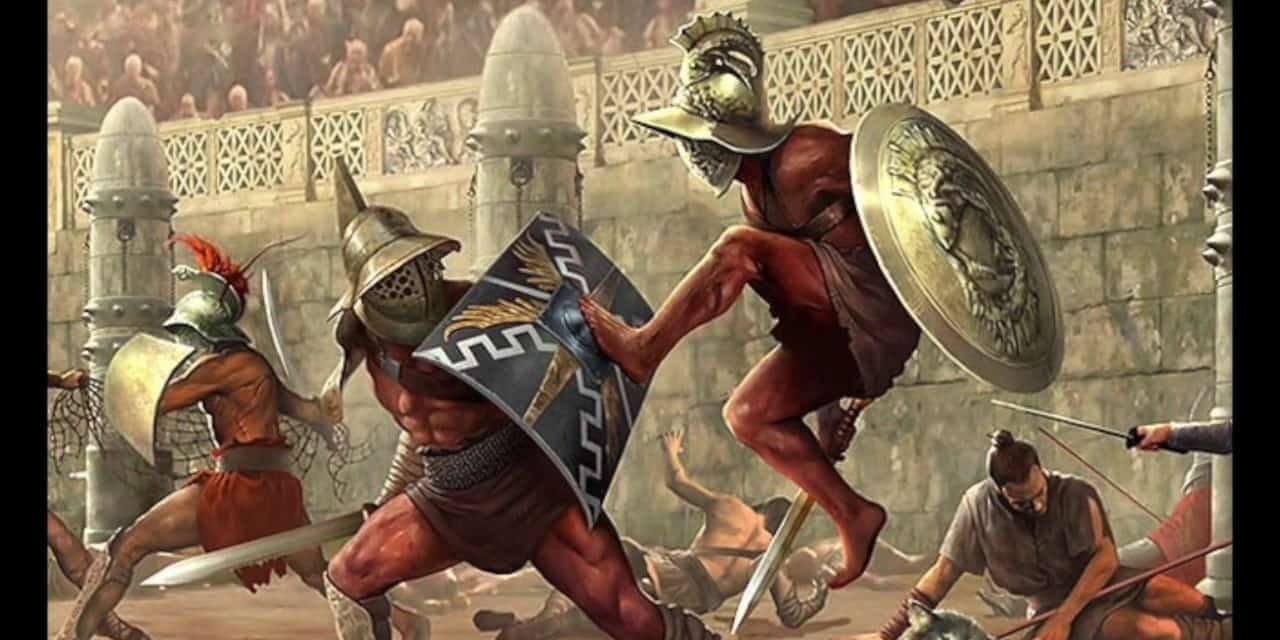 9. As a final indignity, a fallen gladiator could be clubbed by a man in costume, just to make sure he was dead

The fun for the crowd didn’t stop at a gladiator’s death. Before the body was taken from the arena, officials had to make sure the fighter was really deceased – and this became a bloody spectacle in itself. In some cases, a fallen gladiator’s throat was simply cut in the arena mortuary, out of sight of the bloodthirsty crowds. But sometimes, usually during more expensive Games, an arena official would dress as Dis Pater, the brother of Jove, the God of the Underworld. Swinging a giant mallet, he would bash the heads of the fallen and then drag their bodies from the arena floor.