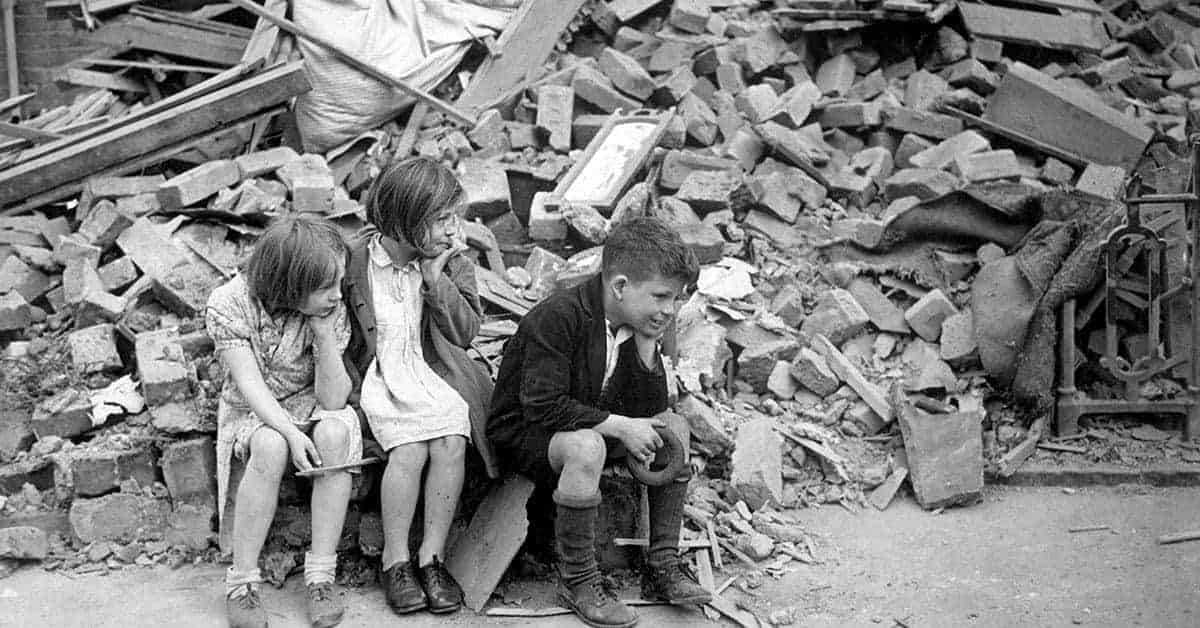 The London Blitz was a series of bombing attacks on Britain carried out by the Nazi Luftwaffe during World War II. The Luftwaffe targeted towns and cities, prioritizing the decimation of London.

The Battle of Britain was a series of aerial encounters between the Royal Air Force (RAF) and the Nazi Luftwaffe for control of air space over the United Kingdom. The fighting lasted from July 10 until October 31, 1940. On September 6, because the Luftwaffe had failed to gain air superiority, Adolf Hitler and Reichsmarchall Hermann Goring, commander-in-chief of the Luftwaffe, ordered the implementation of a new strategy.

Starting September 7, 1940, London was systematically bombed by the Luftwaffe for 56 out of the next 57 consecutive days and nights. On September 15, during a large daylight attack, many Nazi aircraft were shot down. Afterward, the Luftwaffe gradually switched to night attacks, and the Blitz became an exclusively nocturnal operation.

By May 1941, as the Nazis prepared for Operation Barbarossa, the invasion of the Soviet Union, the attack came to an end without crushing the British spirit. The bombings were unsuccessful in slowing war production which continued to increase. The Blitz failed because the Oberkommando de Luftwaffe, the Luftwaffe High Command, did not develop a strategy for destroying the British war industry. The bombing efforts were diluted because of attacks on many kinds of industry rather than a focus on the most vital.

More than 40,000 civilians were killed during The Blitz, half of which occurred in London.

History Collection – This Day in History: Hitler Orders the Blitz To Begin (1940)

History Extra – The Cruel Cost of The Blitz: How Did Everyday Britons Rebuild Their Lives?

The Guardian – Blitzed, Rebuilt and Built Again: What Became Of London’s Bomb Sites?