This Day In History, Hitler Invaded The Soviet Union (1941) 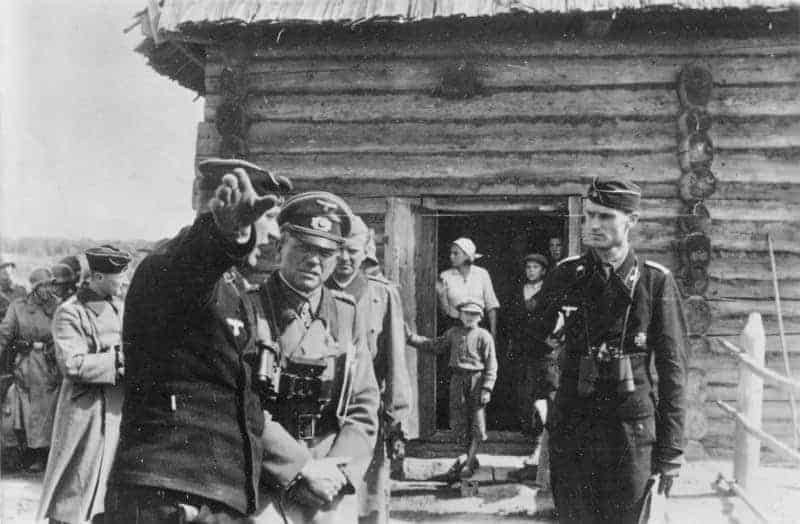 This Day In History, Hitler Invaded The Soviet Union (1941)

On this day in history in 1941, Hitler ordered the invasion of the Soviet Union. This was despite the fact that the Nazi and Communist governments had only signed a non-aggression pact some two years earlier. The invasion of Russian was codenamed Operation Barbarossa. The invasion force was huge over 3 million German troops were employed. Some 6,000 tanks and 2,000 aircraft were also involved. The Germans advanced on a broad front from Finland to Rumania.

Hitler was a lifelong and fanatical anti-communist. It is widely believed that he had long intended to invade the Soviet Union, despite the non-aggression pact. Hitler was especially concerned about Stalin’s activities in Romania. He had ordered his forces to take over some of that country and Hitler believed that he also wanted to seize the oilfields in the country. Hitler saw this as a threat to Germany as it relied heavily on the Romanian oil fields.

Hitler saw a threat to his Rumanian oil supply, upon which his war machine was dependent. At first, he ordered two divisions to Poland to ensure that Stalin did not seize the oilfields. However, Hitler began to expand the operation and soon he ordered his General Staff to organize an invasion of the Soviet Union. At the time, Hitler was not engaged in any fighting in Europe and dominated the continent from France to Finland. Hitler was convinced that Britain was holding out because it had a secret agreement with Russia and Stalin. In December 1940 he issues a directive calling for the invasion of Russia. However, Hitler was acting very erratically and had only invited Moscow to join the Axis a month earlier.

The invasion of Russia was to be delayed. It had originally been intended to invade Russia in May. However, Italy, Germany’s main ally, suffered a defeat in Greece and this forced Hitler to divert forces to the Balkans. This was to be regarded as a costly mistake in hindsight.

When Operation Barbarossa was launched it caught Stalin and the Soviet government by surprise. The Soviet Army did not receive orders on how to respond to the invasion for some time. The Soviets had ignored earlier warnings– Churchill had warned Stalin, that the Germans planned an attack.

The Germans surprised attacked from the land, air and sea. The Luftwaffe was able to destroy some 1000 planes in the air and on the ground. The German panzer divisions used Blitzkreg tactics and they devastated the Russian forces. The Red Army put up a heroic defense but they were disorganized and soon, forced into an all-out retreat. On the first day of Operation Barbarossa, the Germans had pushed some 50 miles into Soviet territory.

The Germans continued their advance with great success for several months. They captured or killed hundreds of thousands of Soviet soldiers. The advent of winter slowed their advance and the Red Army stopped them before the gates of Moscow.