This Day In History: The Luftwaffe Heavily Bomb London (1940) 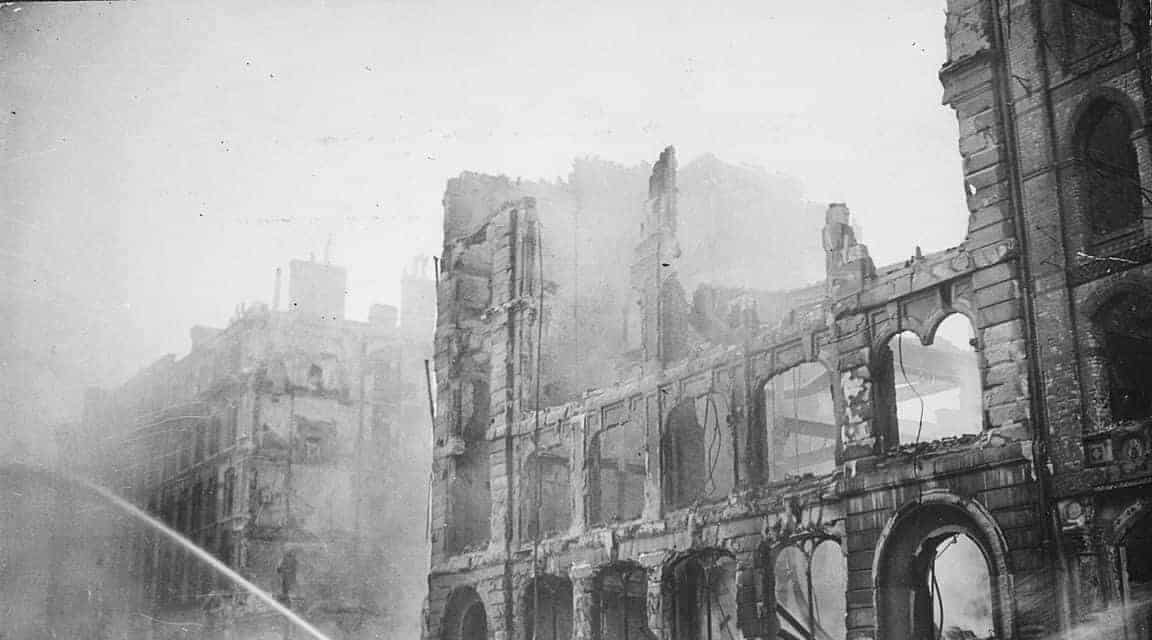 This Day In History: The Luftwaffe Heavily Bomb London (1940)

On the December 29th , 1940, London was bombed by the Luftwaffe. It was to be the most devastating air raid of the war thus far. The German air force dropped incendiary bombs on the British capital and they set large areas on fire. Only for the bravery of the London fire brigade the destruction and the loss of life would have been much worse. Incendiary bombs had been dropped on London before but never so many at one time. London suffered greatly on the night of the 29th of December, 1940 and hundreds of lives were lost. Many bodies were never recovered from the fires that engulfed entire districts. The German incendiary bombs created firestorms that swept across London’s streets and consumed everything in their path.

The German attack was only the latest of heavy raids on targets in the UK. They had bombed London many times since the summer of 1940. The Battle of Britain had begun soon after the Fall of France. Hitler was determined to bring Great Britain to its knees but under Winston Churchill, the British refused to surrender or even negotiate with the Germans. Hitler knew he could not invade Britain because of the strength of the Royal Navy. Instead, he wanted to use air power to break the British resolve to fight on. After a British raid on Berlin had resulted in some civilian casualties, Hitler decided to launch a massive series of bombing raids on British civilian targets. By the autumn of 1940, the Germans were regularly targeting civilian targets. The fire bombs that they used on the night of the 29th of December, 1940 mainly killed civilians and destroyed civilian homes. The German attack on the 29th was a night raid and this was the usual strategy employed by the Luftwaffe after the autumn of 1940 as after one Luftwaffe daylight raid they had suffered a very high casualty rate. The previous October, Hitler had ordered the stepping up of air raids on London, in an effort to bring the British to their knees. The people of London refused to be cowed and they bravely carried on with their lives. This was the ‘Spirit of the Blitz’ and it helped Londoners to get through the worst days of the war.

The Germans increasingly went after civilian targets and this was probably a strategic mistake. If they had maintained their attacks on military targets and especially the RAF they could have had a better chance of forcing the British to come to terms. The people of London would endure more terrible nights like that of the 29th of December but they managed to keep their spirits up and remained defiant. The raids continued until May 1941 until the German’s diverted their attention to the east and the invasion of the Soviet Union.