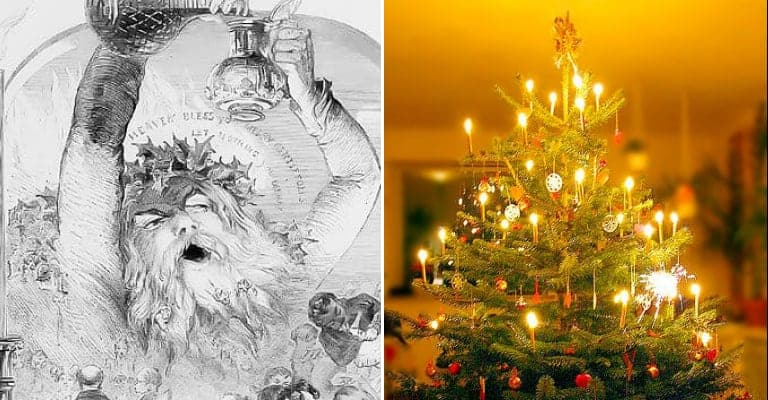 1. Christmas Day was the date of the Rebirth of the Sun before it was the Birthday of the Son of God.

No one knows when the birth of Jesus Christ took place. For the first two centuries of Christianity, no one cared, as early Christians focused more on the dates of the martyrdom of Christ and the saint. However, in 221AD, Sextus Julius Africanus became the first person to link the birth of Christ to December 25thand in 354AD, the date had become inscribed on the calendar of Philocalus in Rome. Over the next two centuries, the idea spread and Christians across the eastern and western empire began to accept December 25th as Christ’s birthday.

December 25th was chosen as the birthday of the Son of God because it was already the day of the rebirth of the sun. December 25th was the first-day people could appreciate increased light after the ‘sun standing still’ at the winter solstice. So, they marked the day as the birthdate of sun gods such as Mithras or the Sun god Sol Invictus: the victorious sun. So, the early church chose December 25 to ‘absorb’ the festivities surrounding these deities- and refocus them on the birth of Christ. While some Christians regarded this acquisition as a victory, others such as Augustine of Hippo had to keep reminding people it was the Son of God and not the sun they were worshipping.

Where Do We Get This stuff? Here are our sources:

Stations of the Sun: A history of the Ritual Year in Britain, Ronald Hutton, 1996

The Contest of the Ivy and the Holly, in Songs of the nativity by William Henry Husk, John Camden Hotten.

Did the Romans invent Christmas? BBC: Religion and Ethics, December 17, 2012

What Is the Significance of the Three Wise Men and Their Gifts? Robert Hampshire. Christianity. 1 December 2020