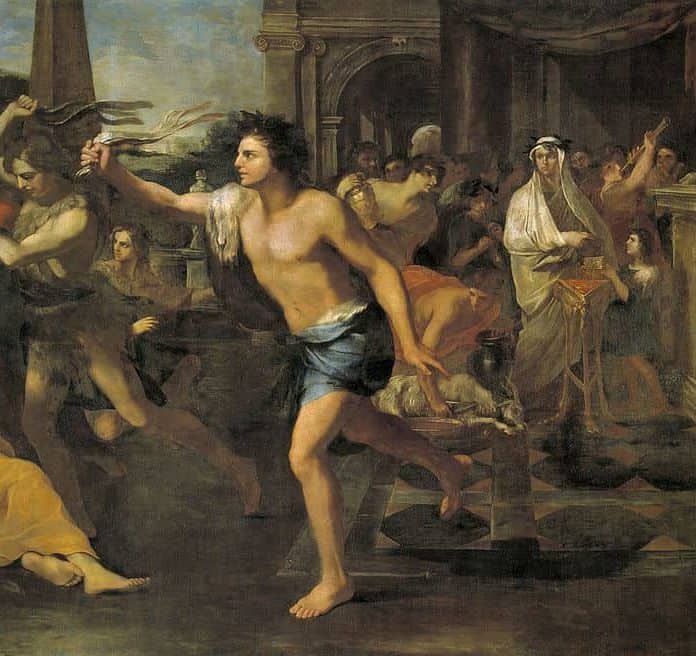 Pagan traditions and celebrations preceded the onset of Christianity. Arising spontaneously in the ancient world, holidays and feasts developed in Syria and Egypt, Persia and Mesopotamia, in Gaul and the dark woods of present day Germany, and in the Roman Empire. The Norse of Scandinavia, the Druids in England and Ireland, the indigenous peoples of the Americas, all celebrated holidays throughout the year. Despite the lack of communications all of these celebrations shared something in common. They all followed the sun.

Festivals, feasts, and celebrations, centered round the winter and summer solstices, appeared in all pagan civilizations centuries before the birth of Jesus of Nazareth, and continued for centuries after. Originally the Christian Church frowned upon these pagan rituals, but when traditions were too difficult to overcome the Church absorbed them, creating the ecclesiastical calendar around there existence. Scholars doubt that Jesus was born in December, even the Biblical account of shepherds watching over their flocks in the fields – which would not have happened in winter – make a winter birth unlikely. But celebrating Jesus birth’ during the time of the existing pagan celebration of the solstice was convenient and the Church usurped the holiday.

Here are some Christian holidays, beliefs, and rituals which are based upon pagan celebrations and beliefs, in both their timing and their traditions.

As early as 2000 BCE the Mesopotamians celebrated the New Year, but the timing of the celebration was centered on the vernal equinox, in March. The first calendar of the Romans, which contained only ten months in a solar year, placed the start of the year as March 1. The last four months of today’s calendar reflect their position in the year through their names; September contains Septem, Latin for seven, October, Octo meaning eight, and so on. The exact time of the appearance of the months January and February is uncertain, but they were originally placed at the end of the year, rather than at the beginning.

The Roman celebration of Saturnalia, which centered on the winter solstice, spread with the growth of the empire. Exactly when the celebration of the New Year came to be placed at the first of January is disputed, but by 153 BCE much of the Roman Empire was using that date to salute the beginning of a new solar year. This continued through the first five centuries following the birth of Christianity, and in 567 CE the Council of Tours officially banned January 1 as the start of the New Year. Instead, the date of the New Year floated throughout medieval Europe, dependent on the calendar used in differing regions, some using December 25, some March 1, and some other dates, all of which were selected for their astrological significance.

In selecting January 1 as the New Year and a feast of the Christmas season, the Gregorian calendar marked a date which was already a day of celebration among the Christian community, absorbed by them from pagan rituals which celebrated the restoration of the sun. The winter solstice is the shortest day of the year in the Northern Hemisphere, immediately following it the days begin to grow longer in terms of hours of sunlight, and it was this which had been celebrated in the ancient world. The Gregorian designation of the date as a religious feast did little to impair the celebration of the return of the sun, or the traditions it established.

Under the Gregorian calendar New Year’s Day remains the octave of Christmas, but many other cultures and religions celebrate other days as the New Year, including China, Southeast Asia, India, and in Islam (which uses a lunar, rather than solar, calendar causing New Year’s Day to float). Although officially a solemn religious holiday in the eyes of several Christian Churches, the celebration of New Year’s Day and Eve are more given over to hedonistic pursuits, as it was before the date was selected to be a major feast day of the Roman Catholic and Christian calendar.